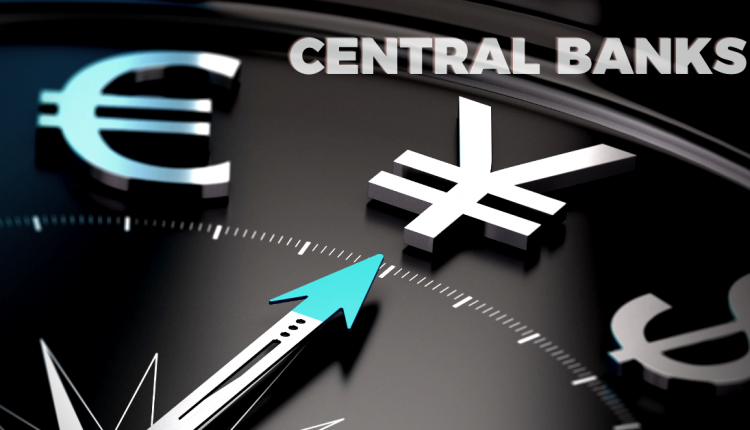 After the start of the year adjustment in the markets, risk sentiment has taken a bit of a hit lately.

Stock markets are underperforming, and the dollar is getting stronger. Generally, this is attributed to worries about potential delays in the covid vaccine roll-out.

The delays imply that lockdowns and other forms of restrictions will be around for longer than anticipated.

As economists predict another round of economic distress, speculation has turned to see what central banks will do. Until recently, the consensus was that rates and policy would remain largely the same until the recovery was fully established.

But another downturn could mean more monetary policy changes are coming up.

Micro-cut out of Canada?

First up on Wednesday is the interest rate decision by the Bank of Canada.

Back in November, Governor Macklem hinted that a further rate cut was possible. With the Bank reluctant to go to negative rates, this implies an “Australia-style” 10-15 basis point cut.

The consensus among economists, though, is that the BOC will keep rates and policy the same. The argument is that it’s too soon and that the BOC hasn’t even started first ramping up asset purchases.

Where there could be some movement is that the BOC will give an update to its economic projections for the year.

After falling back into lockdown, general expectations are that they will cut the forecast at least for the first quarter.

Bank of Japan to hold the line

The BOJ was already in full stimulus mode when the pandemic hit. And the consensus is that they have pretty much exhausted their options. Despite insistence to the contrary by the Bank itself.

With negative rates, yield curve control, and asset purchases, there is little the BOJ could do to rile up markets.

As usual, Governor Kuroda’s extended press conference is likely to be where the attention is at, as reporters try to get some clues about guidance.

Expectations are for the BOJ to update its projections at the March meeting. And there is a near-unanimous agreement everything will stay on hold until then.

The ECB doing by not doing

After its policy extension in December, it seems the ECB is in a good place to sit back and watch what happens.

The common bank has set up a policy timeline into early 2022 that most analysts believe it will follow. They expect nothing more than potential tweaks to balance out the twin issues of a stronger euro and the threat of inflation.

These are problems that aren’t likely to manifest until the vaccine distribution is further underway.

Where we could see some issues is later in the press conference, as President Lagarde is getting a reputation of, shall we say, communication challenges.

The meeting happens in the context of the delicate situation in Italy, and continuing post-Brexit discussions. And, well, we don’t know what the President might say that needs to be clarified after the market has gone for a bit of an excursion.