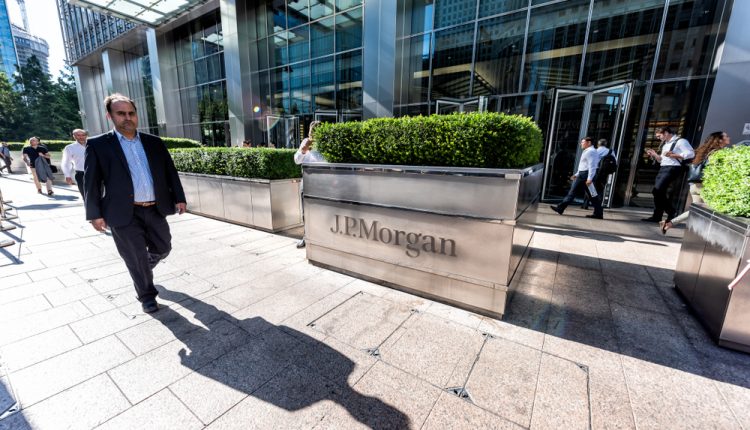 Shares in JP Morgan are trading a little higher pre-market on Tuesday. The bank’s shares have been on a firm rally over recent months with price surging higher off the 91 level lows recorded in September 2020 to recent highs above the 141 level.

The bank recorded fourth-quarter earnings per share of $3.80, well above the $2.62 Wall Street was looking for.

Revenues were also higher than expected at $30.16 billion versus $28.70 billion projected. Notably, the bank declared that it had released $2.9 billion from its credit loss reserves. This created a $1.9 billion boost once around $1 billion in charge-offs had been stripped out.

In terms of the drivers behind the bank’s solid performance, JP Morgan CEO Jamie Dimon cited the optimism around COVID vaccinations and expectations of US stimulus as the key reasons that allowed them to release their cash reserves.

“While positive vaccine and stimulus developments contributed to these reserve releases this quarter, our credit reserves of over $30 billion continue to reflect significant near-term economic uncertainty and will allow us to withstand an economic environment far worse than the current base forecasts by most economists.”

In 2020, JP Morgan began building a significant cash reserve ahead of anticipated credit losses linked to the pandemic.

However, with the worst of the economic shock from the pandemic now looking likely to have passed and with major new stimulus on the horizon, the bank feels comfortable in releasing some of these reserves.

However, Dimon was keen to highlight that he doesn’t view the release as part of the bank’s core operating results.

Instead, as part of calculations that “now involve multiple, multi-year hypothetical probability-adjusted scenarios, which may or may not occur”.

JP Morgan, which is the biggest US bank by assets, was one of the best performing in the sector over the course of the pandemic. 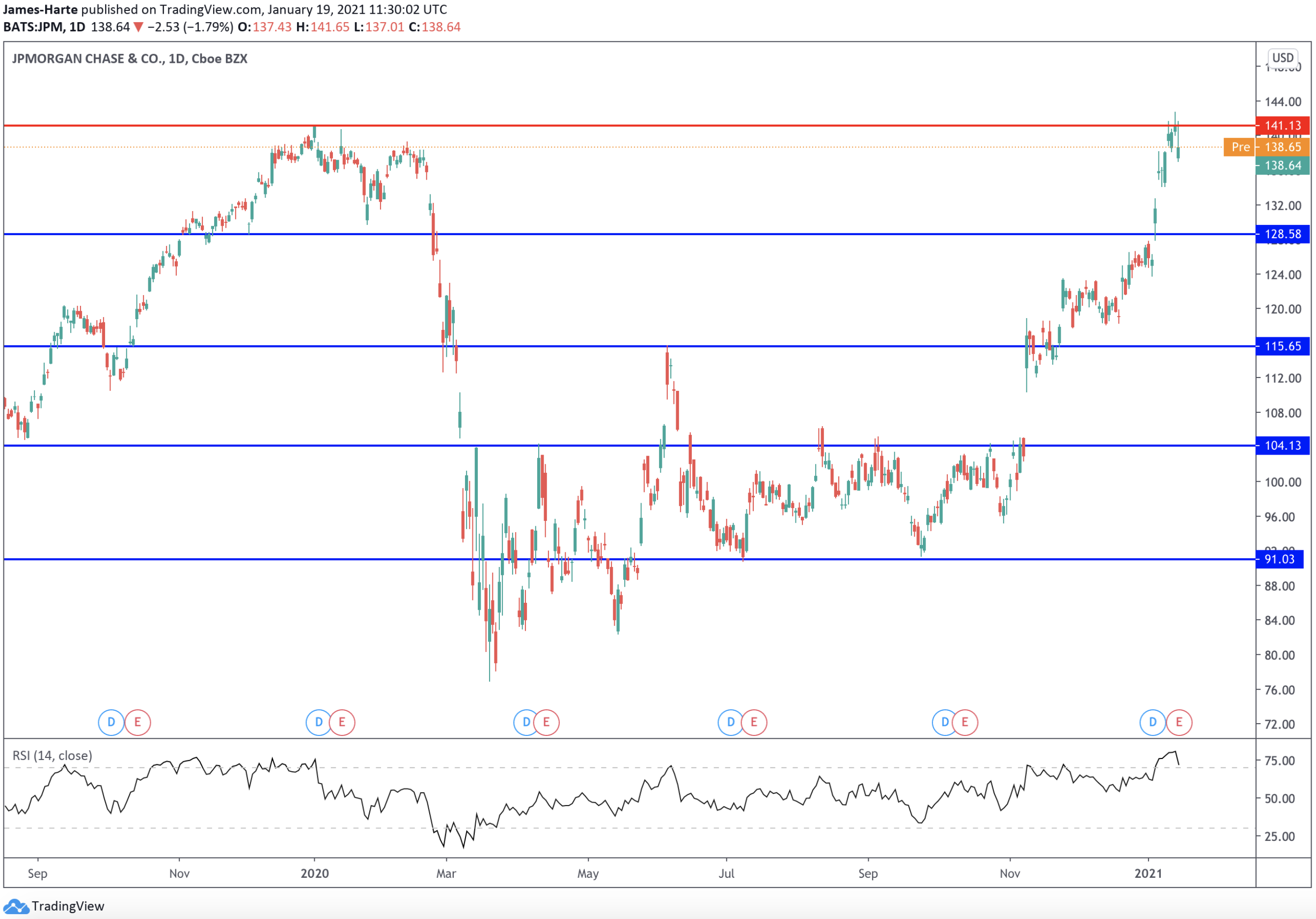 Shares in JP Morgan recently pierced above the 141.13 level resistance before reversing slightly to trade back below the level.

The company’s stock has been on a strong rally recently. The short term view remains bullish despite some correction expected. As the 128.58 level holds as support, the focus is on a break above the 141.13 level next.