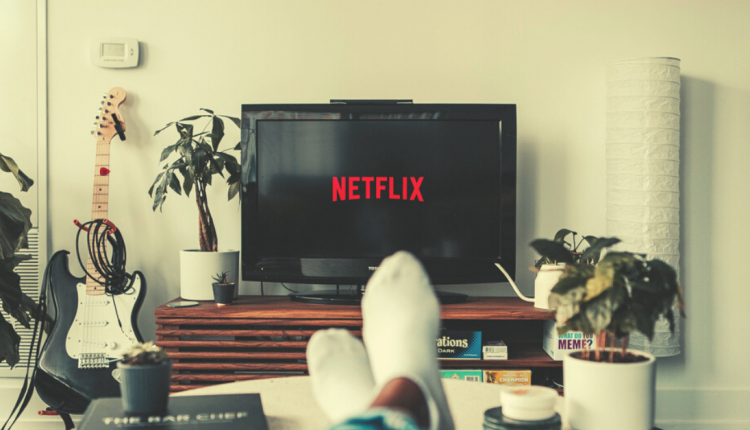 Shares in US streaming titan Netflix are trading firmly higher pre-market on Wednesday. Netflix has seen its stock price jump 13% out of hours in response to yesterday’s Q4 earnings release.

While earnings per share were below estimates, the company reported strong revenues and new subscribers growth. This fuelled the sharp move higher ahead of the US open on Wednesday.

Netflix reported fourth-quarter earnings per share of $1.19, undershooting analyst expectations for a $1.36 EPS. However, revenues rose by $6.64 billion over the quarter, above the projected $6.26 billion Wall Street was looking for.

Notably, Netflix has now jumped above the 200 million paid subscribers mark for the first time, having broken above 100 million back in 2017.

Expectations of turning free cash flow positive are highly significant and mean that the company would no longer need to source external financing.

Commenting on the potential buybacks the company is considering, CEO Spencer Neumann said:

“We put a premium on balance sheet flexibility, so we’re going to continue to invest aggressively into the growth opportunities that we see and that’s always going to come first. But beyond that, if we have excess cash, we’ll return it to shareholders through a share buyback program.”

Netflix noted that it intends to increase the amount of debt it pays down. They have raised $15 billion since 2011 with $8.2 billion on hand at the present time.

The company was also keen to point out that its performance over 2020 came despite increased competition. Rivals included Disney, which launched its streaming service, Apple TV+, HBP Max, and others.

Noting that while Disney had a strong first year (87 million paid subscribers) Netflix had recorded its biggest year of paid membership growth in the firm’s history. This keeps the company’s outlook firmly positive. 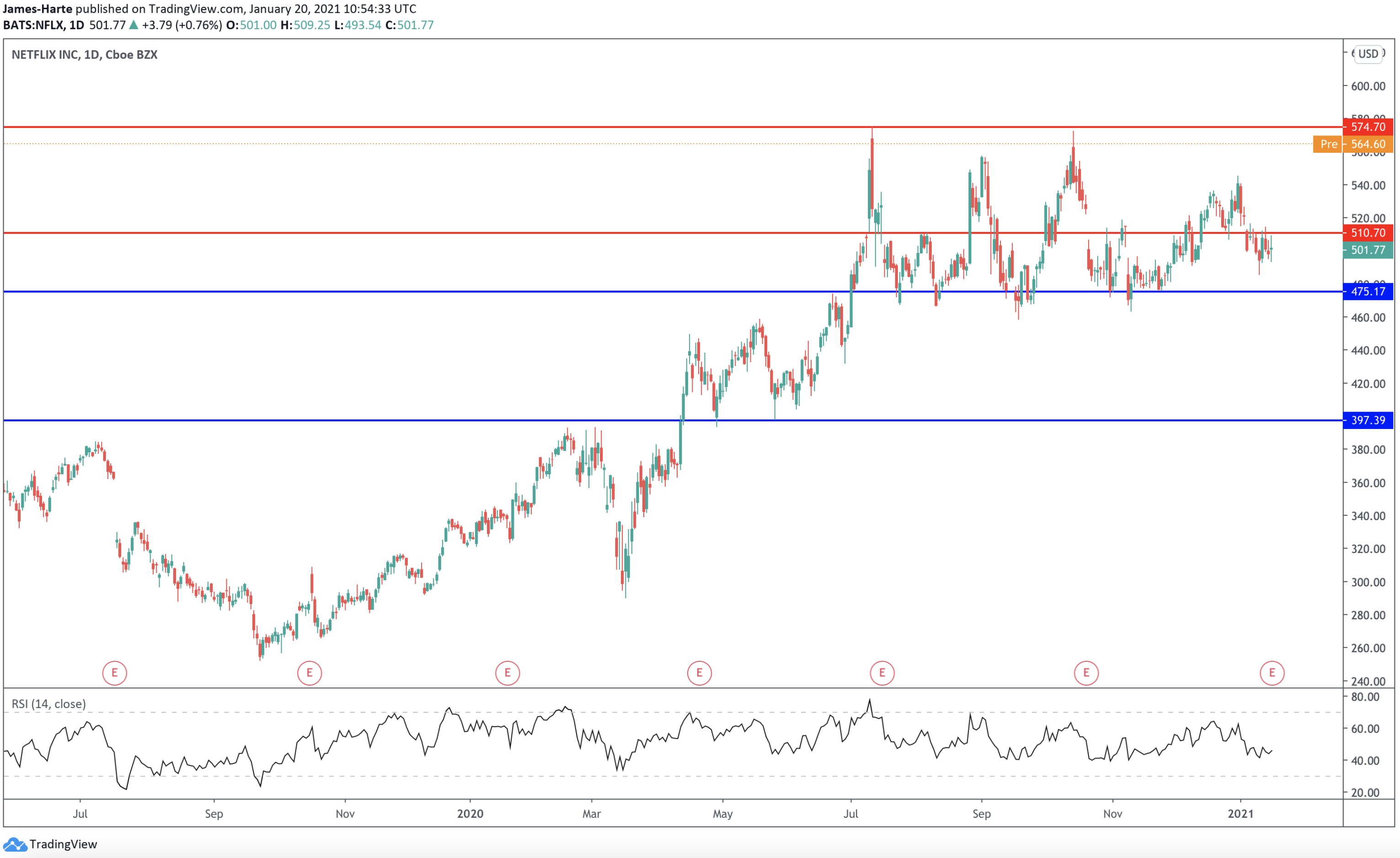 Shares in Netflix surged above the 510.70 level overnight, which now turns support. Price is now sitting just below the major 574.70 level. A break of here would be a solid bullish signal for Netflix shares.