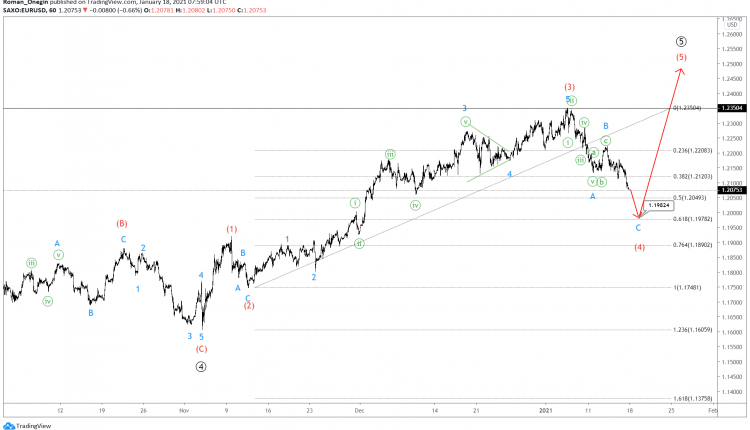 Currently, the market is forming a bearish correction (4) of wave ⑤ as an A-B-C zigzag.

Minor sub-waves A and B have ended, and the impulse wave C is still under development. Its completion is possible near 1.1982.

The price could then rise in the final wave (5) above the maximum formed by the wave (3). 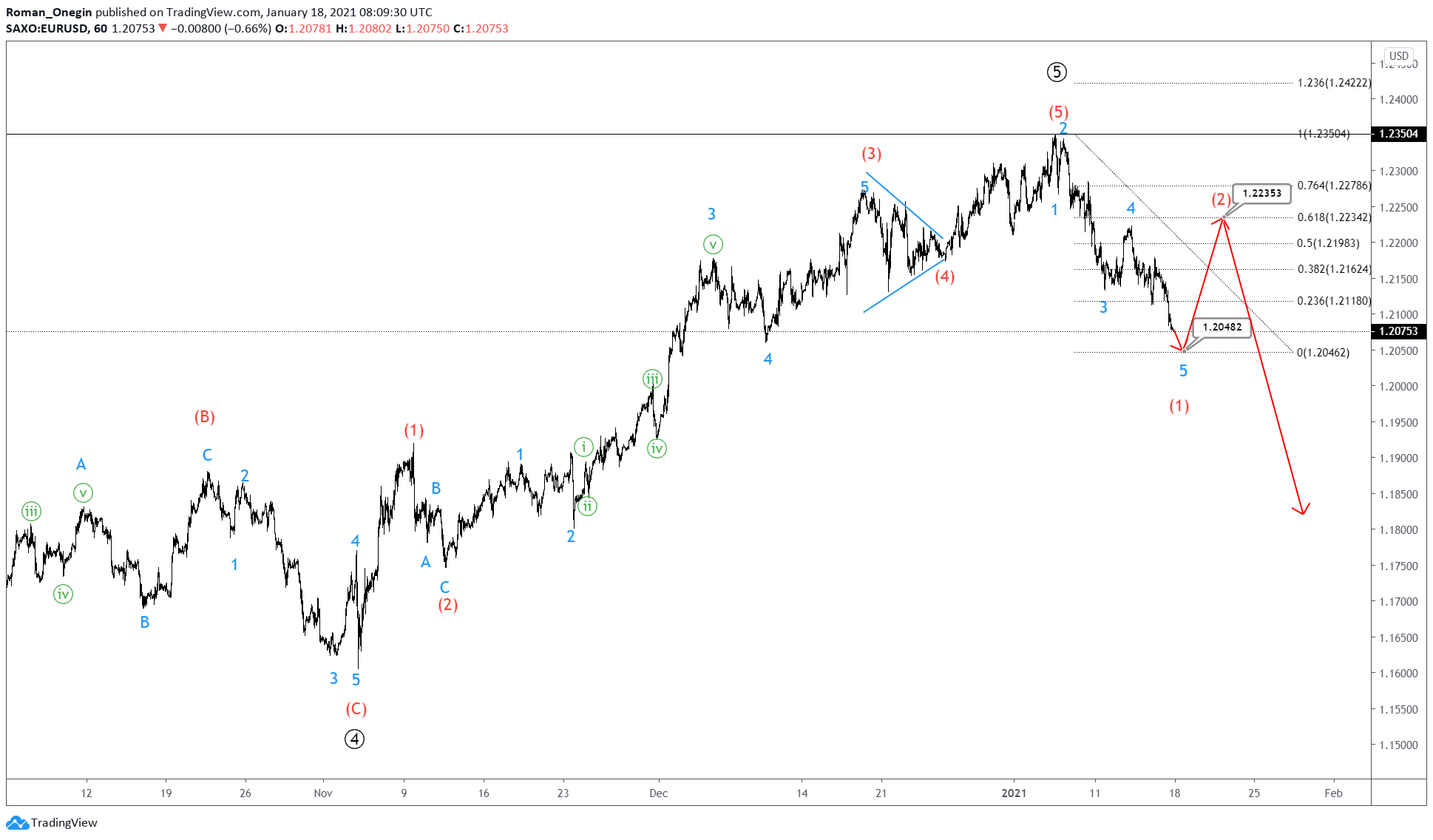 A second scenario shows the bullish impulse of the primary degree is fully completed. Now the formation of the initial part of a new bearish trend is taking place.

After the full completion of the intermediate impulse (1), the price could rise in correction wave (2) to the 1.2235 area. At that level, the specified correction will be at 61.8% of wave (1).