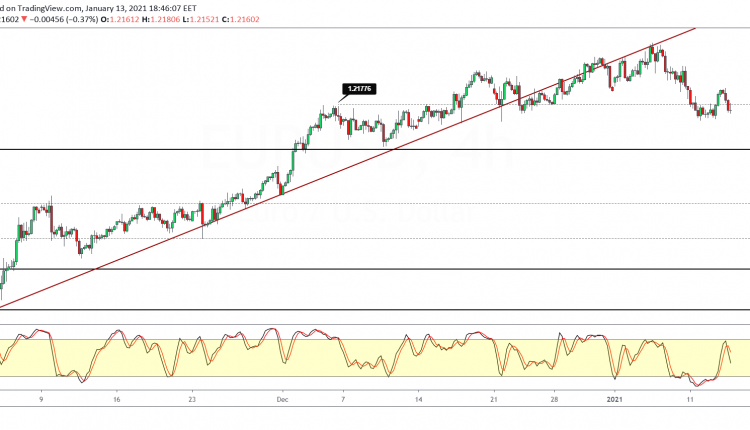 The euro currency is resuming its decline as the USD is making a rebound following the one-day slump on Tuesday. As a result, the euro currency formed a lower high above the 1.2200 level.

With the Stochastics oscillator also signaling a bearish move, further declines are likely.

Following the break down below Monday’s lows near 1.2138, the euro currency could post steeper declines. The next main target is seen near the 1.2050 level of support.

To the upside, any rebound is likely to stall near the 1.2179 level. The downside bias changes only if the euro currency can rise above Wednesday’s highs of 1.2220.