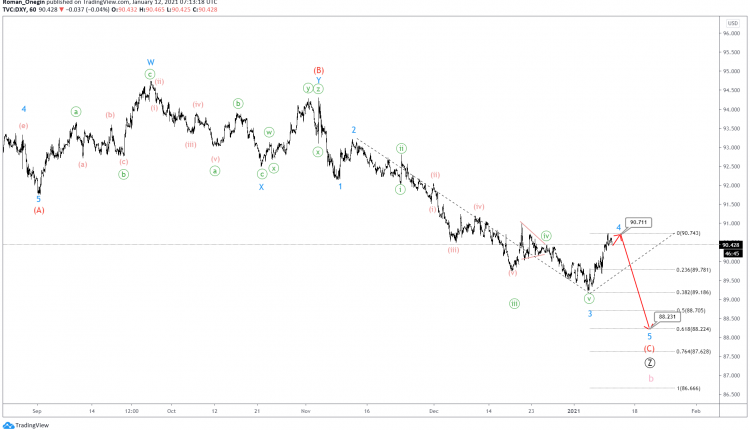 The DXY formation hints at a cycle correction b, which takes the form of a triple Ⓦ-Ⓧ-Ⓨ-Ⓧ-Ⓩ zigzag.

The final wave of the triple zigzag is an intermediate (A)-(B)-(C) zigzag.

Prices are could decline within impulse wave 5 near 88.23. This will be at the 61.8% Fibonacci extension of small impulse wave 3. 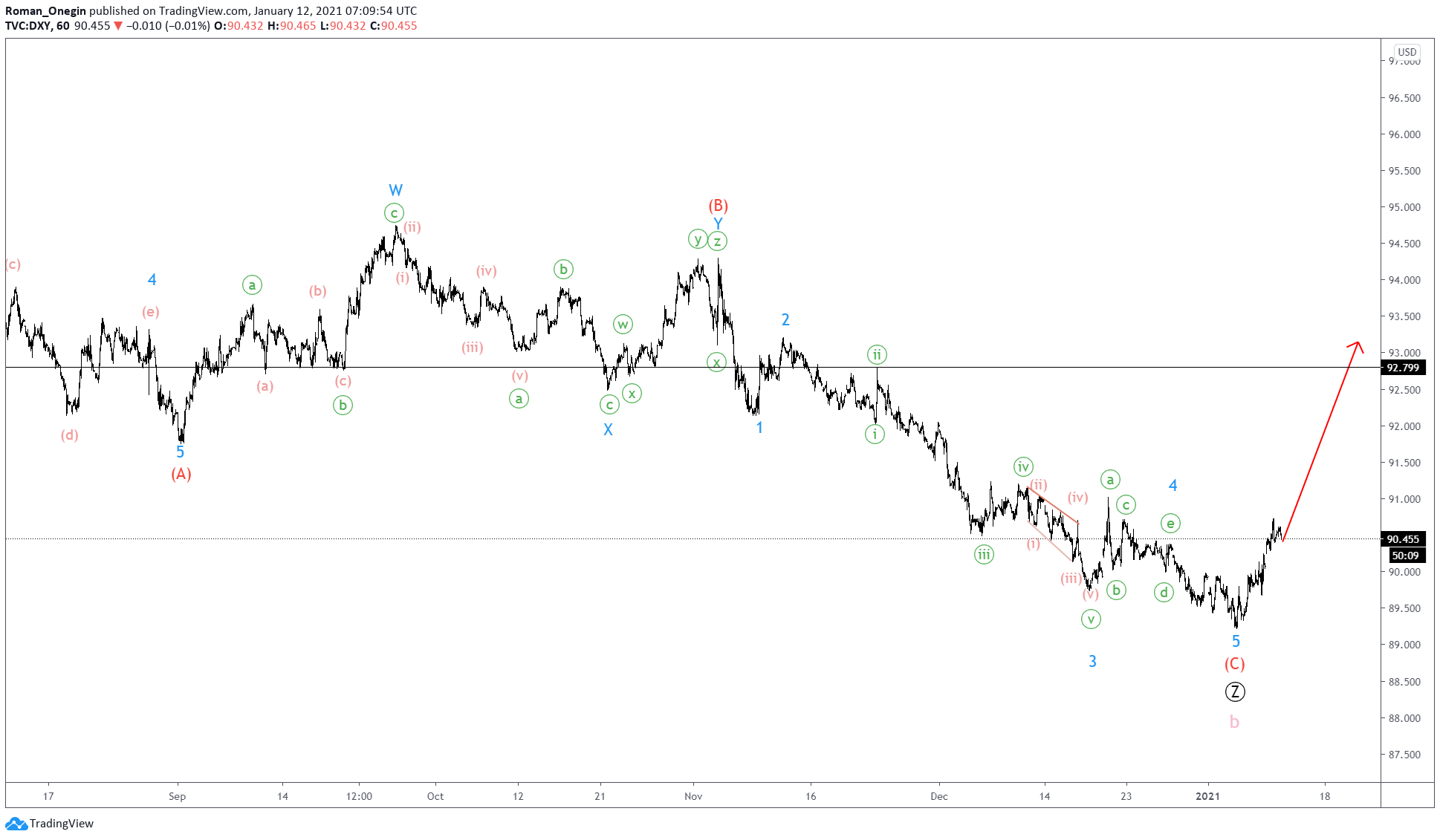 An alternative scenario indicates a fully formed cycle correction b.

Thus, in the medium term, we expect an increase in prices and the formation of a new bullish trend. A new cycle degree wave c could form an impulse or an ending diagonal.

In the next coming trading days, bullish growth is expected above the maximum formed by the second-minute wave, above 92.79.