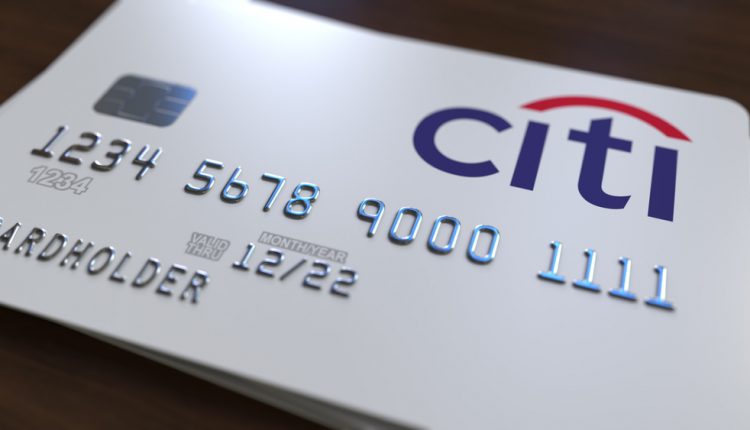 Shares in Citi Group are flat ahead of the US open today following a heavy sell-off on Friday. Selling interest mounted late last week in response to the bank’s Q4 earnings. The bank reported better than expected earnings per share of $2.08, versus $1.34 expected.

However, revenues undershot analyst forecasts. Revenues came in at $16.5 billion over the final quarter of 2020, just short of the $16.7 billion Wall Street was looking for.

The bank recorded that credit losses were over $2 billion less than during the prior year. The move was in line with what we have seen from other banks who built up huge reserves for credit losses In response to the COVID pandemic.

The fact that banks are now starting to release these reserves is a strong sign that they feel the worst of the pandemic is behind us.

Commenting on the results, Mike Corbat, who is stepping down as CEO, said:

“As a sign of the strength and durability of our diversified franchise, our revenues were flat to 2019, despite the massive economic impact of COVID-19.”

Corbat will be replaced by Jane Fraser, soon to be the first female CEO of a Wall Street bank. Fraser addressed shareholders, outlining her plans to lead a review of the bank’s strategy.

Speaking on the call, Fraser said:

“We’re taking a clinical look at our strategic positioning, assessing which businesses can attain leading market positions in a much more digitized world. Like any true Scot, I believe there is value to unlock by simplifying the firm.”

Citi was in the headlines recently over its involvement in a lawsuit regarding its risk controls and compliance following the bank accidentally sending $900 million to lenders of Revlon last year. Lenders were initially refusing to return the funds which led to Citi enacting lawsuits against certain creditors before the matter was finally resolved. 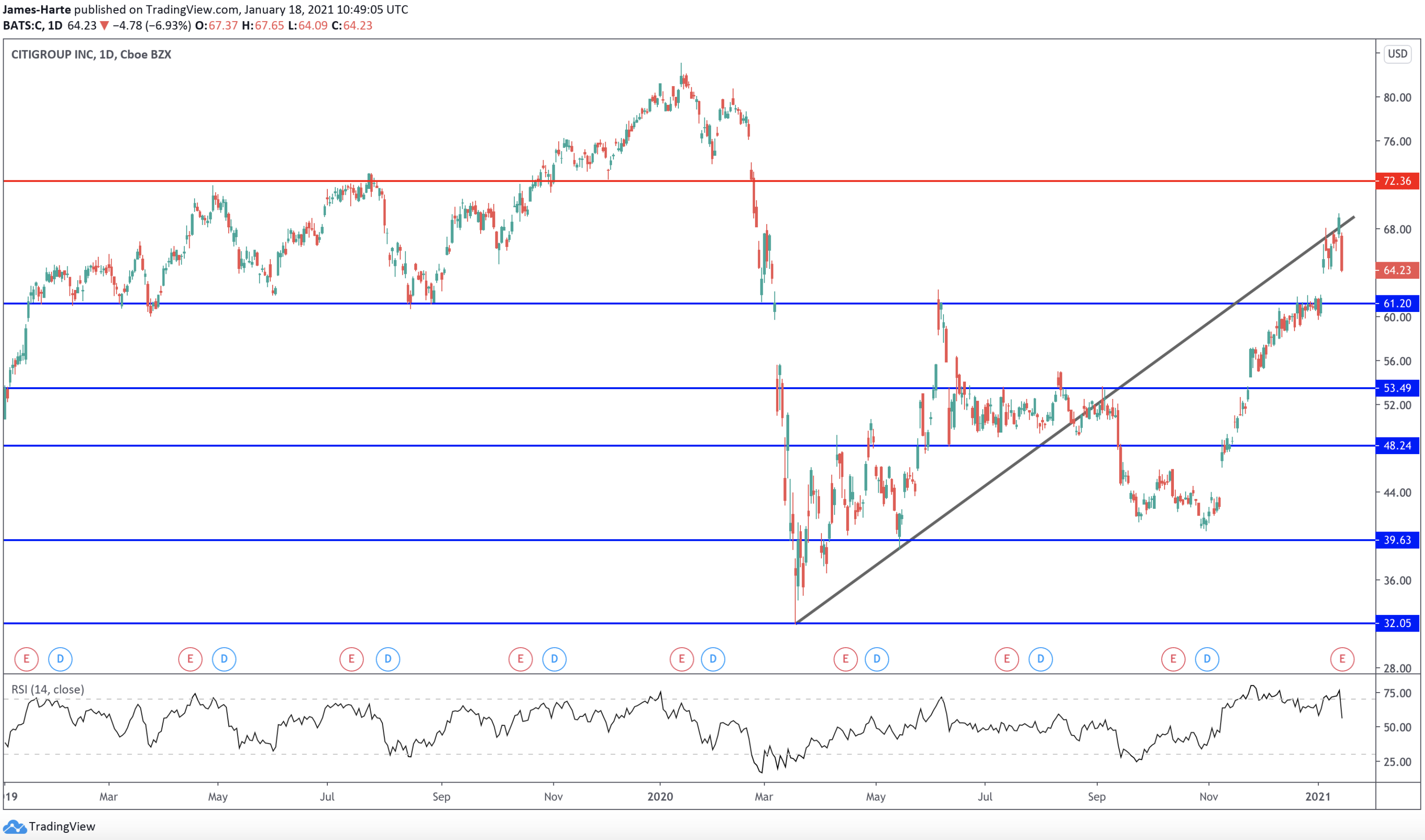 The recent rally in Citi’s shares above the 61.20 level saw price trading up to retest the broken bullish trend line from 2020 lows. However, the retest is currently holding as resistance with sellers turning price lower from the level.

While the market holds above the 61.20 level, however, the focus is on the continued upside in the near term.