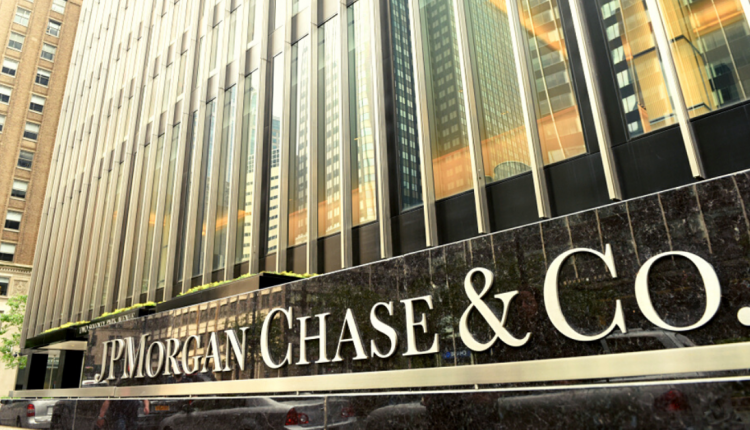 US banking giant JP Morgan is due to report third-quarter earnings today. The release is being closely watched as a gauge for how the US banking sector performed as a whole in the three months through September.

Shares in JP Morgan traded higher initially in response to a set of positive Q2 results. The bank posted second-quarter earnings per share of $1.38. This beat estimates for a $1.15 reading. However, just over a month later, shares were knocked lower. This was in response to the news that the bank had been ordered to pay almost $1 billion in fines. The payments were to settle a government investigation into alleged malpractice.

The bank was investigated by the Justice Department, the Commodity Futures Trading Commission, and the Securities Exchange Commission. It was over claims that the bank was involved in spoofing. This refers to a practice where the market is flooded with false orders. It is done to influence price action. Following the 2008 global financial crisis, the practice was banned.

The fine represents a record penalty for the illegal practice. Although, it has not resulted in any other restrictions or penalties on the firm. The case came about initially in September 2019. It involved a 14 count criminal indictment against three JP Morgan staff members, including the global head of base and precious metals trading. The case also involved eight unnamed co-conspirators based at the New York, London, and Singapore offices of the bank.

In Q3, the market is looking for a $2.23 EPS. This marks a strong increase from the Q2 reading along with revenues of $28.21 billion.  It is worth noting that over the last two years, JP Morgan’s results have beaten analyst forecasts 88% of the time.

Bellwether For US Banking Sector

JP Morgan is seen as a bellwether for the banking sector as a whole. This is given that the bank is the largest US bank (by its assets) and that it is the first to report earnings each season. As such, JP Morgan’s earnings have the potential to cause volatility in other banking sector stocks as well as in the stock market as a whole.

A poor result will likely weigh on risk appetite, increasing the expectation of broader poor performance in the banking sector. On the other hand, a strong result should boost risk appetite sending risk assets higher. 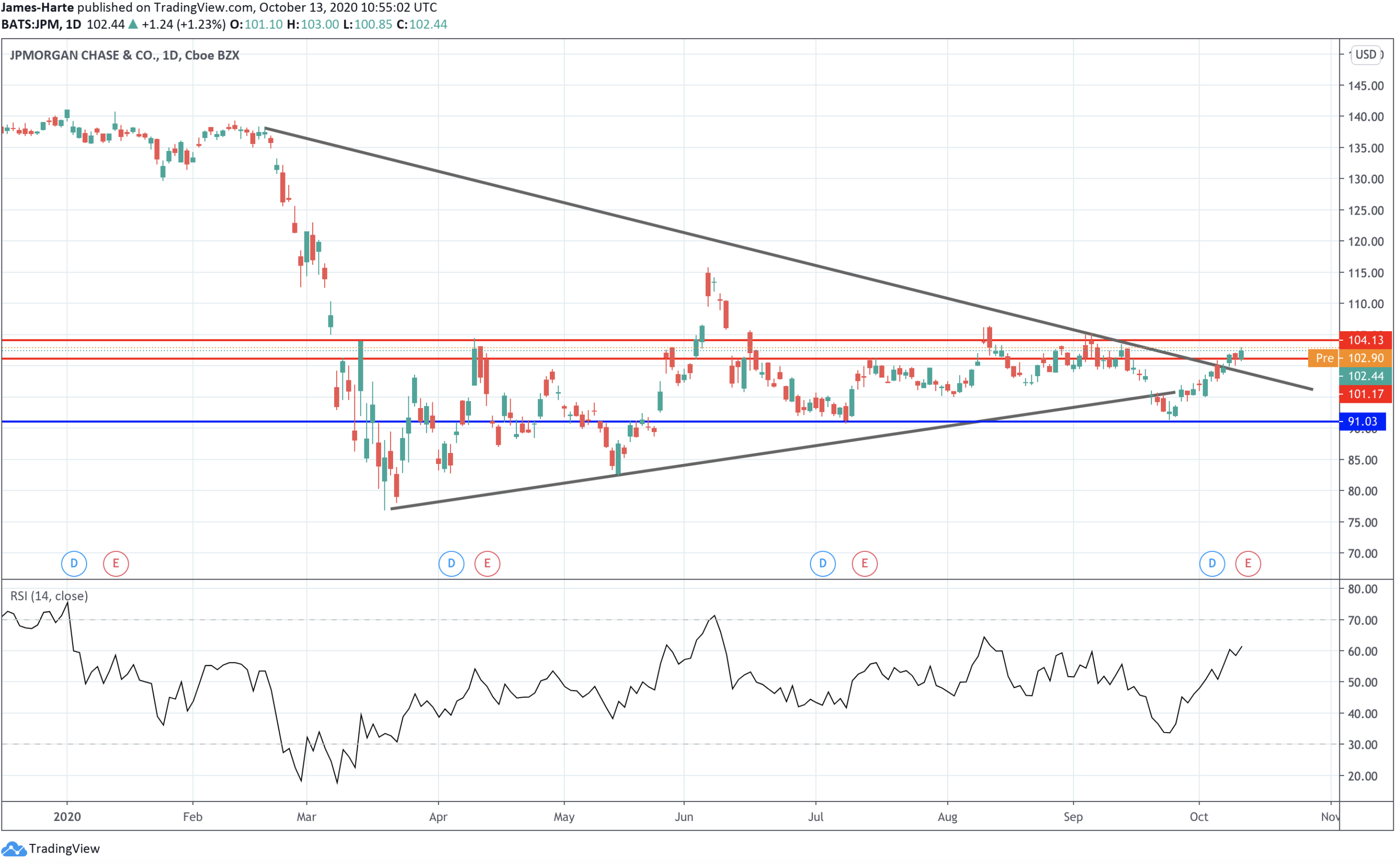 Shares in JP Morgan have broken above the bearish trend line from 2020 highs and are now testing resistance at the 101.17 level. Above there, the next resistance to note is the 104.13 level. A break of which could pave the way for a broader reversal higher if bulls can use the 104.13 level as a platform to build on.

To the downside, the main support to note is at the 91.03 level.

How to Prepare for the US Election

EURUSD Gives Back Gains as it Loses 1.1800 Handle