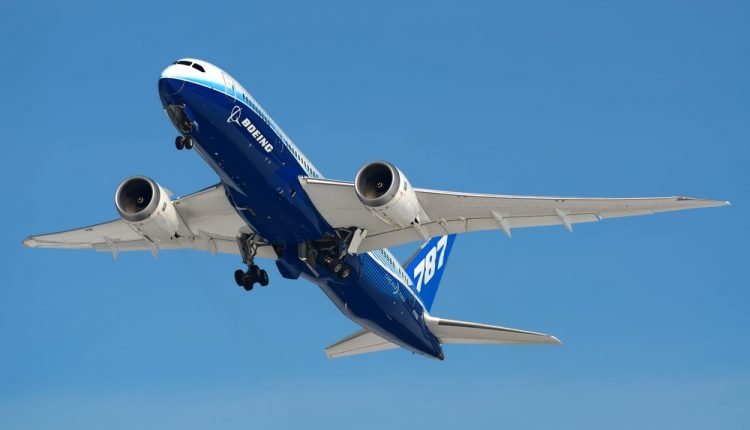 Shares in aircraft maker Boeing are trading a little higher pre-market on Thursday. The company’s shares have been in decline over recent weeks as concerns over the resurgence in lockdowns. Travel restrictions have once again hit air-travel demand.

Boeing’s shares had been rallying firmly ahead of the December decline as optimism over the COVID vaccines lead to speculation of increased air travel demand this year.

Boeing has been in the news this week over reports that Amazon has bought several Boeing jets off Delta, WestJet as aircraft prices have dropped dramatically over recent months. The closure of many airlines and the heavy reduction in operating capacity has seen many companies selling off parts of their fleet.

Boeing recently confirmed that it has closed its research and development center in Seattle. The Chicago-based aerospace company made the announcement as part of its continued effort to reduce its workforce and real estate footprint.

Commenting on the move, Boeing said the closure will:

“streamline our operations and make more-efficient use of our facility space. Boeing continues to invest in the development of advanced composites for future products, and, going forward, this will take place in other local Boeing facilities.”

Boeing recently brought back the controversial Boeing 737 Max into service. Following the two fatal crashes that killed over 300 people, the mode was grounded for 20 months.

Interestingly, Boeing noted that passenger bookings hadn’t been affected by the negative press around the incidents. The model was brought back into service following significant changes to its safety systems. The company met the safety requirements of different global safety regulators.

Boeing is due to next report earnings on February 3 and is forecast to report Q4 earnings of -$1.06. In Q3 the company bounced back from two prior negative quarters to post earnings per share of -$0.79. This was a significantly smaller loss than the -$2.31 EPS expected. 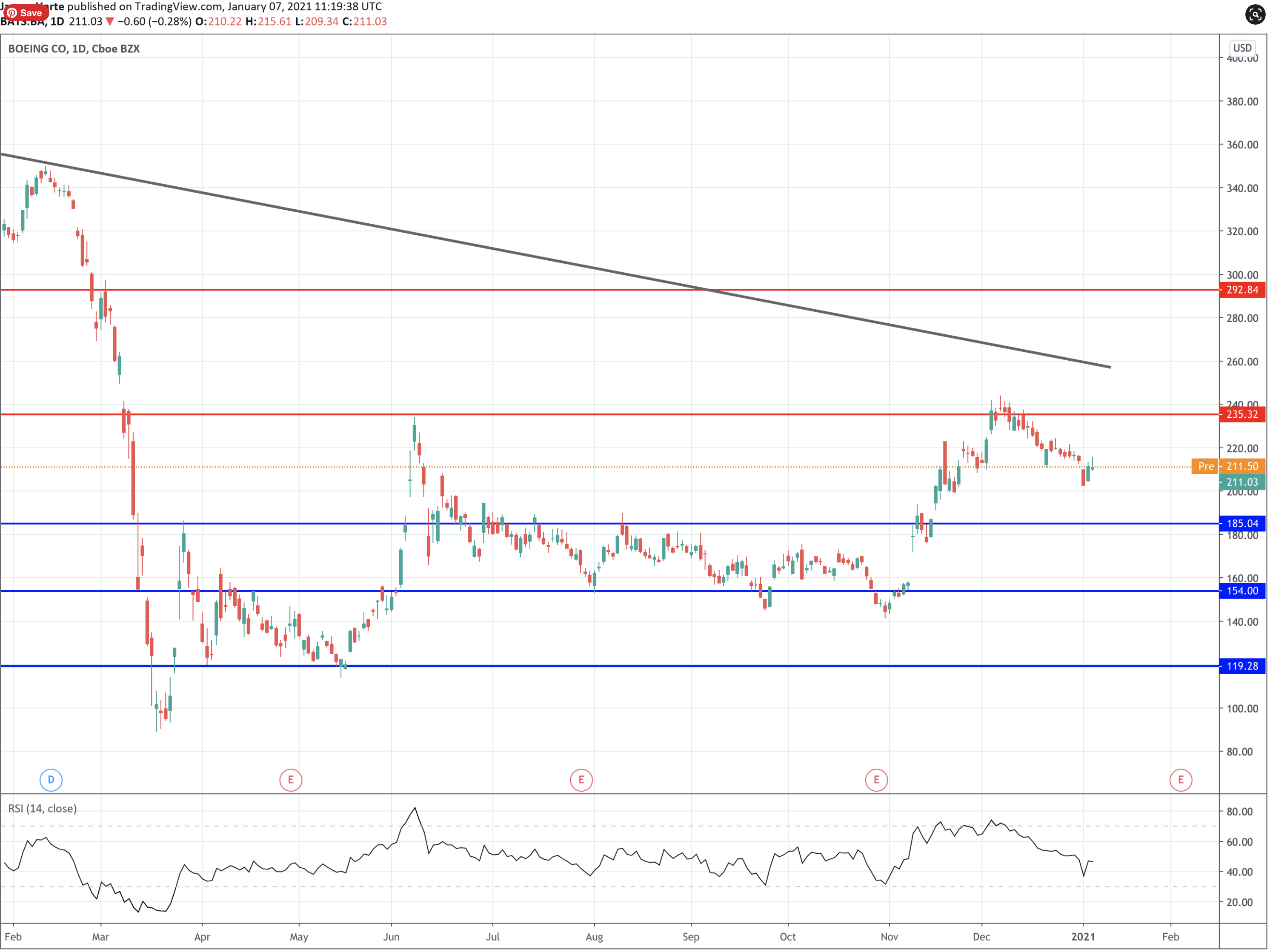 For now, however, price remains above the 185.04 level. While above here, the near term bias remains positive. Bulls will be looking for a break above the 235.32 level and a test of the long term bearish trend line next.