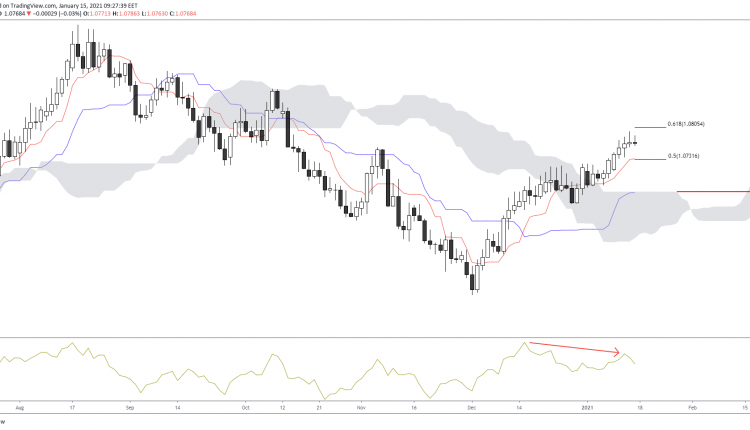 AUDNZD has witnessed a smooth rebound from the beginning of December’s lows. The ascension has seen the currency pair break through the Ichimoku indicator as another attempt at yearly highs unfolds.

However, the recent bearish divergence noted on the momentum indicator could halt those proceedings. Should prices being to wane, then the 50% would be the first test.

Should it break the specified level, then the top border of the Ichimoku cloud would come into play, around the 1.0656 area. 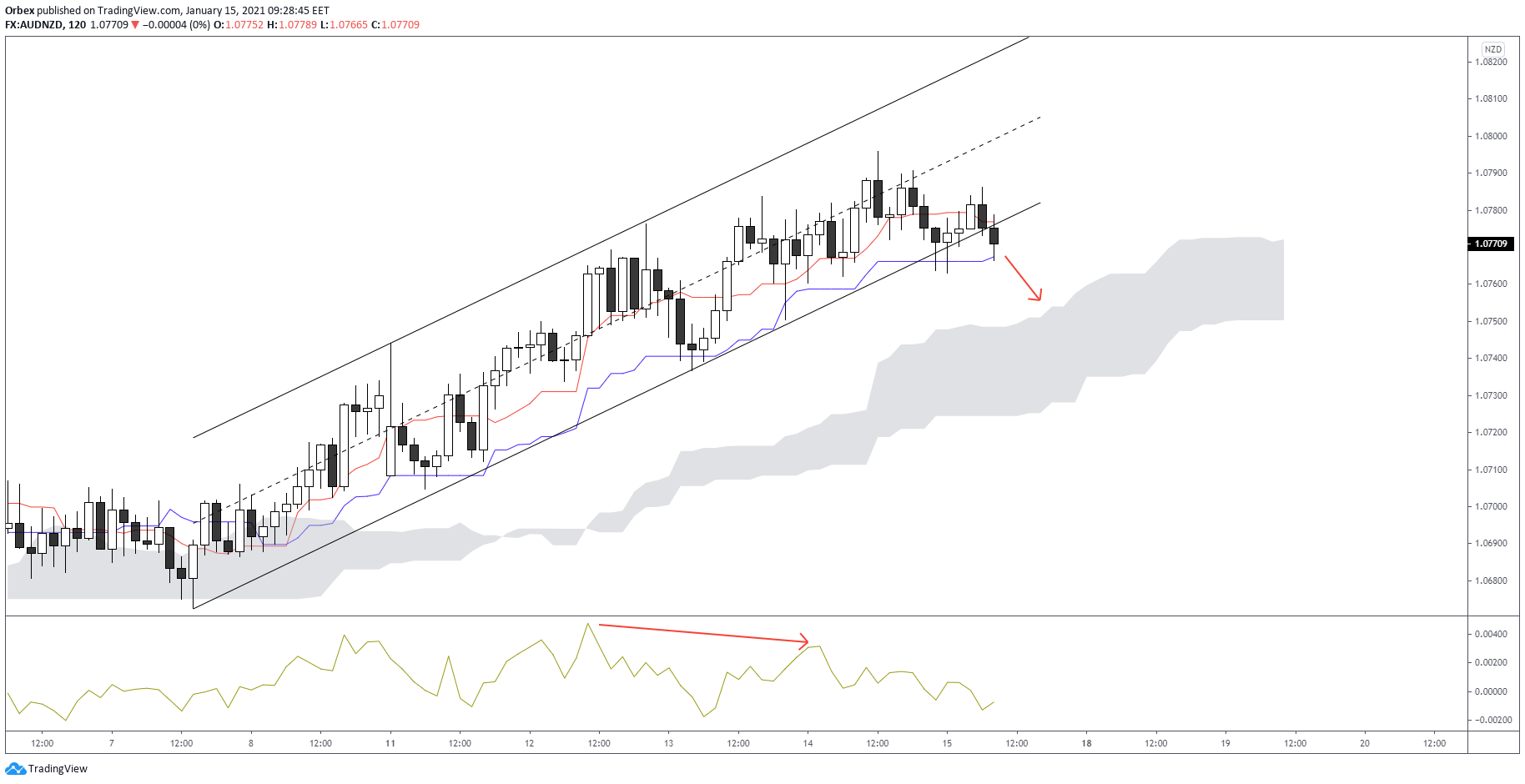 An intraday perspective shows that prices are trading in a steady ascending channel for the majority of this week. Several tests at the upside have seen prices trade back towards the mean.

Currently, a fallout of the channel has seen a long bearish divergence come into fruition. This has led a move down towards the Ichimoku cloud as the encapsulation of candlesticks between the base and conversion lines await the next move.

Further clues on the indicators will determine if the rally will progress, or if cloud engulfment will drag prices to yearly lows.