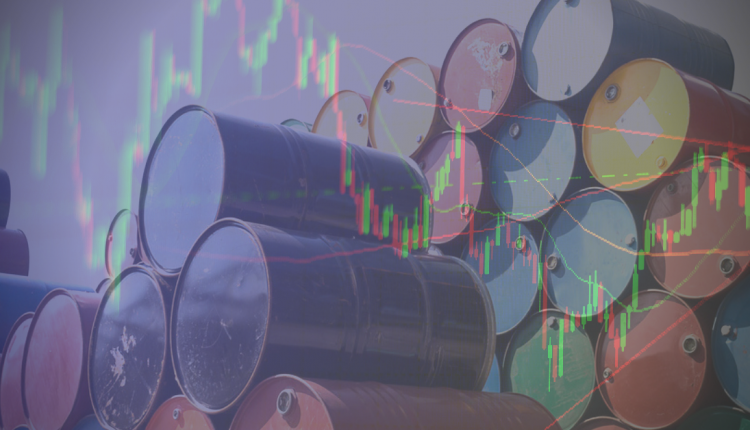 It’s been another mostly quiet week so far for crude prices.

The oil market has been fairly stagnant over the last few weeks as traders await fresh directional catalysts, keeping oil trading within a fairly tight range.

However, there has been some notable action, with oil prices reversing higher midweek from an initial drift lower.

The rally came in response to the latest update from the Energy Information Administration which reported a further decrease in headline US crude inventories.

Inventory levels fell by 9.9 million barrels over the week ending January 22nd. This was well beyond expectations, taking the total stockpiles down to 467.7 million barrels.

At this level, crude inventories are just 5% above their seasonal average are at their lowest level in several months.

Gasoline Stocks Up, Distillates Down

Despite the continued decline in headline crude stockpiles which have now fallen for four straight weeks, gasoline inventories continued to rise.

The EIA reported that US gasoline stockpiles rose by a further 2.5 million barrels. They are now back to 3% above their five-year seasonal average.

Distillate stockpiles, however, declined by 0.8 million barrels. This takes the total inventory level down to just 8% above their five-year seasonal average.

Looking back across the last four weeks, crude oil imports averaged 5.7 million barrels per day, This is around 14% less than the same four-week period a year prior.

In terms of gauging the overall demand for crude oil, the EIA reported that total products supplied averaged 19 million barrels per week. This is just 4.4% lower than the same period a year prior.

Over recent months, this figure has dropped from as high as 20% less than the same period a year prior. This reflects a strong rebound in demand for crude.

With markets continuing to look ahead to the projected recovery over the second half of the year and with optimism growing around ongoing vaccination, oil prices look set to continue higher. 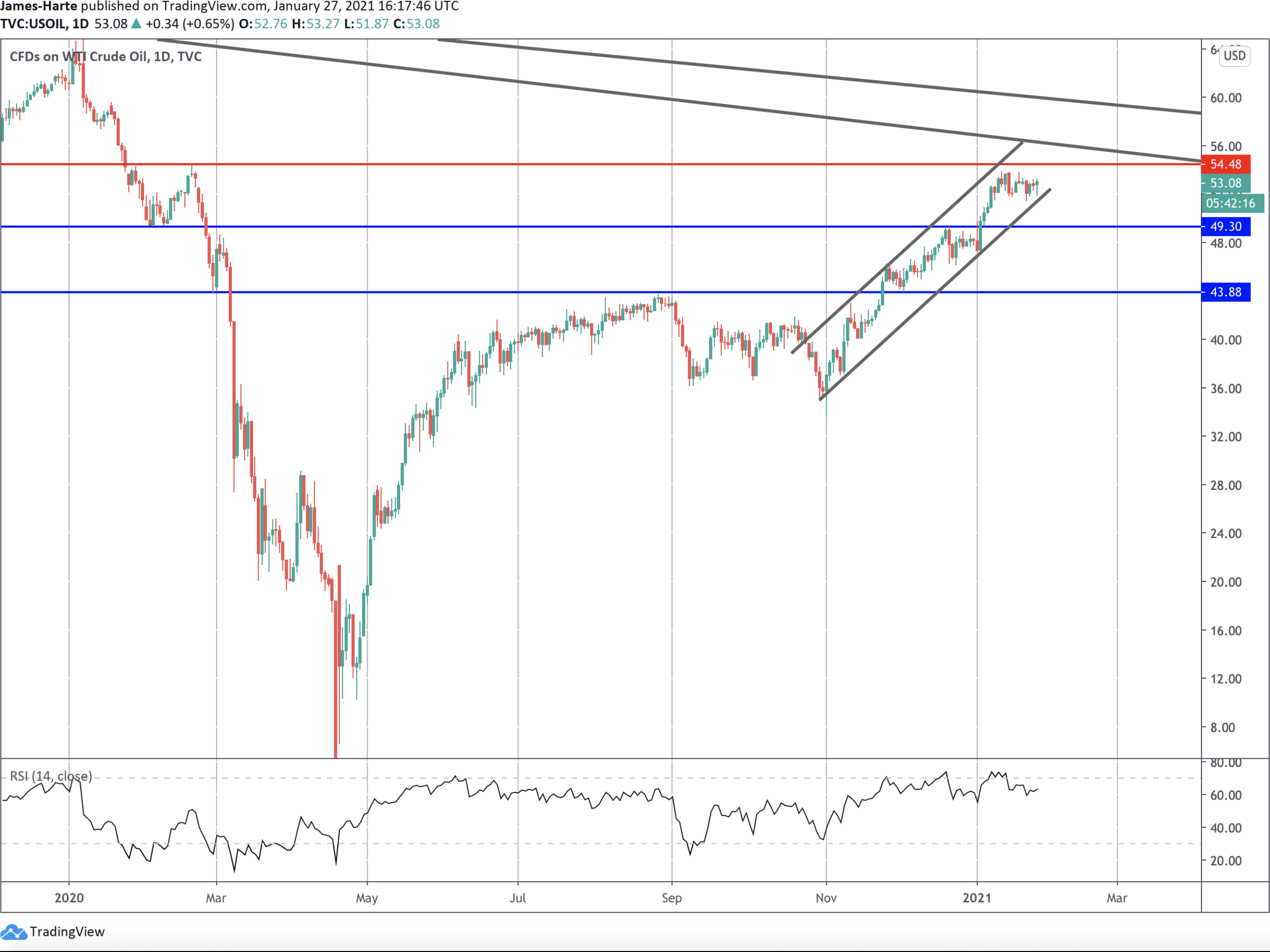 Crude prices remain hemmed in against the 54.48 resistance level. They are still holding within a tight bullish channel which has framed the recent rally.

While price holds above the 49.30 level, the focus is on a continuation higher and a test of the two big bearish trend lines above the 54.48 level. This will prove a key test for bulls and could see some corrective selling initially.