Why Traders Should Care About Georgia Runoff Election 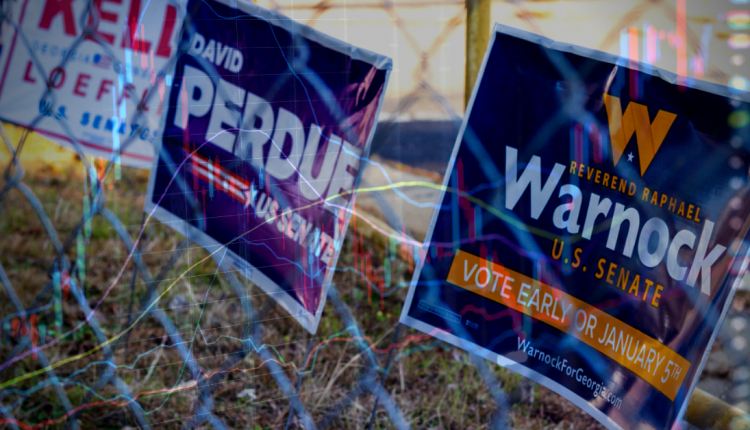 Next week we have the final chapter in the 2020 US election saga.

The reason that it’s so important is that control of the US Senate hangs in the balance.

Who controls the Senate has major policy implications, which in particular, affect the markets.

And given what the polls are showing in the lead up to the election, we could get a rather large market reaction when the results are finally announced.

While most press attention has been on the results of the Presidential election, it’s actually Congress that has a larger impact on markets.

This is because Congress is the body that makes (or, as has been the theme lately, doesn’t make) the laws.

And incidentally, in Congress, the results were very narrow in November. Democrats ended up losing a substantial number of seats.

At this moment, Democrats have a majority of only 5 seats out of 435 House members.

There are still two contested elections – one in Iowa and the other in New York state with a difference of just 16 and 12 votes, respectively.

In both of those pending elections, Republicans hold the lead, but recounts continue.

The margin is similar in the Senate.

Currently, Democrats have 48 seats, Republicans have 50. If Democrats manage to win both seats in Georgia, then there would be a tie.

Votes that lead to a 50-50 tie will go to the Vice President’s deciding vote, which would be Democrat Kamala Harris.

In other words, the Georgia election is the potential last chance for Democrats to control Congress by the slimmest of margins.

Where We Are Headed

However, in the presidential election, the majority of votes were cast for Democrat Joe Biden. This is highly disputed by the Trump campaign, which alleges voter fraud.

The political shenanigans aside, Democrats feel there is a real possibility of winning.

Polling data shows all candidates are well within the margins, and just a few decimals away from each other.

Though, again, people notoriously question the validity of poll predictions.

Because there is no clear ability to forecast the results, the markets are unable to price it in.

Depending on how close the election is, there might once again be a period of hours or days of uncertainty while the votes are litigated.

Democrat control of the Senate would give a Biden Administration much broader leeway to pursue policies promised in the campaign. Policies that the markets might not like.

Some of these include tax hikes, higher regulatory burden, and legal action against certain tech companies on the basis of antitrust laws.

Many analysts see a barely-controlled Congress by Democrats as opening up the potential for a lot more uncertainty, as many Democrat leaders have proposed a wide range of policy changes. But it remains unsure which would obtain a consensus to actually pass.

Markets, in general, prefer a political split between the branches of government.

So, we could expect a substantial relief rally if the results are definitive.