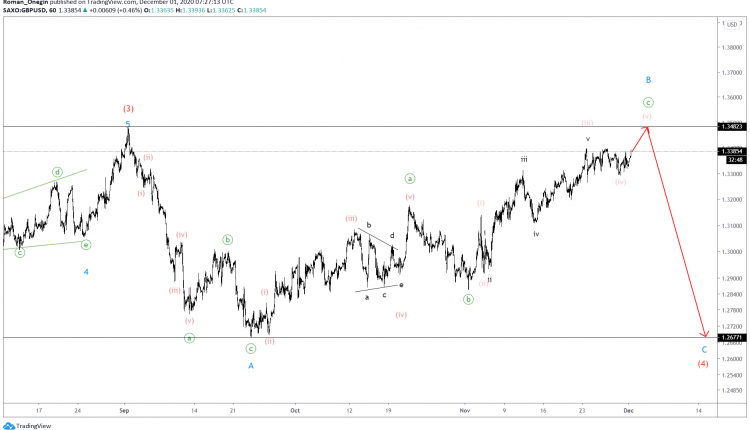 The current GBPUSD structure hints to a horizontal correction wave (4) of the intermediate degree. It takes the form of a minor A-B-C flat.

The minor wave A in the form of a minute zigzag is fully complete. The corrective wave B is still under development.

We now see the construction of the final part in minute impulse wave ⓒ. This is expected to end at the previous high, which formed an intermediate wave (3).

Finally, after completion of correction wave B, we could see impulse wave C at the previous low of 1.267. This was marked by wave A. 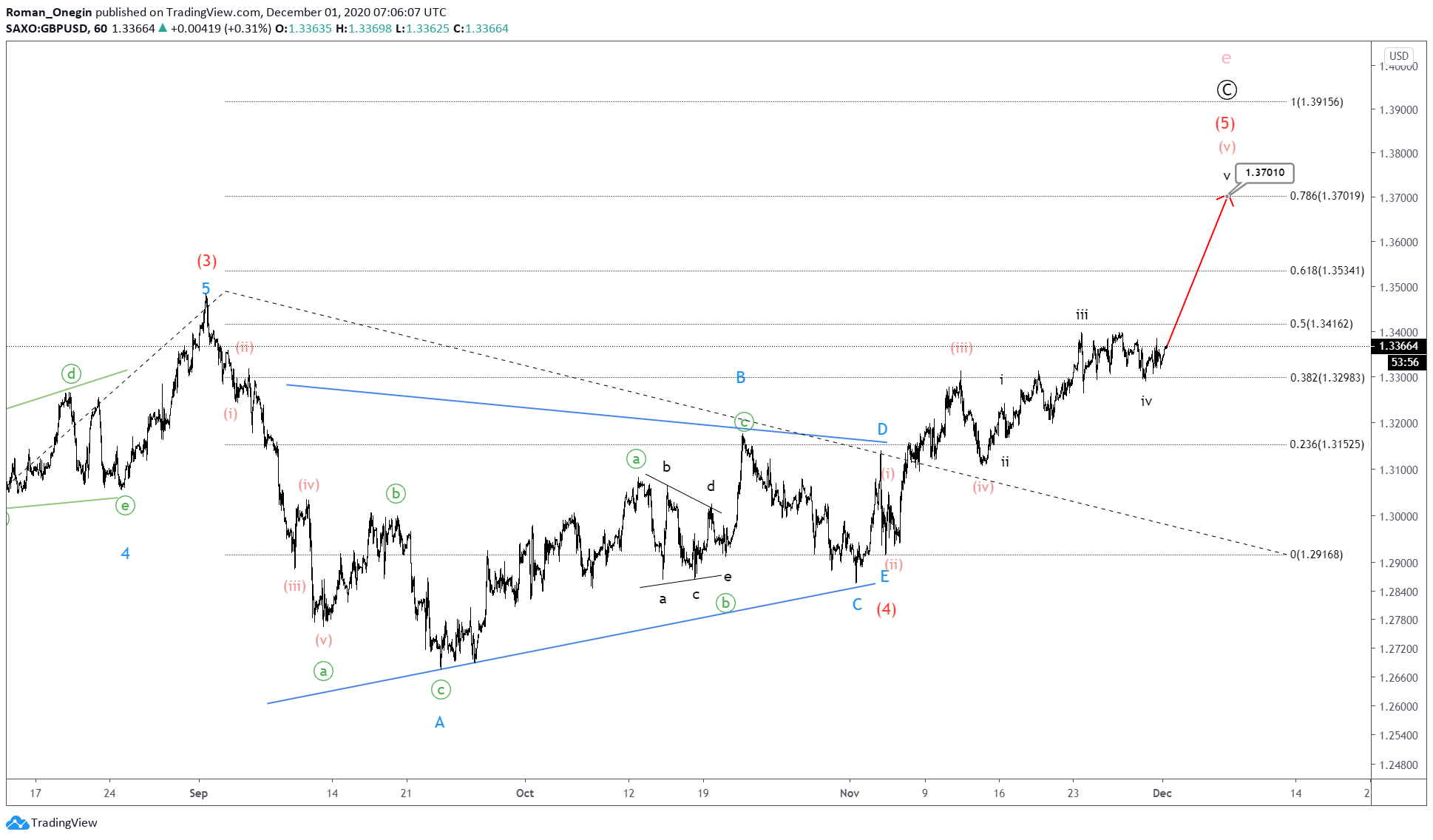 An alternative scenario shows that intermediate corrective wave (4) completed its pattern as a horizontal contracting triangle.