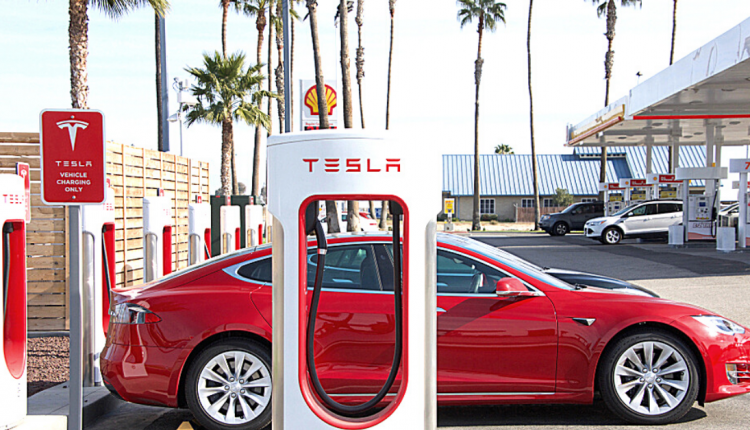 Shares in US tech firm Tesla are trading a little higher pre-market on Thursday. Tesla shares have seen heavy buying again over recent weeks amidst the broad improvement in risk appetite which has seen technology stocks especially buoyant.

The recent rally in Tesla shares has seen price breaking out above the prior 2020 highs at 502.12.

In a clear nod to the bullish prospects for the stock, Goldman Sachs issued a buy rating for Tesla this week. The iconic investment bank shifted its rating from neutral to bullish. They cited increased demand for electric vehicles and the positive impact of lower battery prices. Goldman also cited the increase in regulatory proposals to limit the sale of internal combustion engines.

A key focus of Tesla’s business recently is on lowering the cost of batteries to make its cars more affordable for the average vehicle use. Goldman’s acknowledgment of this as a reason for investing is a sign that Tesla is moving in the right direction.

It’s been a remarkable year for the company, headed by Elon Musk, which has seen its stock price rallying by an incredibly 765%. Record-breaking Q3 earnings recently boosted the company’s share price.

Tesla reported an impressive 39% year on year increase in revenues, which rose to $8.8 billion. This marks more than triple its prior operating income record. A large part of this is attributed to a 44% rise in vehicle deliveries.

At 144,00 over the quarter, Tesla once again broke a new record for deliveries while offering guidance that it aims to deliver around 500,000 vehicles globally by year-end. This quarter they will require the production of another 181,00 vehicles.

For Elon Musk and co, it’s been a home run year. The enigmatic company founder shows no signs of slowing down. Sites are set on further factories. Furthermore, heading into next year, even great production and distribution business.

Tesla Capped At 600 For Now 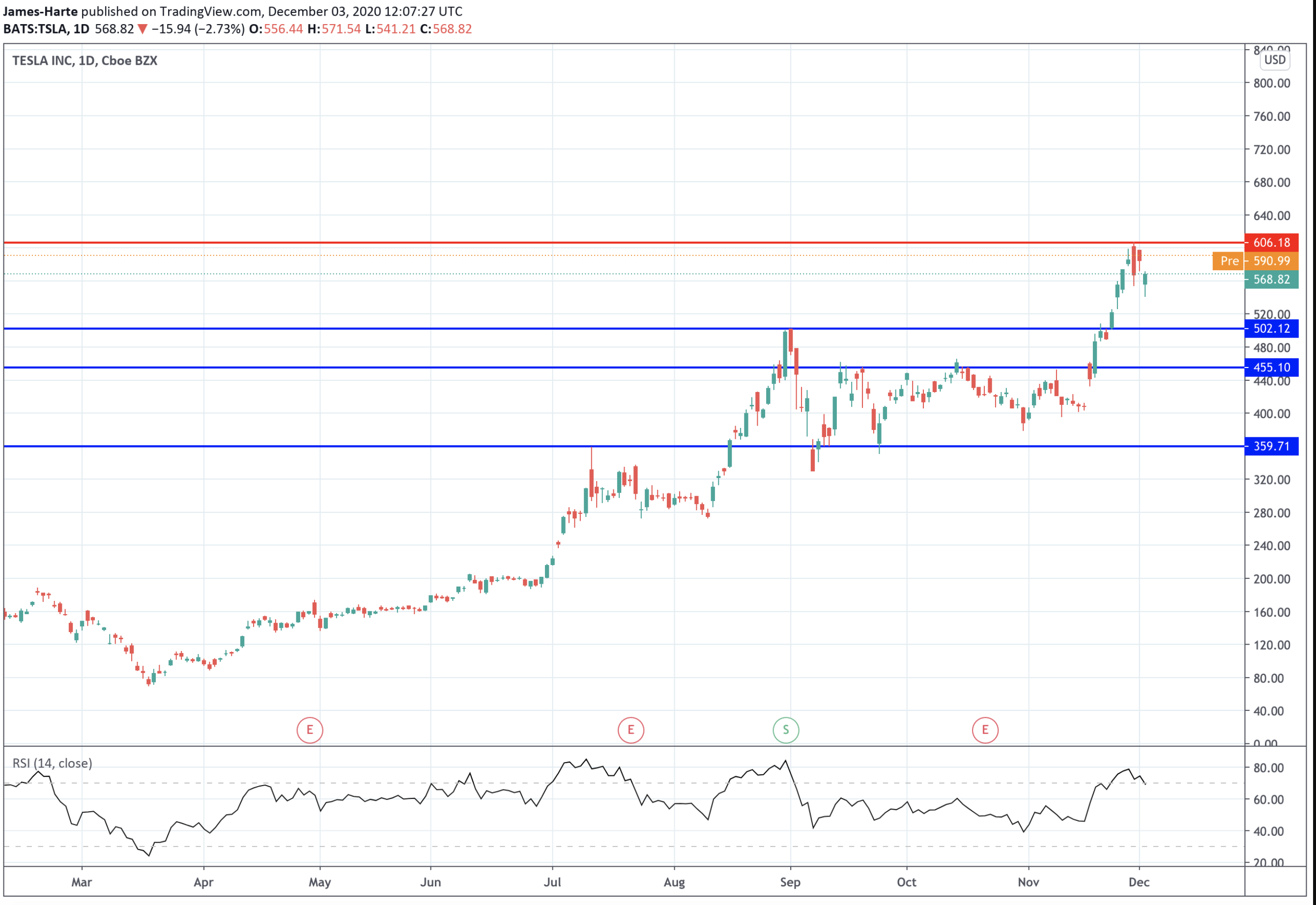 Shares in Tesla have seen an impressive rally off the November lows with price trading up off the lows around 400 to highs above 600. The rally has hit selling pressure into the psychological 600 level.

However, while price holds above the 502.12 level, the near-term outlook remains bullish. To the downside, any correction lower should find decent buying interest around 502.12 and deeper at 455.10.