Republicans and Democrats Clash Over Relief 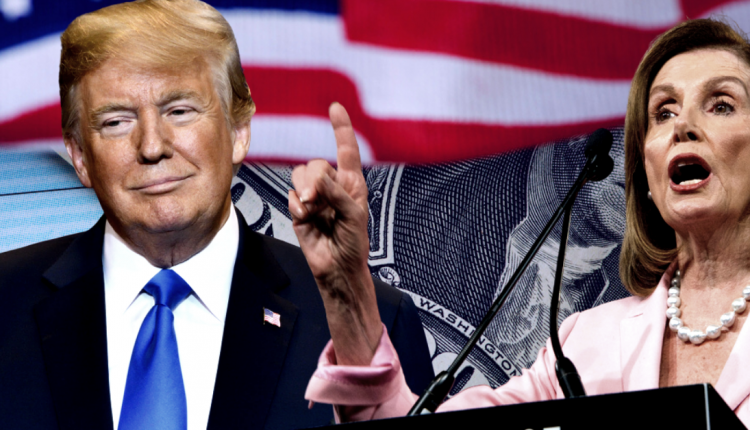 The US index rose slightly higher yesterday, just under 0.1%, as it achieved its third consecutive daily gain.

However, the greenback remains under pressure with the tussling of another round of stimulus hopes, which is becoming more political by the day.

House Speaker Nancy Pelosi called for a review of the Trump administration’s relief package, as it would cut unemployment insurance by $140 billion.

The euro closed indecisively on Tuesday as it bounced off the 1.21 handle.

Investors are currently eyeing the upcoming ECB interest rate decision and meeting, as economists predict no changes will be made to the base rate.

GDP data across the eurozone showed that the European economy rose by 12.5% in Q3 after crashing by 11.8% in Q2. However, on an annualized basis, the economy weakened by 4.3%.

The pound closed 0.18% lower yesterday as the ongoing Brexit saga looks to be coming to an end.

Deal or no-deal, Boris Johnson will fly to Brussels today for last-ditch talks with the European Commission President.

Talks have ended in a deadlock for the majority of the talks, as the make-or-break moment comes shortly before the 31st of December when the UK stops following EU trading rules.

Meanwhile, the first of 800,000 doses of the Pfizer/BioNTech vaccine that will be dispensed in the coming weeks took place yesterday.

Indices Up as Investors Look to Vaccinations

Stocks rose on Tuesday as all three major indices ended the session by almost 0.5%.

Investors have noted the successful distribution of the Pfizer vaccine in the UK, with the FDA saying that the company has a favorable safety profile.

Economists can be confident that more antidotes will soon be distributed, as vaccine makers Johnson & Johnson and Moderna rose by 1.7% and 6.5% respectively. Pfizer, on the other hand, closed 3% higher.

Gold rose by 0.40% yesterday as the ascendency towards $1900 continued.

The yellow metal remained well supported despite positive vaccine updates. The increasingly shaky greenback has taken the negative sting out of further downside worries for gold.

How long until we reach another milestone?

Oil closed indecisively on Tuesday as it once again tussled with the $46 handle.

Markets were initially hopeful as Covid-19 vaccinations began. However, a crude build in the API data saw prices slip slightly.

We now look ahead at more Pfizer injection headlines to boost the black gold further.

EURGBP Breaks Out of Descending Channel