EURGBP Breaks Out of Descending Channel 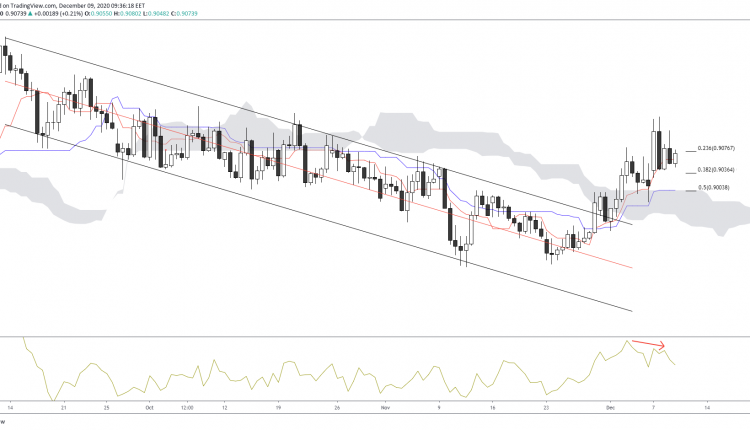 EURGBP was trading in a descending channel from when it reached fresh highs in September. Several attempts at a move towards the upside saw heavy resistance until the beginning of December when prices moved above 0.90.

Since then, the upward trend has continued to the 0.91 area, whilst bulls have pounced on the resurgence in the currency pair.

However, currently, we are seeing a plateau with momentum beginning to exhaust, giving into a bearish divergence. Bias now appears to have shifted to the downside, as we look at the 38.2% and the 50% levels of the 0.8865/0.9141 upside Fibonacci leg. 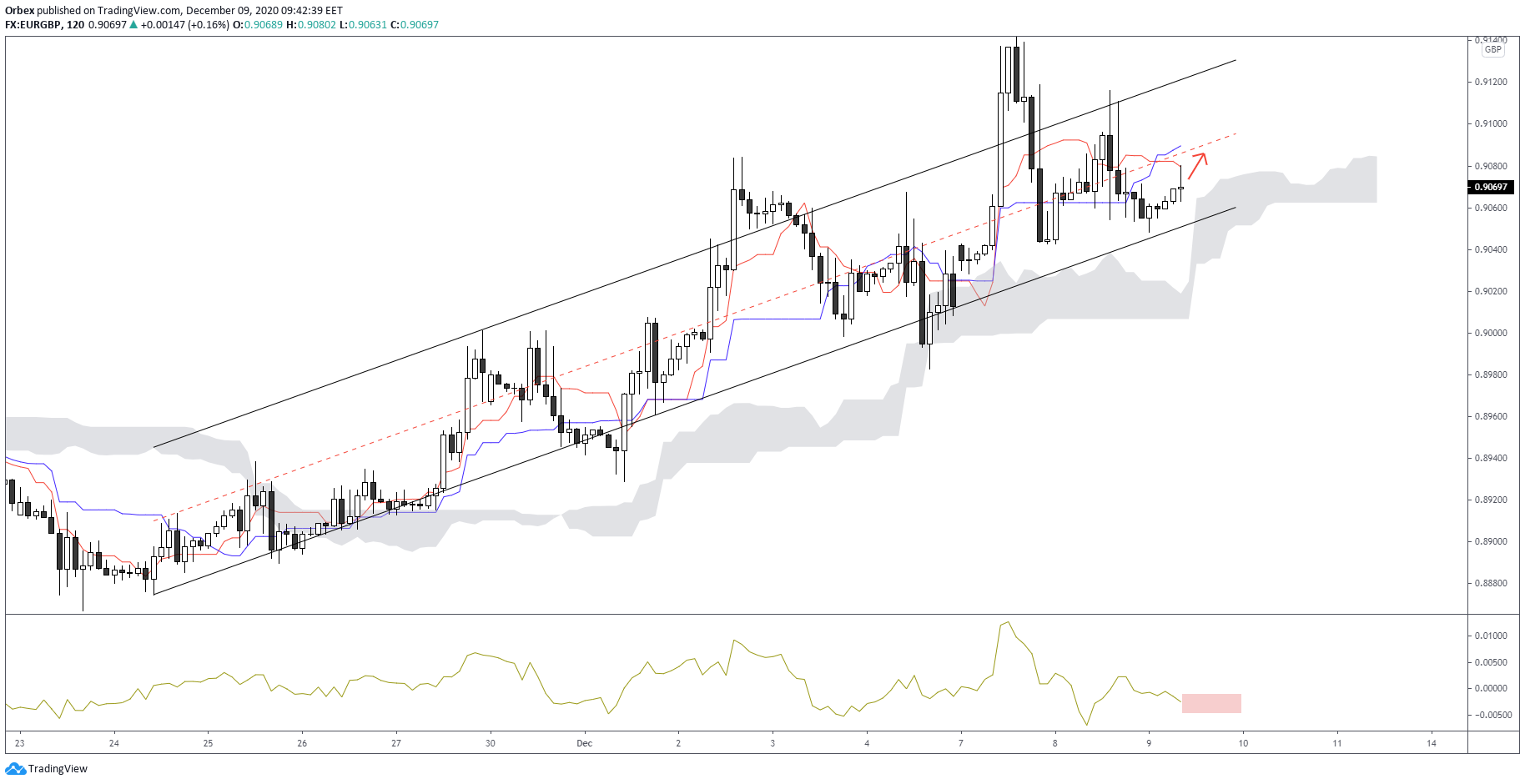 A short-term perspective sees the currency pair in an intraday ascending channel, as it looks to recapture the 0.91 handle.

Currently, prices are maintaining their distance away from the Ichimoku cloud, as the base and convergence lines attempt to weigh the pair down. Should momentum wane and prices attempt a push for the mean, then that could clear the way for a hidden bullish divergence.

Another attempt at the top end of the channel could then come into play, with a move over 0.91 possible in the near term.

Republicans and Democrats Clash Over Relief