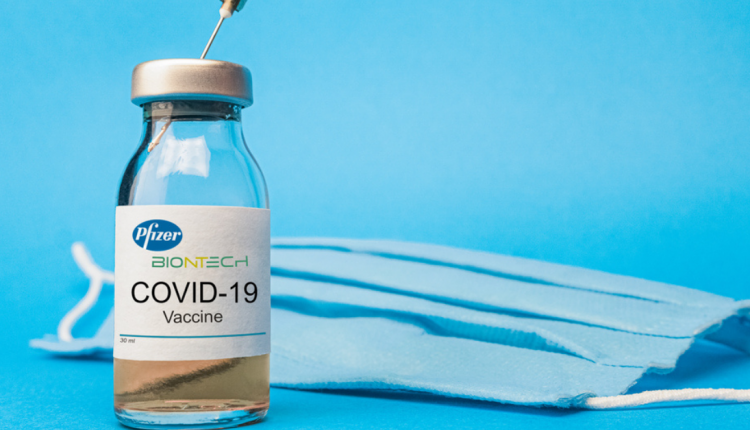 Shares in Pfizer are trading around 4% higher pre-market on Wednesday following news that the UK government has approved the vaccine developed by itself and German partner firm BioNTech.

The vaccine was developed over a 10-month period. During the trial, in those aged over 65 years,  no major safety concerns were flagged.

Pfizer will be providing the UK government with 800,000 doses in the coming days, enough vaccination for 400,000 people. The vaccine is delivered in two doses, roughly 3-4 weeks apart. Vaccines must be stored at minus 94 degrees Fahrenheit.

The cool storage temperature has been flagged as a risk and a challenge by some. However, Pfizer has given assurances that shippers can maintain that temperature for 10 days unopened. This will allow for global transportation.

In terms of how the government is planning to distribute the Pfizer vaccine, there are currently plans for three tiers of distribution.

Firstly, hospitals will administer the vaccine, with 50 hospitals already set up to receive the vaccine. Secondly, there will be vaccine centers set up to distribute the drug. Thirdly, GPs, and pharmacies will deliver the drugs to patients.

The early approval is a major boost for Pfizer, making it the first company globally to have a government-approved vaccine in play. The company is currently awaiting regulatory approval in the EU and the US.

In the US, it is thought that approval might come at the upcoming mid-December FDA meetings. The US government has also highlighted plans to begin rolling out the drug by year-end.

If Pfizer can secure US regulatory approval ahead of any other firms, this would give it a further, major advantage on the global vaccine market. 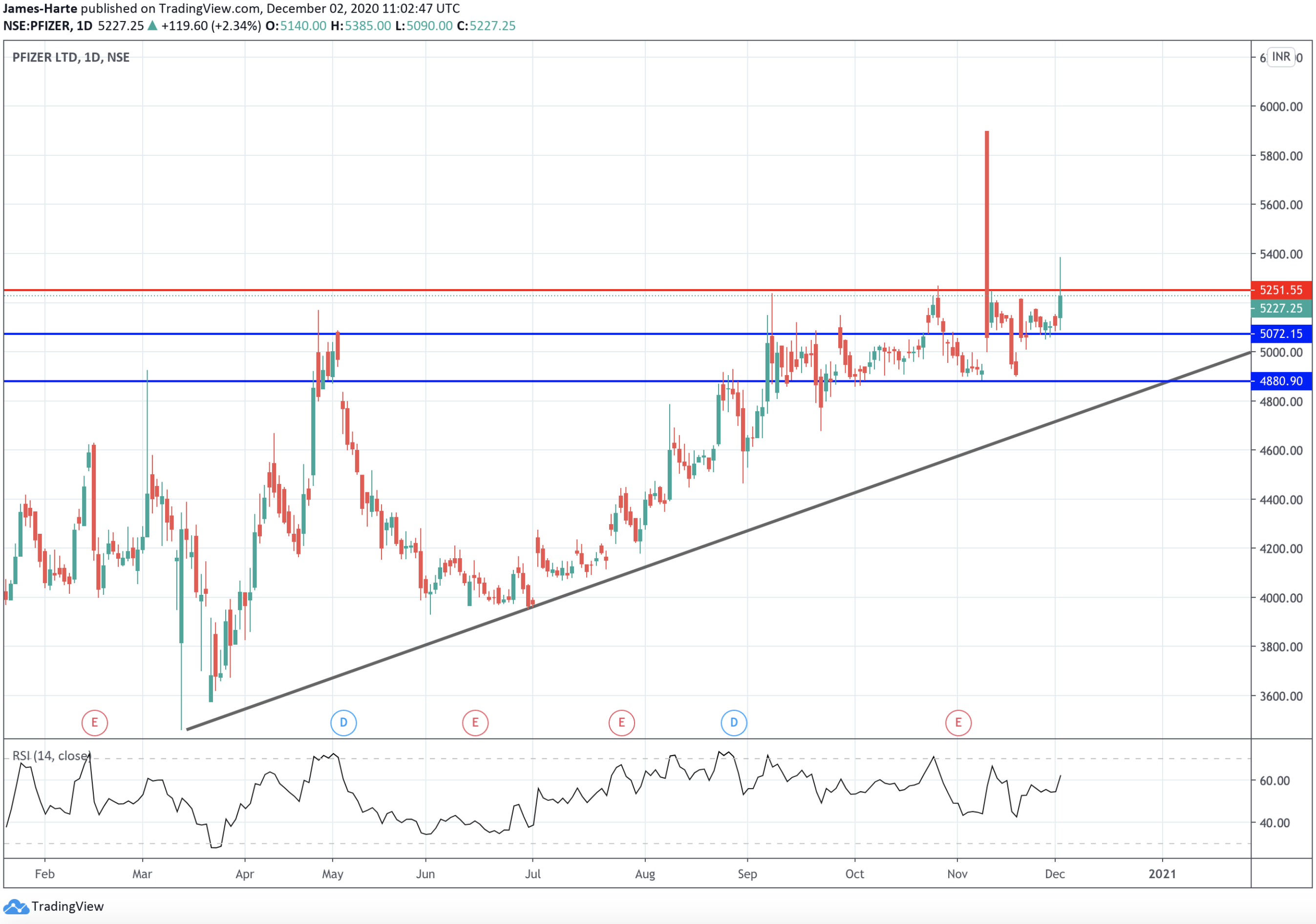 Shares in Pfizer spiked back above the 5251.55 level yesterday. Although it reversed back below the level shortly after, the near-term view remains bullish in light of this news.

For now, the 5072.15 level is the key local support. The deeper 4880.90 level (and bullish trend line) sits below. While price holds above here, the focus is on a continued move higher.

Euro Drives Ahead as it Briefly Tests 1.2100