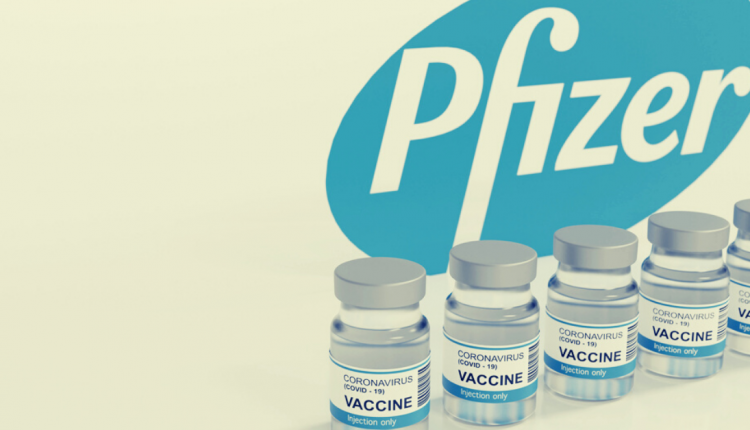 Shares in US pharmaceutical company Pfizer are trading a little lower pre-market on Monday. Over recent weeks, the company has received a great deal of attention. This is due to the announcement that the COVID vaccine developed in a joint effort with its German partner BioNTech is ready to release publicly.

Pfizer announced that the drug is shown to be over 90% effective in clinical trials, after being tested on tens of thousands of patients over several months. The drug has now been submitted for regulatory approval in the US and the UK.

Despite the initial spike higher in reaction to the news at the start of the month, the move was quickly reversed. Shares in Pfizer have since come back down from their peak above the 5750 level and are now trading back down below the 5251.55 level.

The reversal represents the more moderate sentiment around the news following similar announcements from other firms.

However, it looks as though Pfizer’s drug is going to be the first to hit the market. The UK government has alerted the NHS to prepare to roll out the first wave of the vaccine in as little as ten day’s time.

The UK has reportedly ordered more than 40 million doses of the vaccine and is aiming to begin rolling the drug out this year in its initial phase before a much wider rollout in the New Year.

There are concerns, however, over Pfizer’s supply capacity following news this week that the company has closed one of its key cold storage sites in the south of England ahead of the Brexit transition period ending on December 31st.

For now, the key news that Pfizer investors are focusing on is the progression in gaining regulatory approval. If the drug attains regulatory approval in the UK and the US before the end of the year, this should create a strong upward move in the company’s shares.

However, if there are any delays or issues, Pfizer shares are likely to see further moves lower. This is especially true if any rivals attain regulatory approval before them. 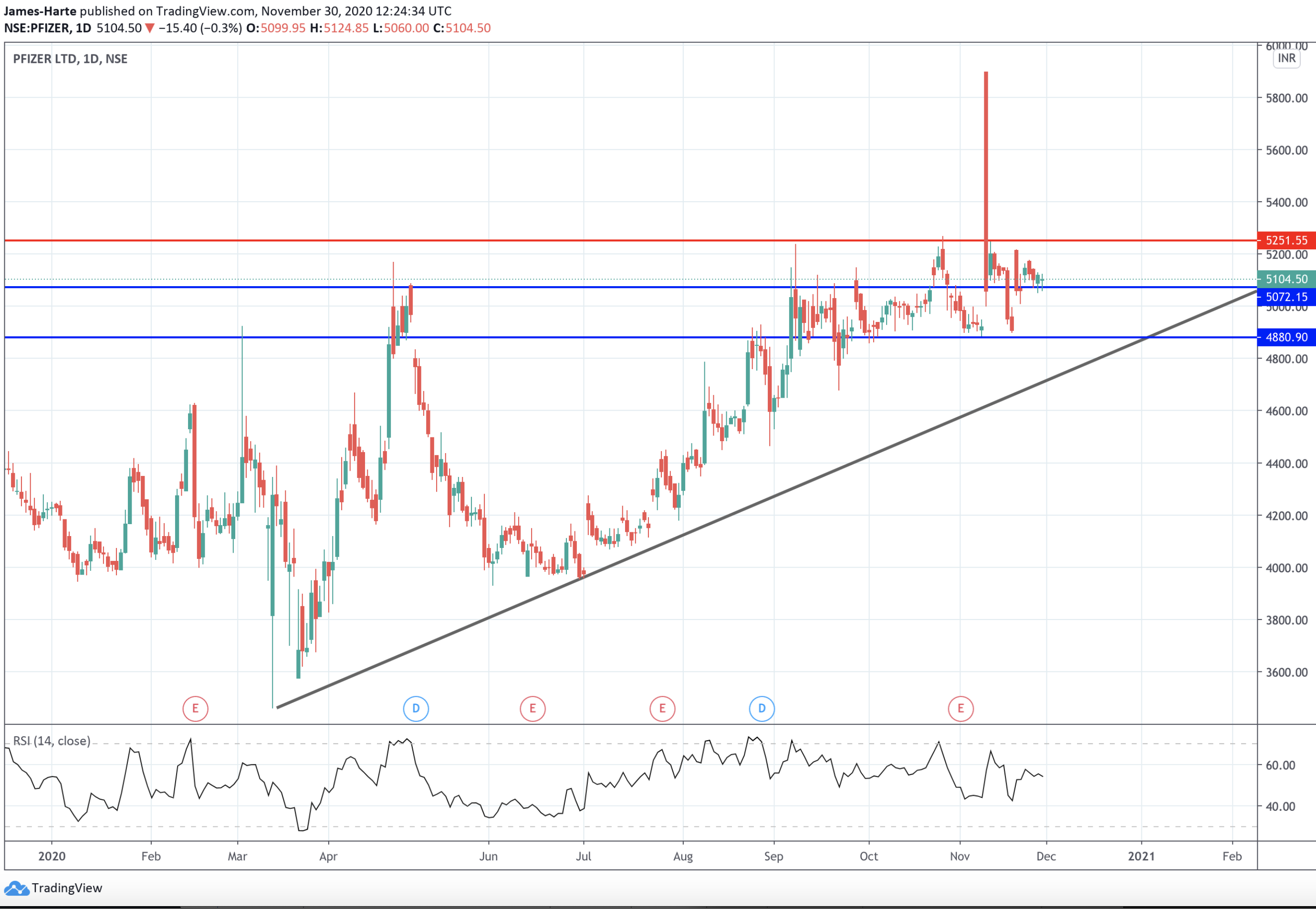 Shares in Pfizer are hovering around the 5072.15 level as of writing. For now, while price holds above the bullish trend line, the focus is on a further push higher. A move back above the 5251.55 level.

To the downside, key support is at the 4880.90 level. The rising trend line comes in just below that.