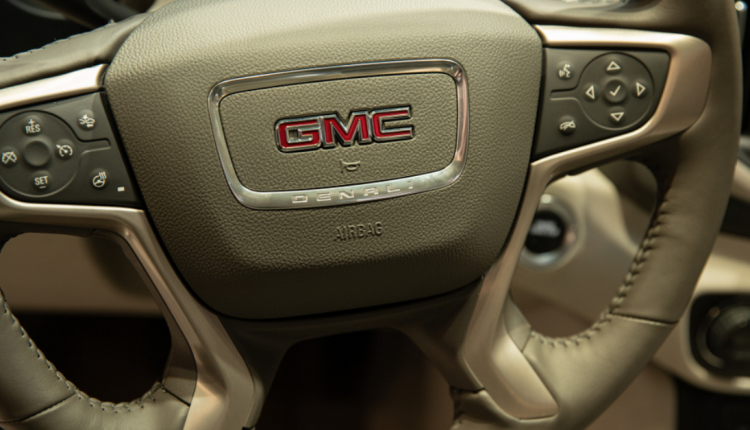 Shares in US vehicle maker General motors are trading a little lower pre-market on Wednesday. Shares have made a fairly steady recovery off the Q1 lows rallying over 200% of the mid 14 lows to highs of around 47. While some of these gains were given back over recent weeks, trading down to mid 41 currently, the stock is still up on the year.

This week, however, shares in GM have come under pressure over news that the company has had to recall over 600,000 vehicles.

The pickups and SUVs had an identified defect in the front seatbelt bracket which leaves passengers vulnerable to injury. In the vehicles affected, the front center seatbelt bracket has not been properly secured to the seat frame according to a filing by the National Highway Traffic Safety Administration.

GM has said that it will reimburse all customers affected by the recalls and will pay for the repair costs of the procedure.

A strong set of Q3 earnings boosted GM shares in early November. The auto-maker reported third-quarter earnings per share of $2.78. This firmly beating estimates for a $1,38 EPS. Revenues were slightly softer than expected at $35.48 billion vs $35.51 billion expected. Net income jumped 74% to $4.05 billion from the $2.35 billion reported in the same quarter a year prior.

Q4 Likely To Be Weak

The company refrained from offering guidance for the new year. Although looking ahead at the time, GM CEO Mary Barra said that Q4 was likely to be softer than Q3. This is given the uncertainty around the pandemic and other variables such as the election and US stimulus.

“When we look at the election, we think the extended length of time to finalize the vote count was anticipated given the unique circumstances coming into this election. There are a lot of moving pieces right but we’re hopeful that we’ll continue to have a strong recovery that we’ve seen in the United States and in China.” 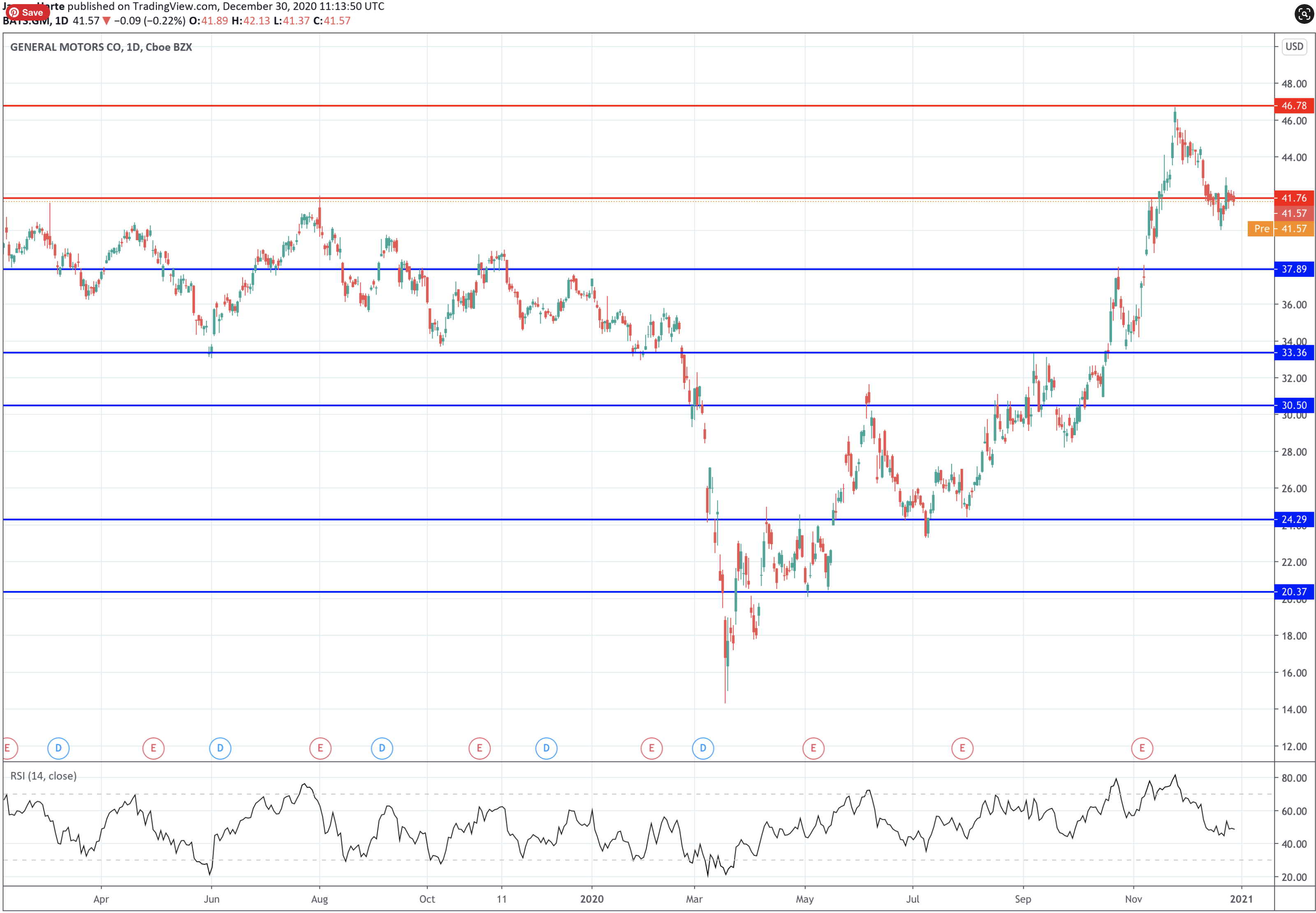 Shares in GM traded up to highs of 46.76 before reversing lower and breaking down below the 41.76 level. While below here, GM is at risk of a further correction lower towards the next support at the 37.89 level. A break of this could signal a deeper reversal developing.

Below there, the next big support is down at 33.36