Crude Inventories Rise Most in 8 Months 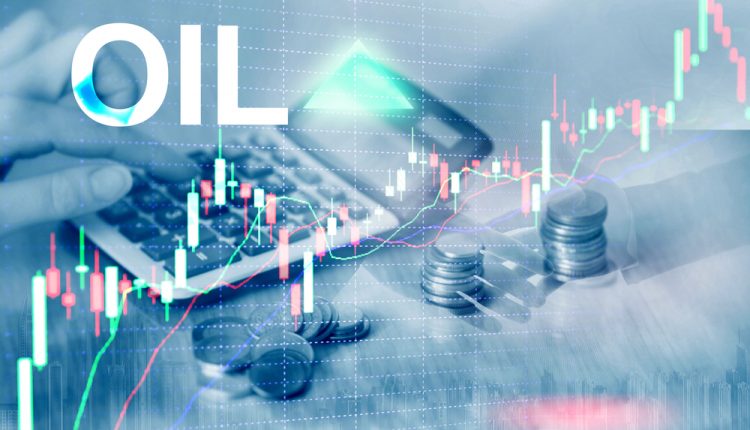 Crude prices have been a little bit softer this week. Despite the continued improvement in risk sentiment, a bearish update from the Energy Information Administration has weighed on demand.

In its release this week, the EIA reported that US crude stocks surged in the week ending December 2nd.

Inventories rose by 15.2 million barrels, in stark contrast to the 1.4 million barrel drop the market was expecting. This is the largest weekly gain since the height of the pandemic in Q1 and likely reflects growing concerns around the soaring global COVID statistics.

On the one hand, vaccine news is helping offer some hope further out on the horizon. However, in the short to medium term, the ongoing social restrictions are curtailing appetite for oil.

Uncertainty around Brexit is also creating some downward pressure in crude price action this week. Traders continue to struggle to gauge whether a deal will be done in time.

Elsewhere, the report showed that US gasoline stocks rose by 4.2 million barrels over the week. This took inventories back up to 5% above their five-year seasonal average.

Distillate fuel inventories, the category which includes diesel and heating oil, also rose over the week by 5.2 million barrels. These are now trading around 11% above their five-year seasonal average.

Distillate stockpiles, meanwhile, averaged 3.9 million barrels per day over the last four weeks, down 2.7% on the same period a year prior. 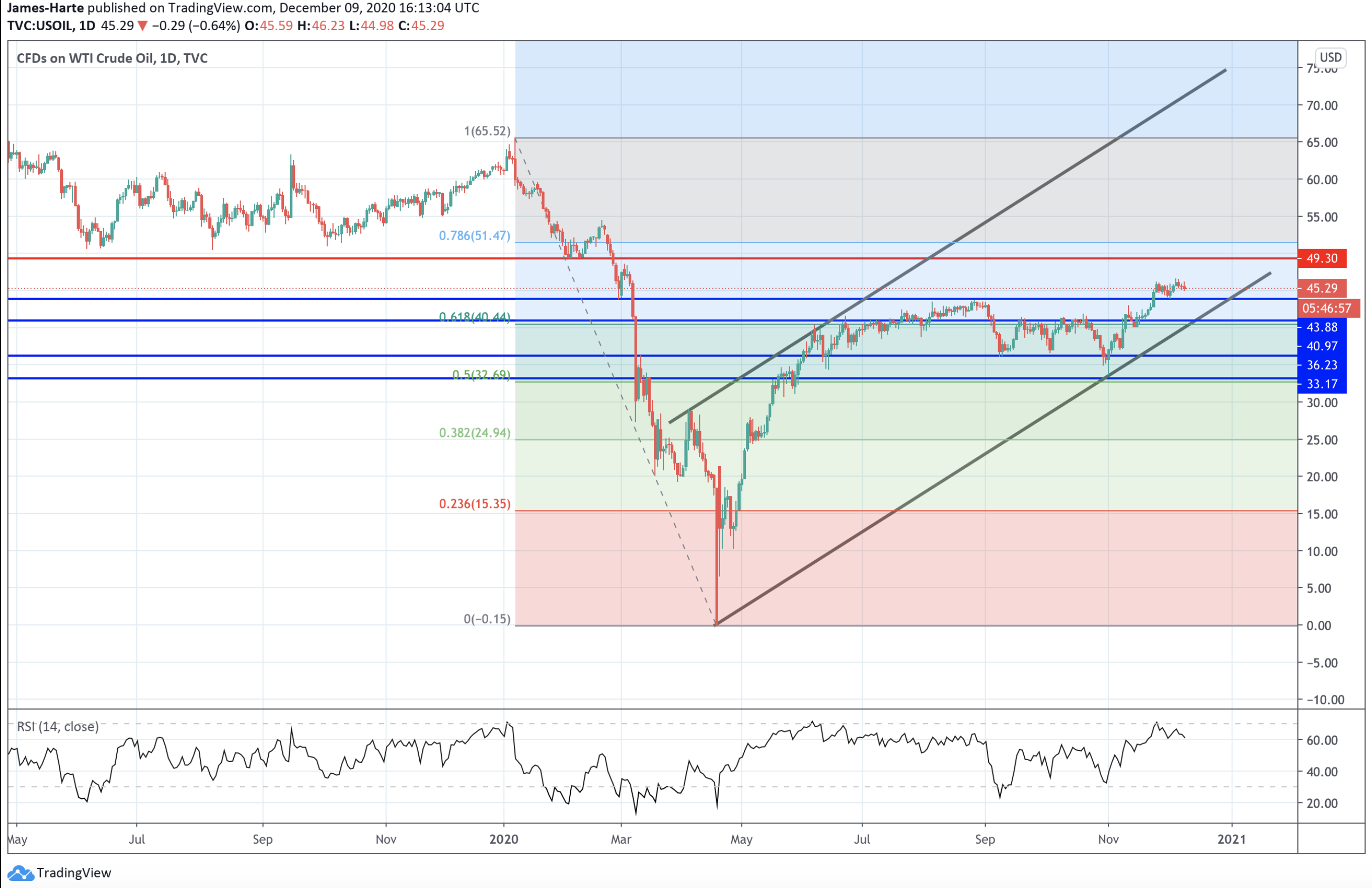 Despite the reversal this week, crude prices remain higher over the last month with price having broken out above the 43.88 level within the broader bullish channel which has framed the price action over the recovery this year.

While price holds above the 43.88 level, the focus remains on continued upside. The next resistance levels to note are the 49.30 level and the 78.6% retracement of the 2020 decline coming in just above that.

Crude Oil Falls Back to 45.50 Support

US Stimulus Slipping Away?