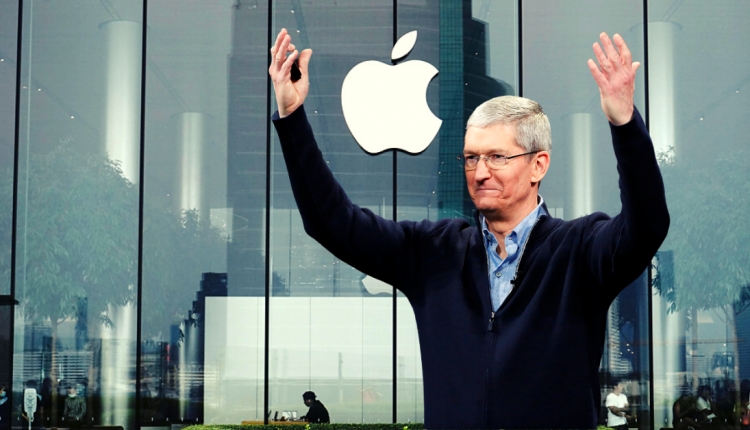 US tech giant Apple unveiled its latest range of laptops this week. Notably, the company’s new MacBook range will for the first time run ofF an in-house processor. The M1 chip marks the first time that Apple has transitioned away from Intel processors since it began using them in 2006.

Commenting on the change, Apple explained that the M1 chip has many advantages over the intel chips. Benefits include better battery life, instant wake up from sleep mode, and the ability to seamlessly run iOS apps.

In terms of the new products announced, Apple announced new 2020 versions of its 13inch MacBook air (which will no longer need a fan to keep it cool),  13inch MacBook Pro (which can now play up to 20 hours on video on a single battery charge) and a Mac Mini screen-less desktop computer.

The new products will go on sale next week and will run off the new macOS Big Sur operating system. The system will be released to current intel-based products on Thursday this week.

Interestingly, the company did not announce new versions of its iMac of Mac Pro computers which Apple commentators have interpreted as meaning that the new chips being used are not yet sufficient for these products.

Apple will be looking for the product release to further enhance its sales of laptops given that the sector saw strong performance over the last quarter, making up for the losses seen in the iPhone sector.

The company noted a more than 20% year on year decline in iPhone sales over Q3. Although Apple did note that it expects sales to pick up with the release of the recently announced iPhone 12.

The new product launches have been received well so far with many Apple watchers praising the benefits of having synchronicity between the operating system and app ecosystem on Apple products.

Furthermore, the extended battery life of the new launches has been widely welcomed. The only downside noted so far has been that the new launches will only go up to 16gb in memory. This is half the amount of the current Intel-based MacBook Pro for example.

This will be particularly challenging for video editors and gamers who rely on higher levels of memory the most. 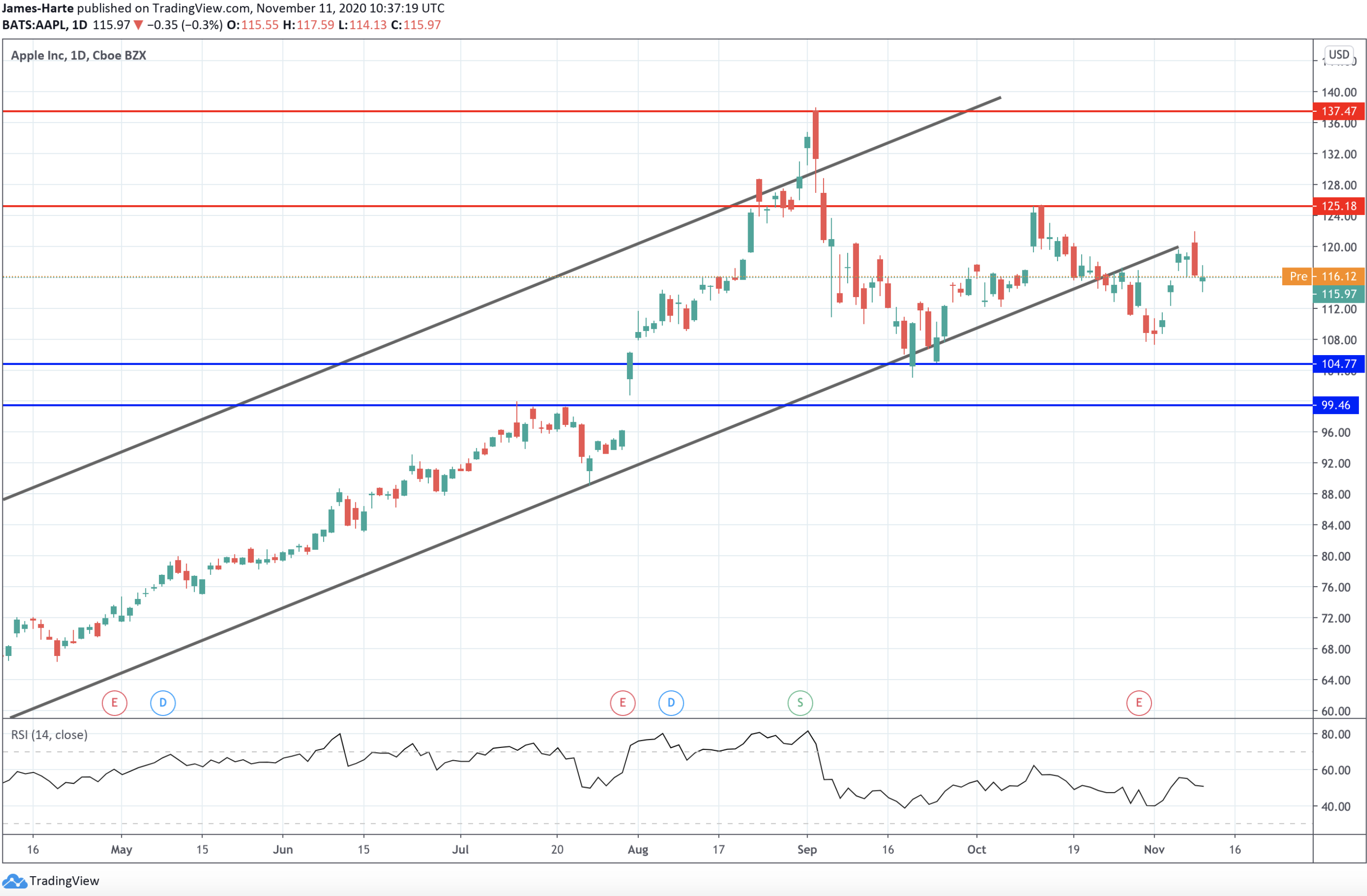 Apple shares continue to hover around the middle of the 104.77 – 125.18 range. Following the breakdown through the rising channel, Apple has subsequently retested the underside of the channel. This is holding as resistance for now, keeping the focus on a further test of the 104.77 support.

To Cut or Not To Cut, That is Banxico’s Question