Will COVID Kill Cash? The Future of a Digital Euro 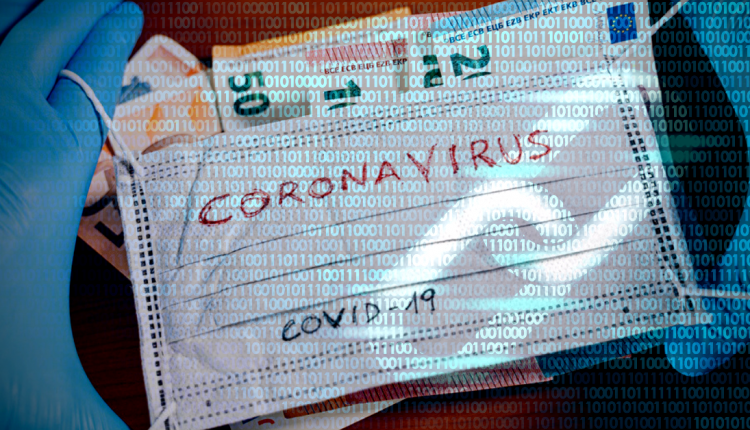 Just a few years ago, the financial world was overtaken with the idea of bitcoin, competing cryptocurrencies, and blockchain.

A fully digital “currency” found quite a bit of interest among investors.

Many companies hastened to put out press releases talking about their innovations in blockchain, as that would help raise their stock price.

Eventually, governments took notice, with some banning cryptocurrencies outright, while others embraced them for diverse political reasons. These ranged from Estonia’s emphasis on digital citizenry to Venezuela’s desperation to plug the gap in their finances.

When the ECB started talking about a “digital euro”, you might be forgiven to think that the Europeans were finally getting in on the crypto trend.

But, that’s actually not at all what the ECB is talking about. In a certain way, the ECB’s proposed digital currency is rather the exact opposite of bitcoin.

The original intent of bitcoin was to propose an alternative to a monetary system that depended on banks, and could escape scrutiny from unscrupulous authorities.

It’s not surprising that it became popular among hackers, criminals and is the de facto official currency of the dark web. The concept of blockchain, though, was to provide independent verification of authenticity.

Therefore it wasn’t necessary for the currency to be “issued”. So, no one could control it.

Combined with the ubiquity of internet access, it promised to provide a level of freedom that traditional currency couldn’t offer.

Bitcoin, though, wasn’t the first to create a digital currency. In fact, most of our current currency already is digital. Our bank balances, the transactions between banks, large payments… rarely do we carry those out in physical currency anymore.

Why Would a Central Bank Want a Digital Currency?

Ironically, a digital currency is a lot easier to control.

The digital euro that the ECB is proposing would be “issued” by the central bank.

Holders would have their balances deposited directly in the ECB, bypassing banks. This is deemed safer since private banks can go bankrupt, while a central bank by definition cannot.

The ECB would be able to enact monetary policy more effectively, having direct access to the amount of money that everyone in the eurozone has.

A digital euro would foreseeably displace competing cryptocurrencies on the basis of convenience, but not in functionality.

Around a quarter of transactions in Europe are already digital, and the share has increased during the pandemic.

In fact, the ECB expects this share to go up even more. One of the main obstacles, however, is Germany.

Germany has a history of uncontrolled inflation and the population staunchly resists going digital.

However, a recent filing by the European Prosecutor General shows the writing is on the wall. The current law says that each constituent country has the right to decide what is legal tender.

However, the EU can supersede those laws. The legal framework is already being put in place to make a digital euro inevitable.