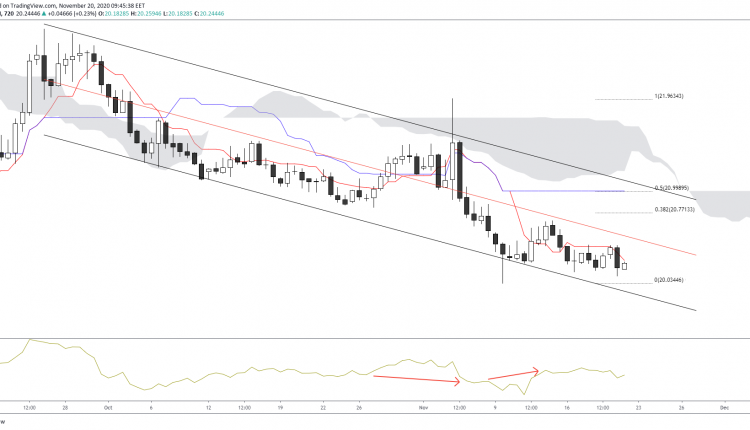 USDMXN has seen a bearish move from its attempt to move over $23 in September. The currency pair hit a double resistance which has now led prices trading inside a descending channel.

Several attempts to exit the lower channel have failed, whilst a false break earlier this month led price back to the mean.

The confluence of the baseline of the Ichimoku indicator and the 50% Fibonacci have formed a resistance, keeping the bias to the downside.

Previous standard and hidden divergences could weigh in further, as we now look at another spike at $20.

An intraday perspective looks at the Ichimoku indicators acting as a resistance, as the 21.96/20.03 bottom Fibonacci leg becomes apparent.

The recent hidden bearish divergence on the momentum indicator looks to test the false spike that occurred last week.

Should prices remain away from the confluence of the base and conversion lines, then further downside is likely.