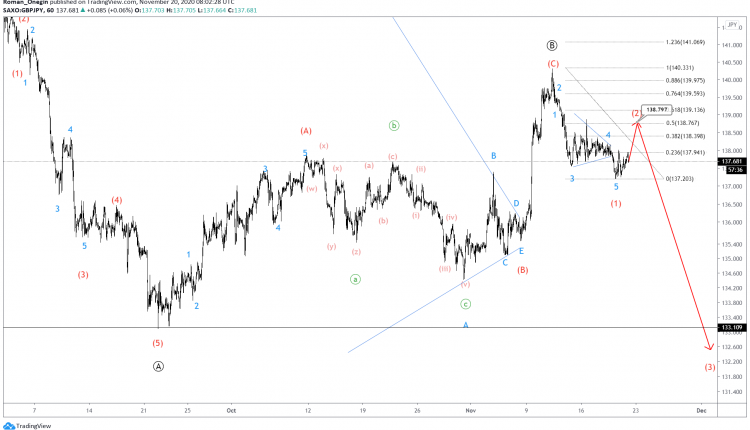 The GBPJPY structure shows a standard zigzag that consists of primary sub-waves Ⓐ-Ⓑ-Ⓒ.

Wave Ⓐ is a 5-wave impulse whereas corrective wave Ⓑ is an intermediate zigzag.

Currently, we see the development of the final impulse in wave Ⓒ. Intermediate impulsive wave (1) is complete, whilst the price rose in correction wave (2). We could expect it to end near 138.79 where wave (2) will be at 50% of impulse (1).

After the corrective move is complete, we could see a decline in the actionary wave (3) below the previous maximum. This was formed by primary wave Ⓐ. 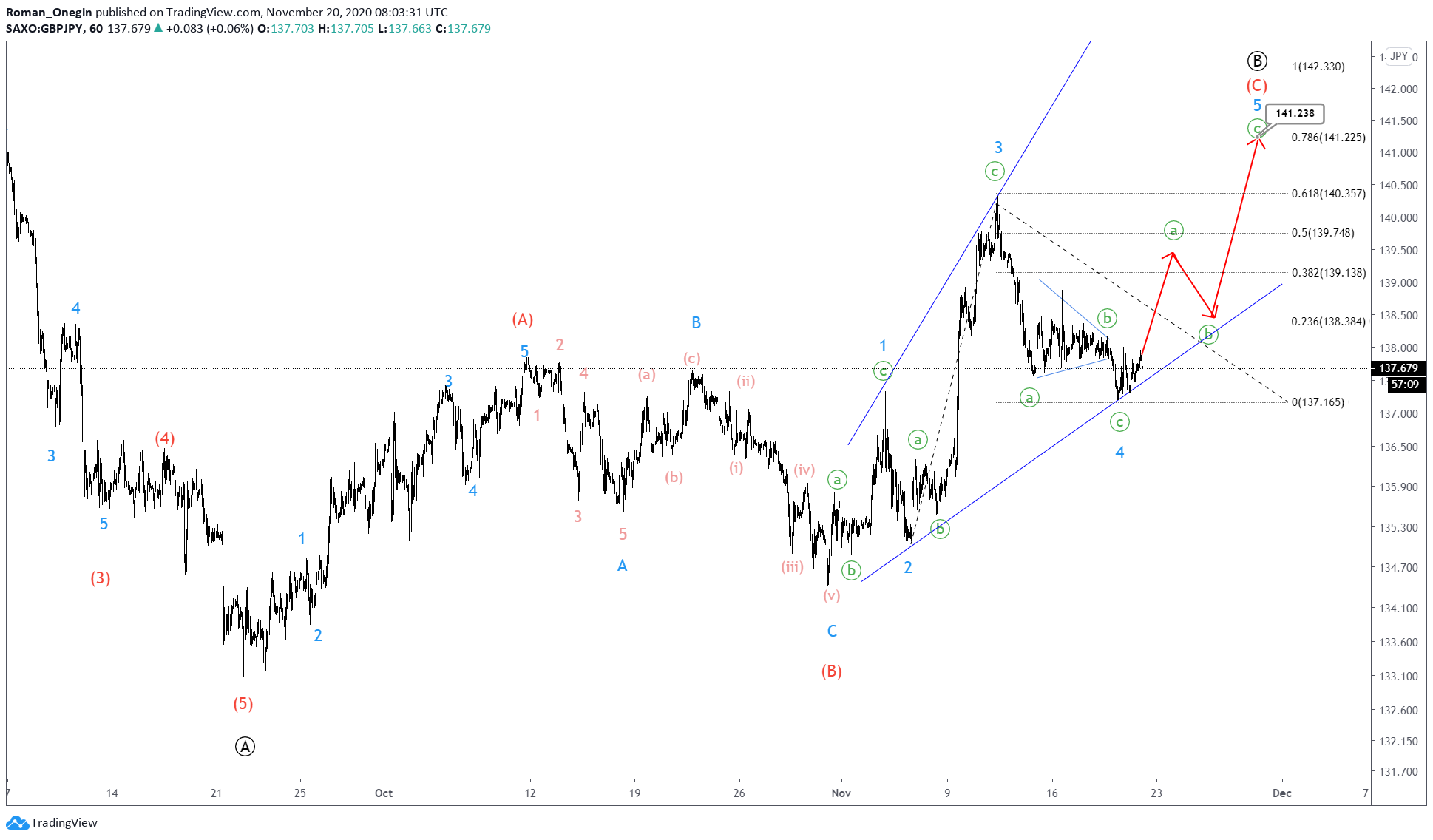 An alternative scenario hints at the incompletion of bullish corrective wave Ⓑ.

The intermediate degree wave (C) takes the form of an ending diagonal.

In the near future, we could expect the development of minute sub-waves ⓐ-ⓑ-ⓒ  to reach the 141.23 area.