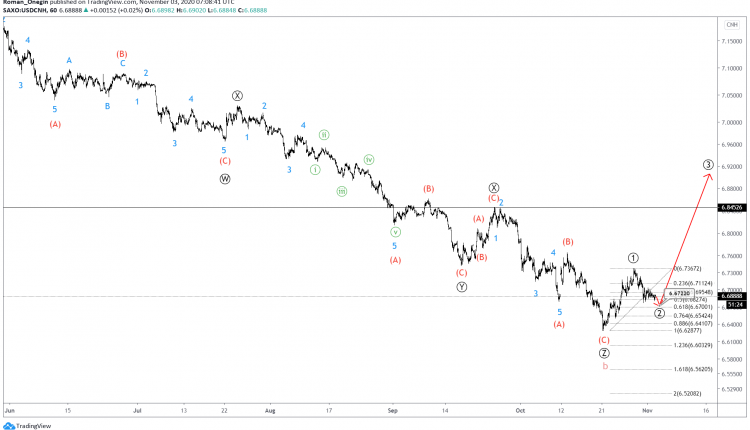 The USDCNH structure shows the completion of a triple zigzag correction b of the primary degree.

The initial part of the primary impulse consisting of sub-waves ①-②-③-④-⑤ is currently under development.

Finally, we could see a rise in the primary impulse wave ③ above the previous maximum at 6.84. 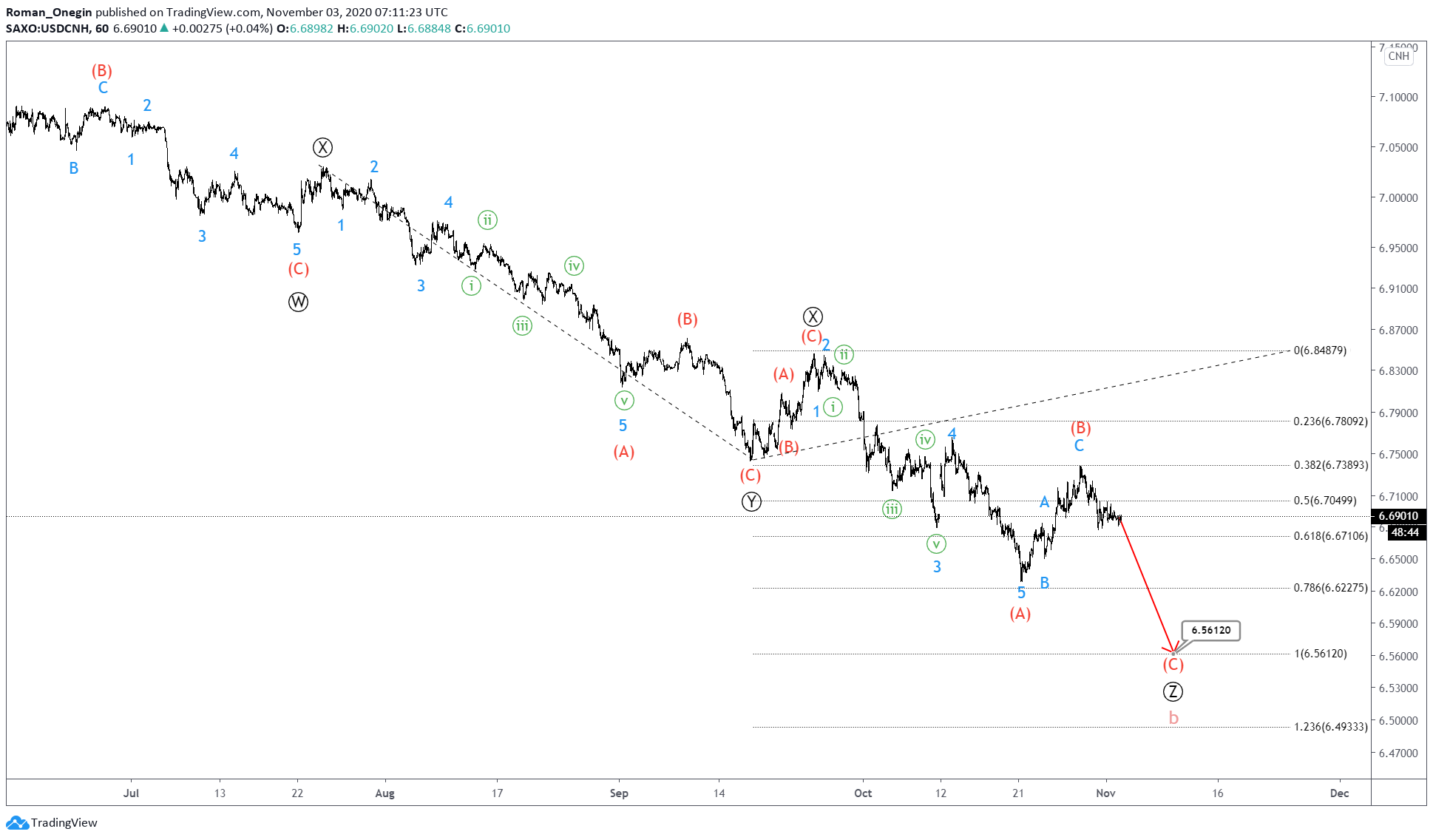 An alternative scenario shows the triple zigzag correction b has not yet completed.

At the time of writing, the final wave Ⓩ, or rather its final impulse wave (C) of the intermediate degree, is under development.

It is likely that the impulse wave (C) will send the market down to the 6.56 area. At that level, primary sub-waves Ⓩ and Ⓨ will be equal.

Key States to Watch in Tonight’s US Election