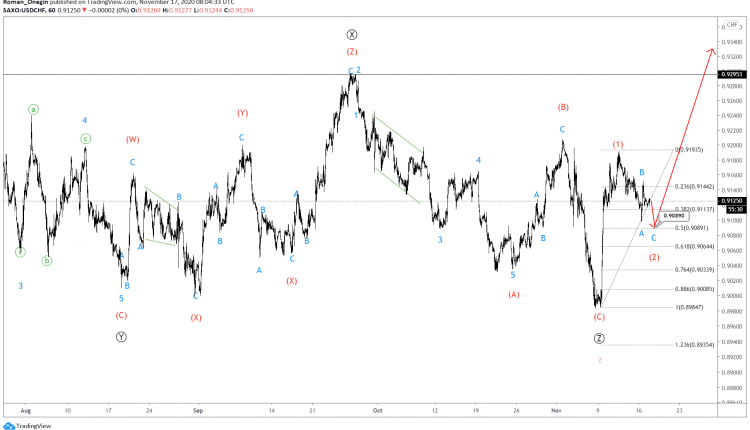 The current USDCHF structure hints at the end of the bearish triple zigzag Z of a cycle degree.

Intermediate impulse wave (1) has completed whilst the bearish correction wave (2) is still under development.

After the end of the corrective move, we could see a rise above the level of 0.929 formed by primary intervening wave Ⓧ. 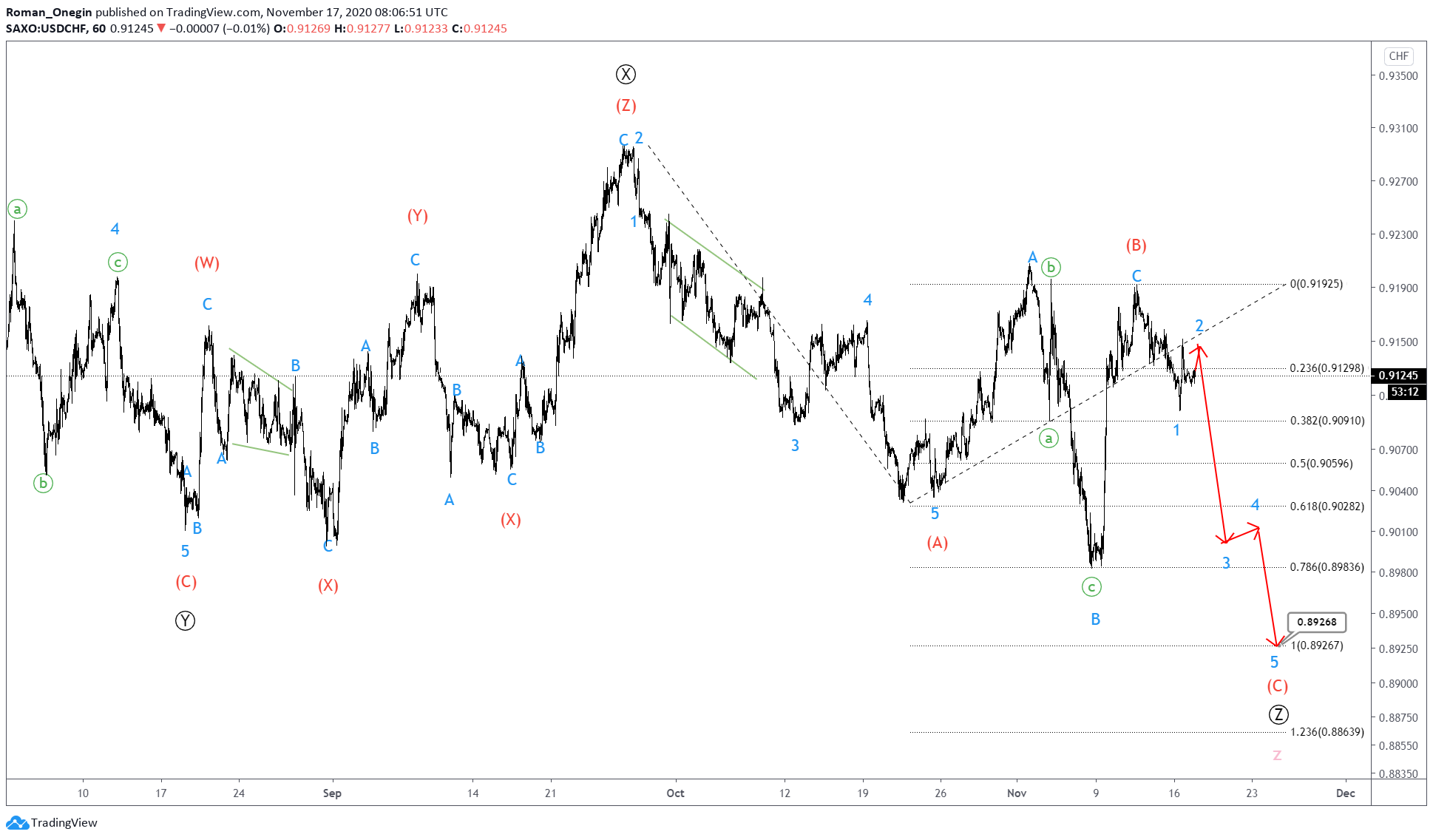 An alternative scenario shows cycle wave Z has not yet completed.

In the final zigzag Ⓩ, a flat wave (B) of the intermediate degree has recently been constructed.

We are currently seeing a decline in the initial part of the bearish impulse (C). In the medium term, sub-waves 2-3-4-5 will send prices down to the 0.892 area.

At that level, intermediate impulses (A) and (C) will be equal.