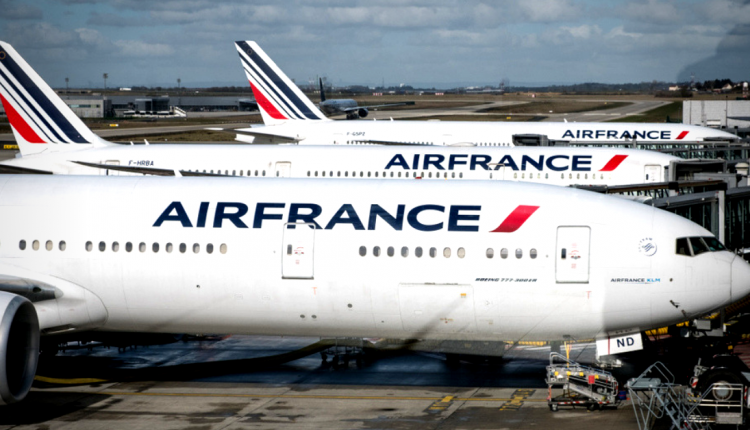 Shares in French airline Air France have been trading in a better tone over recent days. This comes despite the poor Q3 earnings reports and weaker guidance for Q4.

The rally has been largely a result of the better risk environment, induced over the last week by encouraging COVID vaccine news.

Over the third quarter, Air France reported earnings per share of -$3.90. This was far worse than the -$1.54 estimated by analysts ahead of the release.

Revenues were reported at 2.52 billion EUR over the quarter. The result marked a 67% reduction on the same period a year prior

Looking at the breakdown of the company’s data, Air France recorded a net income loss of 1.665 million EUR over the quarter.

This is 1.995 million EUR lower than the company’s results over the same quarter a year prior.

Restructuring costs amounted to -565 million EUR as a result of the contractual termination of Air France flight attendants in accordance with the departure plan of French Ground Staff.

The airliner noted that currency exchange rate fluctuations had a negative impact of 92 million EUR on revenues. However, those same fluctuations positively impacted costs (including currency hedging).

The company cited the disruptive impact of the COVID pandemic as the main reason for the weak performance over the quarter.

Looking ahead, the company also warned that it expects a weak Q4 as a result of the reintroduction of lockdown measures.

In a statement released along with the results, Air France said:

“We expect a challenging fourth quarter of 2020, with current forward bookings sharply down compared to last year.”

The company is expecting capacity over Q4 to be roughly 35% less than that seen during the same period a year prior.

Similarly, the group is expecting “negative load factor developments for the fourth quarter of 2020, particularly on the long-haul network.” They also expect “negative yield mix effects due to a delayed recovery in business traffic”. 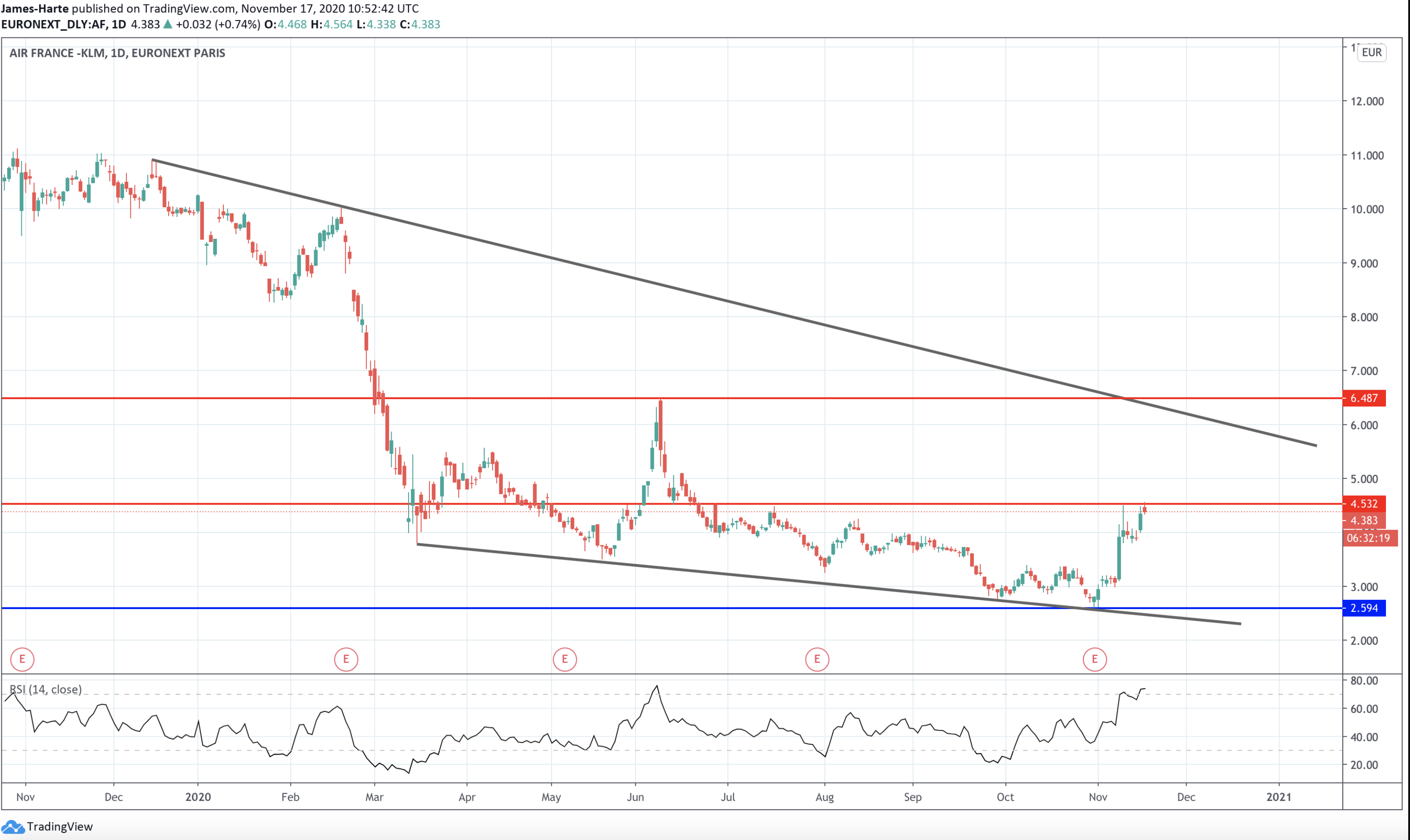 Shares in Air France have rallied off the recent test of the 2.594 support. They found confluence with the bearish trend line support.

Price has since rebounded firmly and broken back above the recent block of consolidation to trade back up to the 2.532 level resistance.

For now, the level is holding. However, the short term bias is in favor of further upside and an extension of the recovery towards the 6.487 resistance, with the bearish trend line resistance coming just ahead.

EURUSD Retreats after Edging Closer to 1.1900