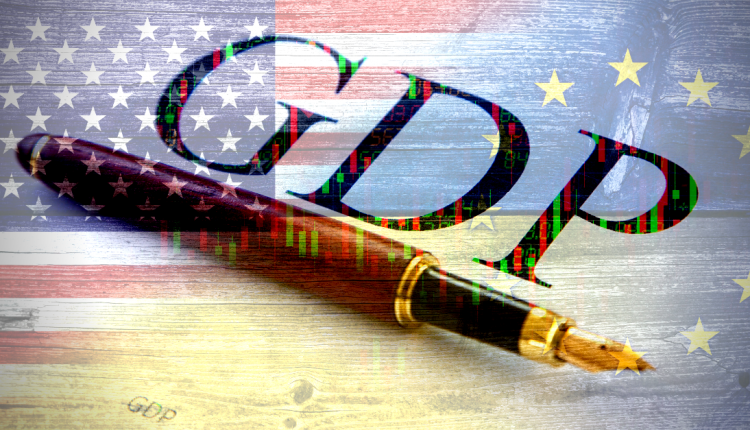 There was some good news from Japan with the latest economic data showing a rebound in economic activity.

Official data for the third quarter showed that the nation’s GDP rose by 21.4% during the three months ending September. This exceeded the expectations of an increase of 18.9%.

In the previous quarter, Japan’s GDP fell by 28.8%. On a quarterly basis, Japan’s GDP expanded by 5.0% which also beat forecasts of a 4.4% increase.

Capital expenditure was weaker, however, down by 3.4% during the period. It continues to fall after a 4.5% decline previously.

The latest inflation data from the UK showed that consumer prices rose to a three-month high in October. The gains were driven by an increase in higher clothing and food prices.

Headline inflation rose by 0.7% on the year, climbing more than the 0.5% increase from the previous month.

Despite the increase in consumer prices, inflation in the UK still remains well below the BoE’s 2% inflation target rate.

The latest labor market data from Australia saw the national unemployment rate rising to 7.0% in October.

The official data from the Australian Bureau of Statistics came out below expectations. The general forecasts were for an increase in the unemployment rate to 7.2% for the period.

In September, Australia’s unemployment rate rose to 6.9%. The economy added 178,800 jobs during the month and managed to beat expectations of a 30,000 job loss.

Data from the National Association of Realtors showed that existing home sales spiked to a 14-year high in October.

Existing home sales rose 4.3% on a month over month basis. This comes after a 9.9% increase in the previous month. The data also beat economist forecasts of a 1.4% decline for the period.

The data for October pushed existing home sales to the highest levels since February 2006. On a year over year basis, existing home rose by 26.6%.

The data was surprising as it comes amid a period of high unemployment in the US.

US Industrial production rebounds in October

Official data showed that industrial production rose by 1.1% in October. This follows a revised 0.4% decline in September.

The data also beat the general forecasts showing a 1.0% increase for the period. The rebound was driven by an increase in manufacturing output which rose by 1.0% on the month.

Manufacturing output in the previous month rose by just 0.1%. Driving the industrial production data higher was also the increase in utilities which increased by 3.9%, partly reversing the 5.2% decline from the previous month.

The third-quarter retail spending report from New Zealand is due this week.

In the second quarter, retail sales in New Zealand fell by 14.6%. This was broadly due to the impact of the Covid-19 lockdown measures.

Since then, economists forecast that retail spending picked up the pace, to the extent that a rebound is on the cards. As a result, for the third quarter, New Zealand’s retail sales are forecast to rise by 20%.

This would completely reverse the declines from the previous quarter. The data would also be positive for the NZD after the RBNZ ruled out rate cuts for the next few months.

US third-quarter GDP to remain steady

The third quarter revised estimates on the GDP are on tap this Wednesday.

The general expectations are for the GDP to remain unchanged. Meaning that the US economy rose at a pace of 33.1% in the three months ending September 2020.

The data is unlikely to move the markets as the latest Q4 data shows signs of a slowdown, especially on consumer spending.

The GDP data is also followed by the durable goods orders report. Forecasts point to a 0.3% increase in core durable goods, while the headline number is forecast to rise 1.0% on the month.

The US Federal Reserve will be releasing the minutes from the monetary policy meeting held on November 5th, 2020.

The central bank did not make any tweaks to monetary policy or its bond purchase program.

However, investors will be keen to scrutinize the minutes as speculation mounts of another round of easing in December. This comes on the back of dovish comments from NY Fed president, Williams, Clarida, and Kaplan, among others.

While the minutes may not reveal much, they could potentially validate the dovish views from the FOMC members.

IHS Markit will be releasing the flash estimates on the services and manufacturing sectors for the Eurozone.

The overall consensus is that activity in the private sector slowed during the month of October. This coincides with the introduction of new lockdown measures across some of the major cities in Europe.

Still, the pace of declines is much lower compared to the initial slowdown in March/April this year.

A more negative report could, however, start to put focus on the ECB, which is planning to announce further stimulus measures in December.