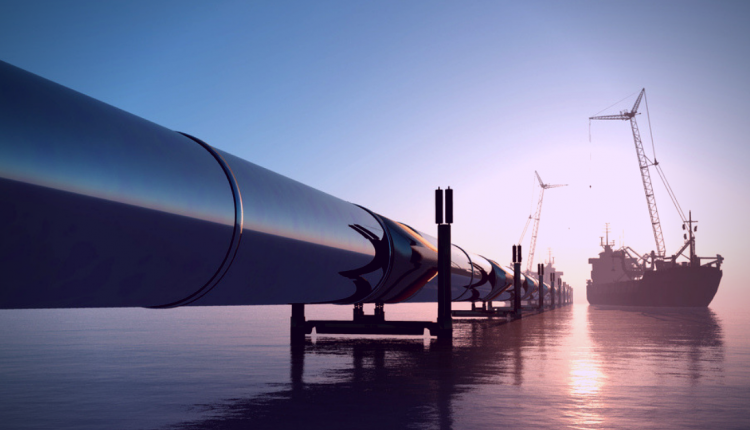 Crude oil prices have traded higher this week, boosted by the latest report from the Energy Information Administration.

The EIA report shows that in the week ending October 30th, US crude oil inventories fell by 8 million barrels. This took the total position down to 484.4 million barrels.

The result was in stark contrast to the 0.3 million barrel build the market was looking for. It takes overall crude inventory levels down to just 7% above their five-year seasonal average.

Despite the drop in headline crude oil inventories, the report showed that gasoline inventories were higher by 1.5 million barrels over the week.

This took gasoline inventories back up to around 4% above their five-year seasonal average. The result was in stark contrast to the 1.1 million barrel decline the market was looking for.

Distillate stockpiles also increased over the week. They rose by 1.6 million barrels and taking the total position back up to 18% higher than their five-year seasonal average. Again, this build was contrary to the 2.4 million barrel decline the market was looking for.

Looking back across the last four weeks, US crude oil imports have averaged 5.3 million barrels per day. This is around 15% lower than the same four-week period a year prior.

In terms of gauging demand, the report showed that the total products supplied number averaged 18.9 million barrels-per-day over the last four weeks. This marks a 10.9% contraction on the same period last year.

Over recent months, this figure has come down sharply, reflecting a much better pickup in demand since the height of the pandemic over Q1/Q2. 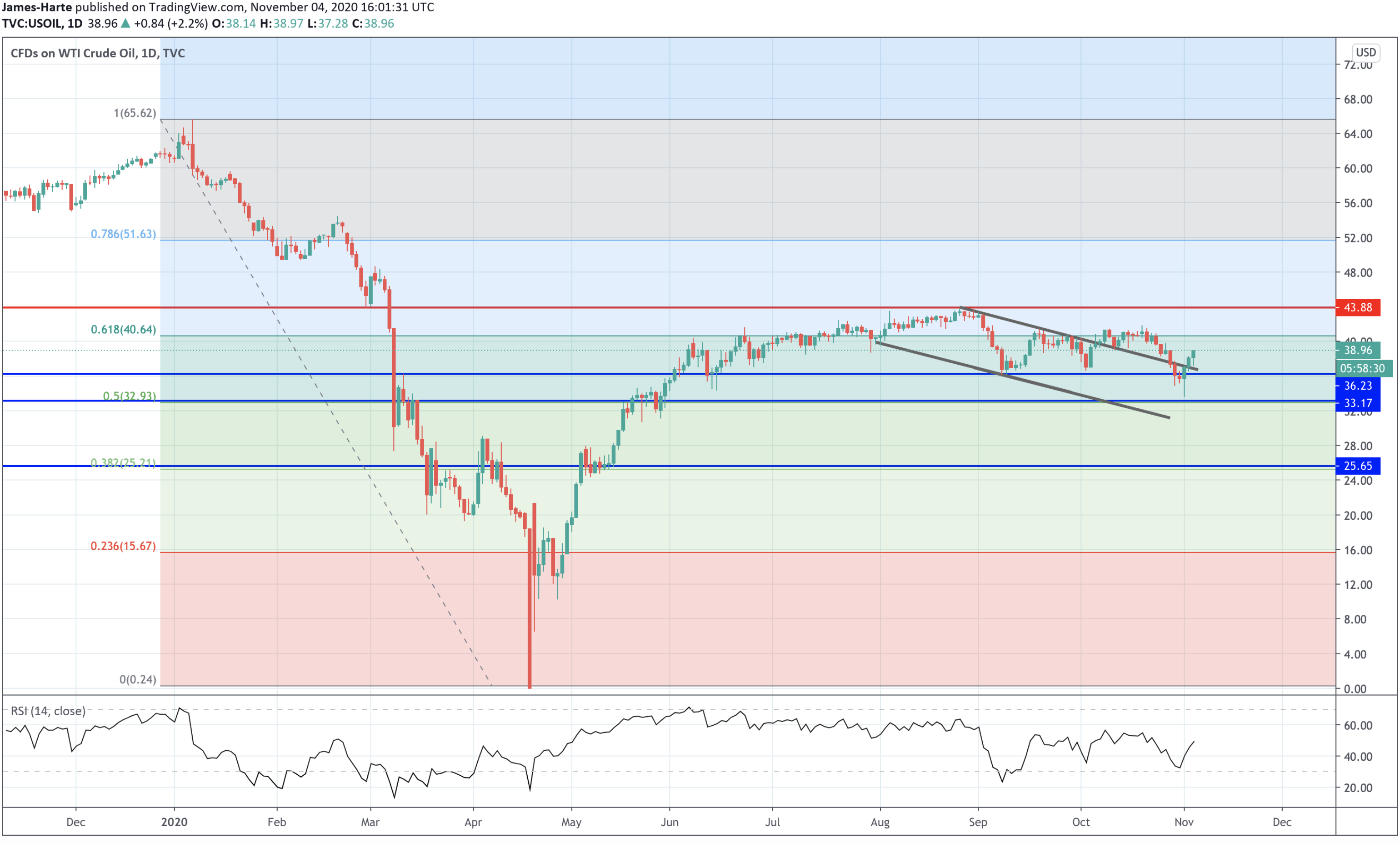 Crude oil prices tested as deep as the 33.17 level this week before rebounding sharply and trading back up above the 36.23 level and above the bearish channel.

While above here, focus is on a continued push higher and an eventual break above the 43.88 level. To the downside, any break back below the 33.17 level will bring the bear channel low into focus ahead of deeper support at the 25.65 level.

Election Hangs in the Balance