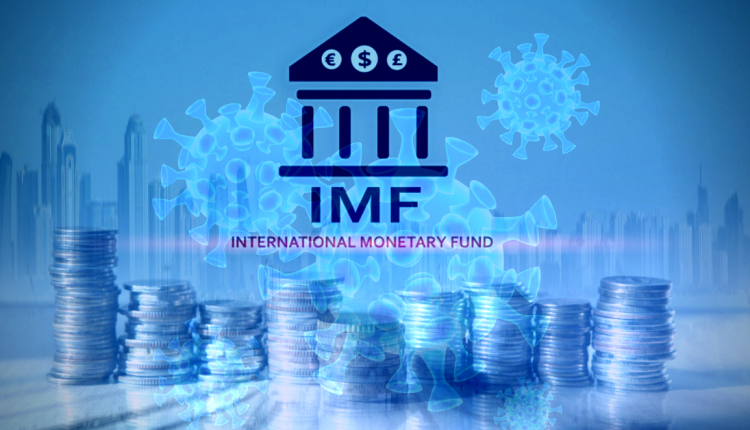 The International Monetary Fund was originally set up to help re-establish international money transfers in the aftermath of WWII.

Generally, it acts as a lender for countries to balance their current account. It also maintains liquidity for purposes of international commerce. More recently, it has been active in supporting many developed countries around the world during periods of economic crisis.

So, since there is a sizable economic crisis at the moment, what is the IMF doing?

Well, there are two aspects to consider, which are particularly relevant to currency traders.

Given that the IMF works as a backstop for the international payment system, it is also the de facto backstop for all currency trading.

Additionally, it coordinates and manages the balance of payments during international crises like the one we are in the process of recovering from.

The Real Size of the IMF

The thing about the IMF, though, is that despite getting a lot of media coverage (and being a frequent character in conspiracy theories), within the economic system, it is relatively small.

The institution manages less than $700B in funds. Most of which is already drawn down by member countries in the normal course of conducting international business.

Compare that to the US, which has already spent $2.6T in new government spending, an additional $902B in tax breaks, plus $3.1T in federal lending facilities.

Then there is the Fed which has expanded its balance sheet by almost an additional $3.1T.

In total, the US has already supplied over $9.7T in new money to the markets since the beginning of the coronavirus pandemic. This is without considering additional funding in the second relief package that still awaits approval.

And that’s just one (albeit the biggest) country.

If we look at things technically, virtually every central bank in the world has more money than the IMF. This is because the central banks are those who create money in their country.

The IMF cannot print money. But, despite this limitation, it has a lot of influence in the current situation because of its pivotal role in international finance.

The IMF is the clearinghouse for most inter-governmental payments.

In effect, the IMF can establish a moratorium on payments between countries. This effectively “frees up” orders of magnitude of spending in local governments, particularly among poorer countries.

But by backstopping credit agreements from more vulnerable countries and ensuring moratoriums on payments, they have a much greater influence on the economy.

So this Affects Currency Trading & the Stock Market?

The IMF’s actions have had a sizable effect in de-risking sovereign debt for the duration of the crisis, pushing down interest rates and bond yields.

Generally, this supports the stock markets, while depressing the reserve value of currencies. In other words, the value of emerging market currencies is kept “artificially high”, despite lower interest rates.

The flip side is that eventually, the IMF is going to return to normal as the economy takes off. Which could lead to a course of weakness in emerging market currencies, even as their economies return to growth.