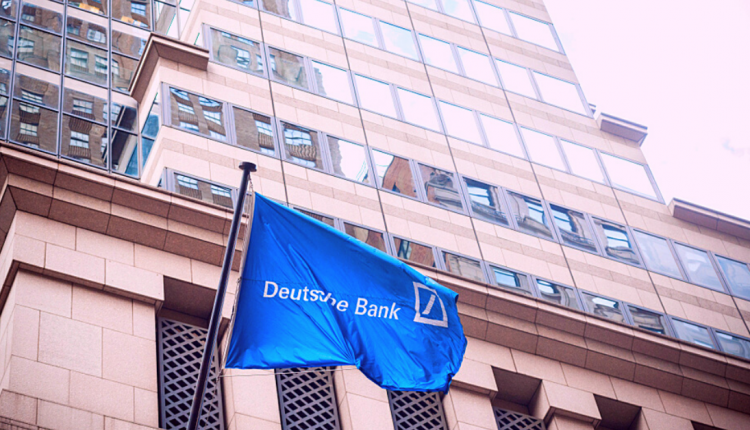 Shares in Deutsche Bank are trading a little higher pre-market on Wednesday as the bank extends its recent rally from the mid 7s in September to current highs above 11. The rally is helped by the broad pickup in risk appetite over recent weeks as a result of the encouraging vaccine headlines which have been hitting the market. Shares are also helped by cost-cutting news this week from the bank.

Bloomberg has reported this week that the bank is considering reshaping its workforce with staff set to potentially work from home 2 days a week. The move is being considered as part of CEO Christian Sewing’s strategy to reach the “ambitious savings target” he unveiled last summer.

Under Discussion For Several Months

The adjustment has apparently been under consideration for several months. The move looks very likely to go ahead. This will come following the first lockdown in Q1 and while the bank is still waiting for clarity on some regulatory matters, as well as certain countries to pass work-from-home legislation.

Interestingly, this course of action stands at odds with some of the bank’s biggest rivals such as JP Morgan and Goldman Sachs. These companies have demanded their employees return to the office as usual.

Christine Peters, a spokeswoman for the bank said

“As publicly known, we are exploring what positive lessons Deutsche Bank can learn from the Covid-19 crisis about how we work as a bank in the future. We are working on a hybrid model that will combine working from home as well as in the office. No decision has been made yet.”

The bank is reportedly already working on subletting or exiting existing leases as it strives to reduce the almost $2 billion spent over the last fiscal year on rent and furniture.

This comes on the back of a major reduction in staff levels last year, which marked the biggest set of layoffs since the global financial crisis as Sewing pushed ahead with his savings operation. 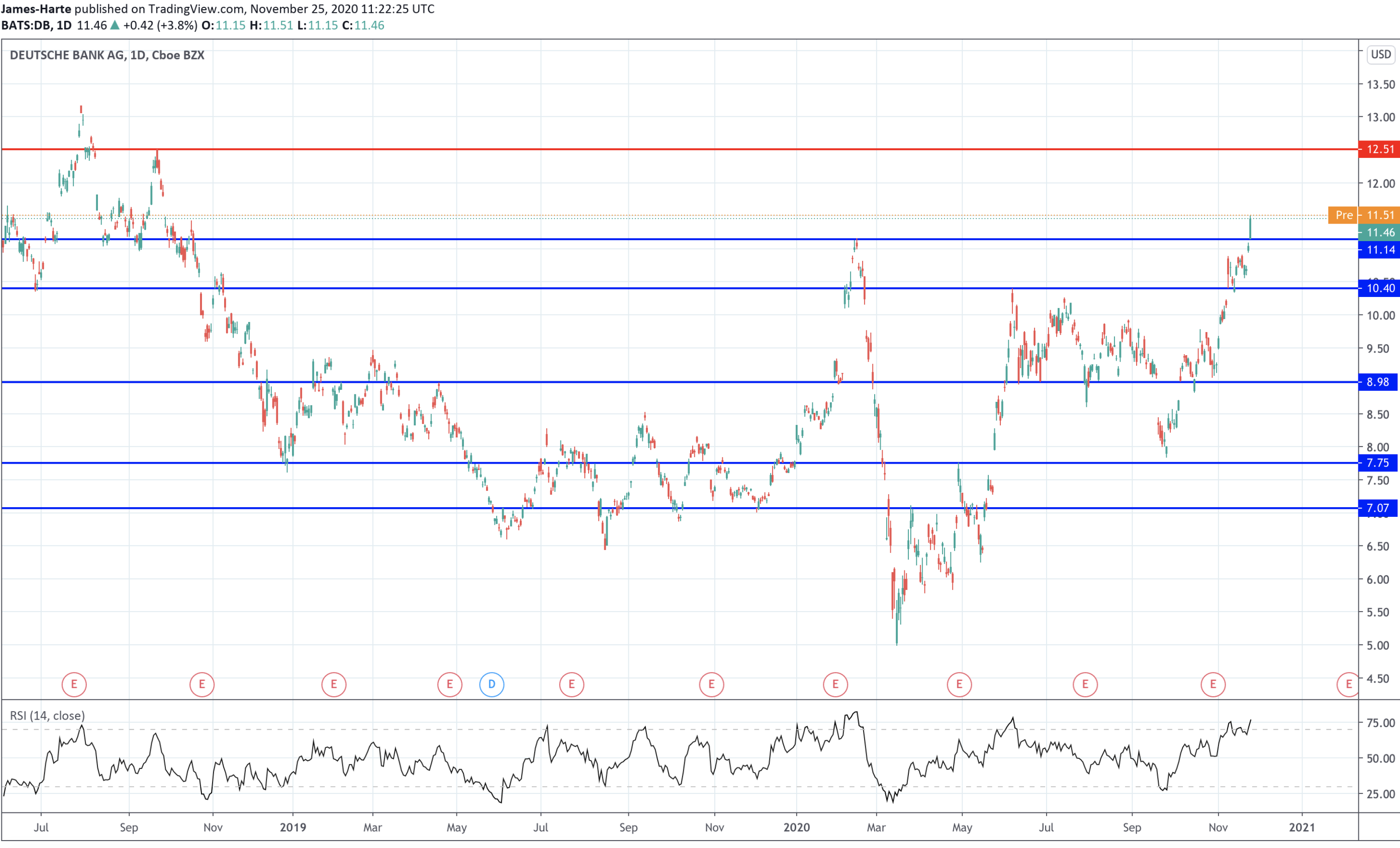 Shares in Deutsche Bank continue to climb as the stock’s impressive rally continues. Price has blown through several key levels this recent month, now pushing above the 11.14 level. While above here, focus is on a move up to the 12.51 level resistance next.

To the downside, any dip back below the 11.14 level will turn focus towards support at the 10.40 level next.