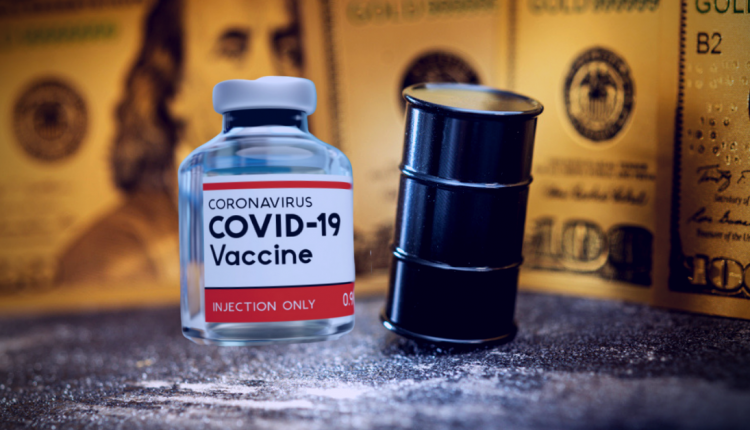 Crude prices have been higher this week. This comes in response to the better risk environment which has developed around the COVID vaccine news this week.

Oil has been higher despite the latest report from the Energy Information Administration which showed an increase in US crude inventories.

The EIA reported that in the week ending November 6th, US crude stores rose by 4.3 million barrels on the prior week.

The increase took the total position to 488.7 million contracts. At this level, US crude stores are around 6% higher than their five-year seasonal average.

Despite the increase in headline crude oil inventories, gasoline stockpiles were lower over the week.

Stockpiles fell by 2.3 million barrels, taking the total position to around 3% above their five-year seasonal average.

Distillate stockpiles were also lower, falling by 5.4 million barrels over the week. They now sit around 15% above their five-year seasonal average.

Elsewhere, the report showed that US crude oil imports averaged 5.5 million barrels per day last week. This was an increase of 470k barrels on the previous week.

Looking back across the last four weeks, US crude imports averaged around 5.3 million barrels per day, marking a 12.6% decrease on the same period a year prior.

In terms of gauging demand, the total products supplied number averaged 19.1 million barrels per day over the last four weeks. This was down 10.7% on the same period a year prior.

Total gasoline products supplied over the period averaged 8.5 million barrels per day, down 10.3% on the same period a year prior.

Meanwhile, distillate products supplied averaged 3.9 million barrels per day, down by 8.9% on the same period a year prior.

Demand has been steadily recovering for oil over recent months despite concerns around rising COVID cases globally. And with the news this week of a vaccine, the outlook has improved drastically.

Pending successful rolling out of the jab, sentiment should continue to improve. 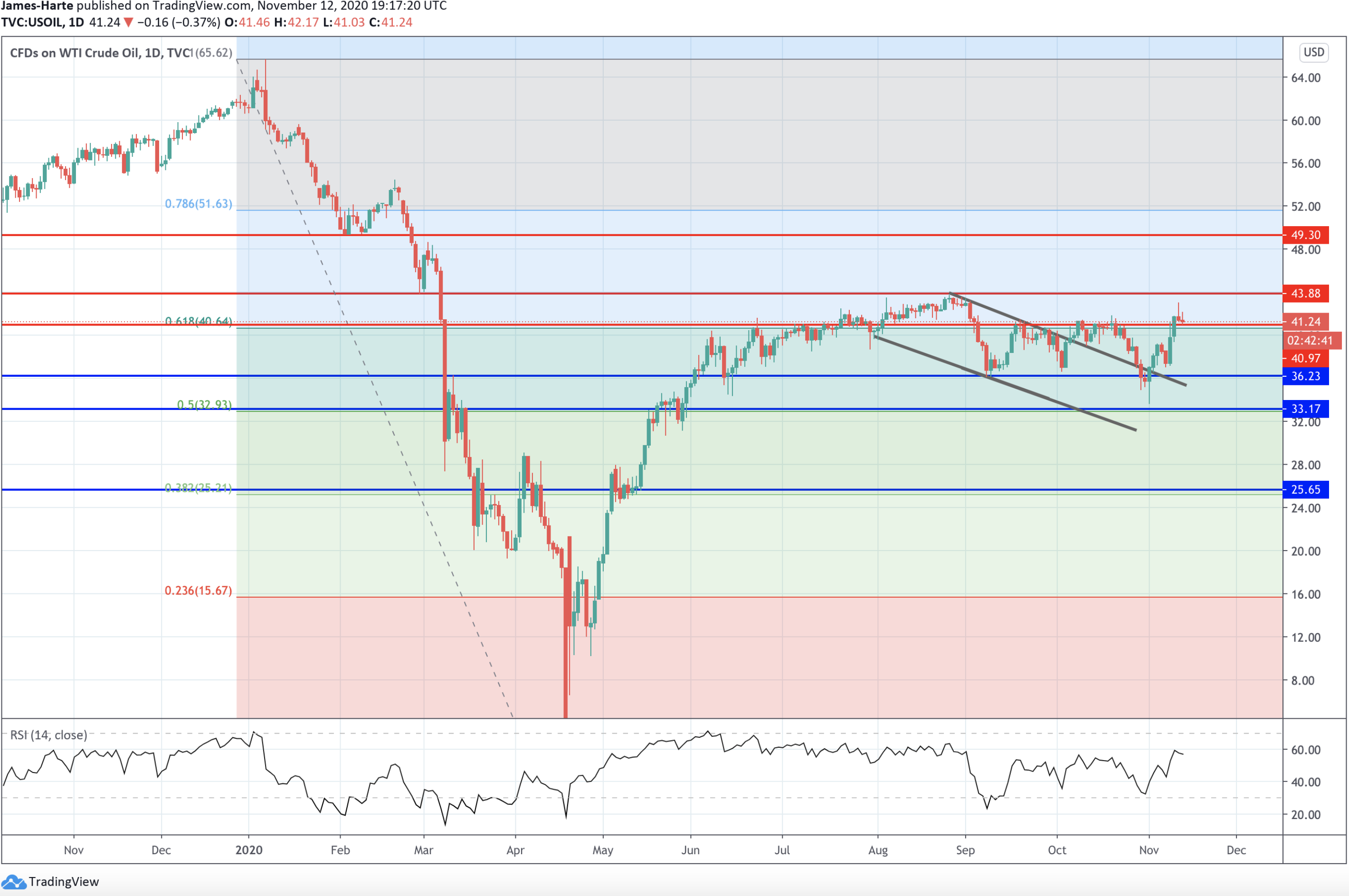 Crude oil prices broke back above the 41.35 level and the 50% retracement of the decline from 2020 highs this week. However, prices stalled just ahead of testing the 43.88 level.