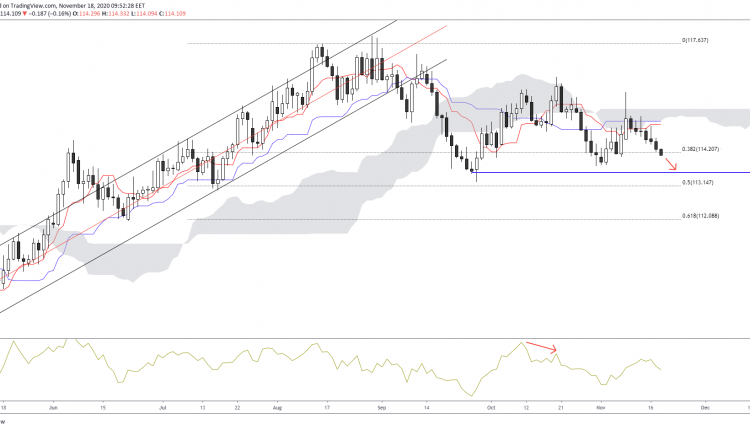 CHFJPY has recently fallen out its long-term ascending channel, as multiple attempts to re-enter have failed.

The 118 target was lost, as a recent bearish divergence moved the currency pair lower. An attempt to move higher was met with heavy resistance from the Ichimoku indicator, as engulfment within the cloud led prices down.

If further weakness materializes, the previous bottom could be the next target, along with the 50% of the 108.65/117.63 Fibonacci leg. 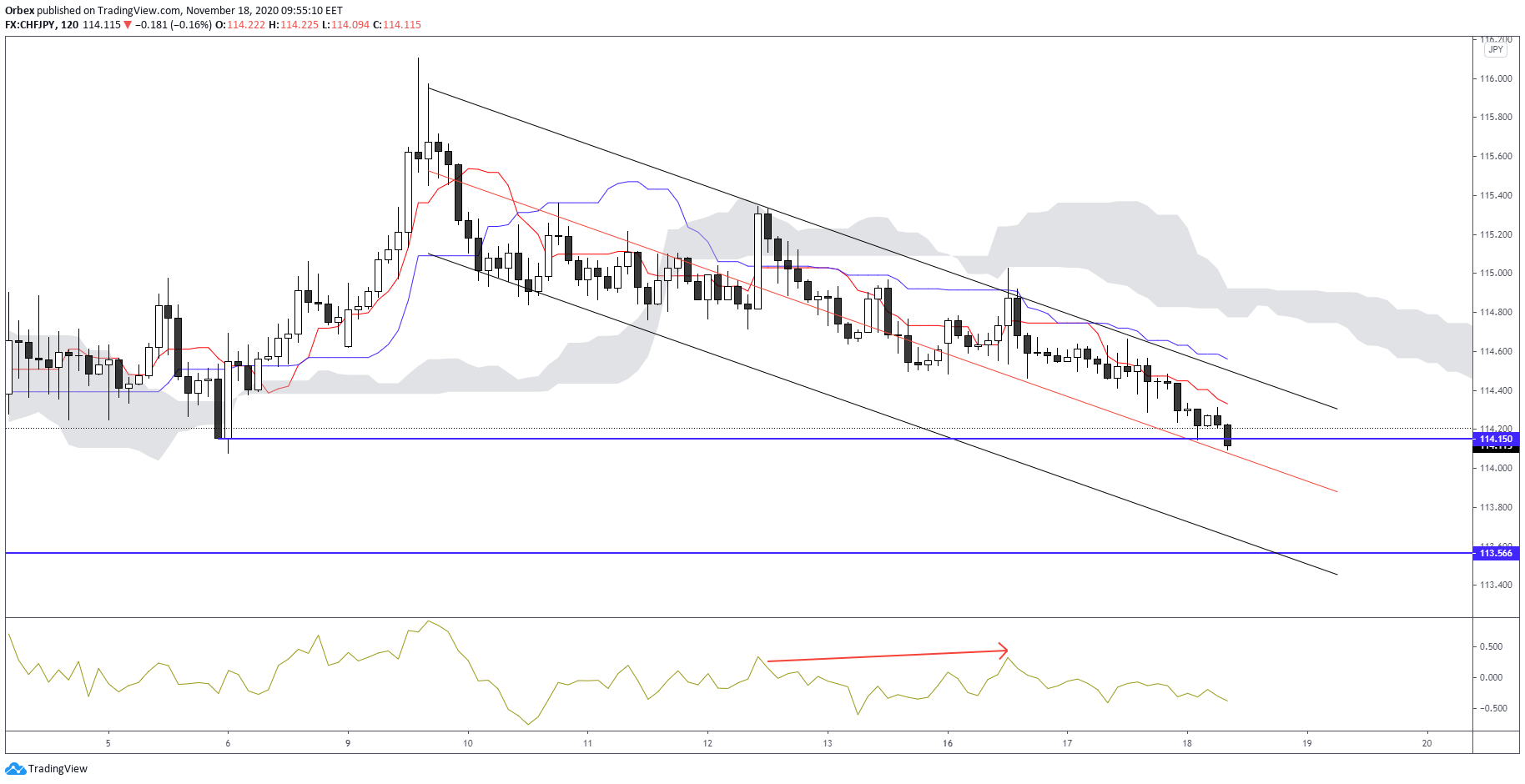 An intraday perspective looks at prices ranging in a descending channel from the beginning of the month. The median regression is acting as a support level, as we now look towards a possible break to the downside.

The recent hidden bearish divergence formed on the momentum indicator suggests a move past the lower 114 range.

Should the said targets be achieved, then the lower channel would come into play, along with the long term support of 113.56.

Any hopes of an upside move would first need the emergence of candles to trade between the convergence and baselines of the Ichimoku indicator.

Test your strategy on how the CHF will fare with Orbex - Open Your Account Now.
analysis_enCHFJPYtechnical analysistrading opp
0 188
Share FacebookTwitterGoogle+LinkedinPinterestTelegramWhatsAppEmailPrint