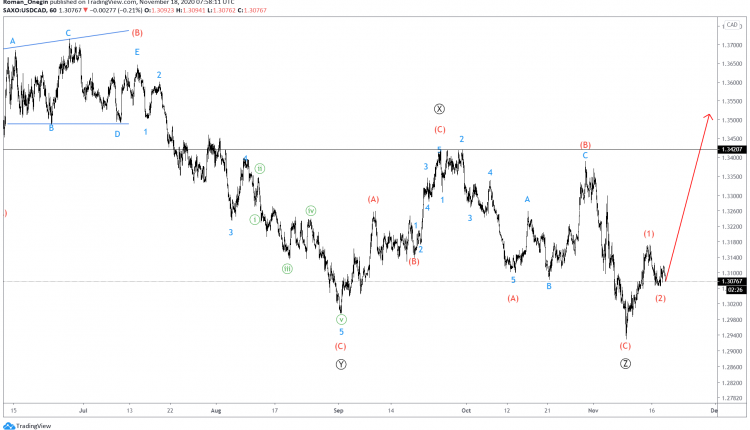 The USDCAD hints at a triple zigzag of the primary degree, consisting of sub-waves Ⓦ-Ⓧ-Ⓨ-Ⓧ-Ⓩ.

At the time of writing, a bullish trend shows the development of the initial part of an intermediate impulse.

Waves (1) and (2) are fully complete, whilst prices are likely to increase in sub-waves (3)-(4)-(5) above the previous maximum. This was formed by the primary intervening wave Ⓧ above 1.342. 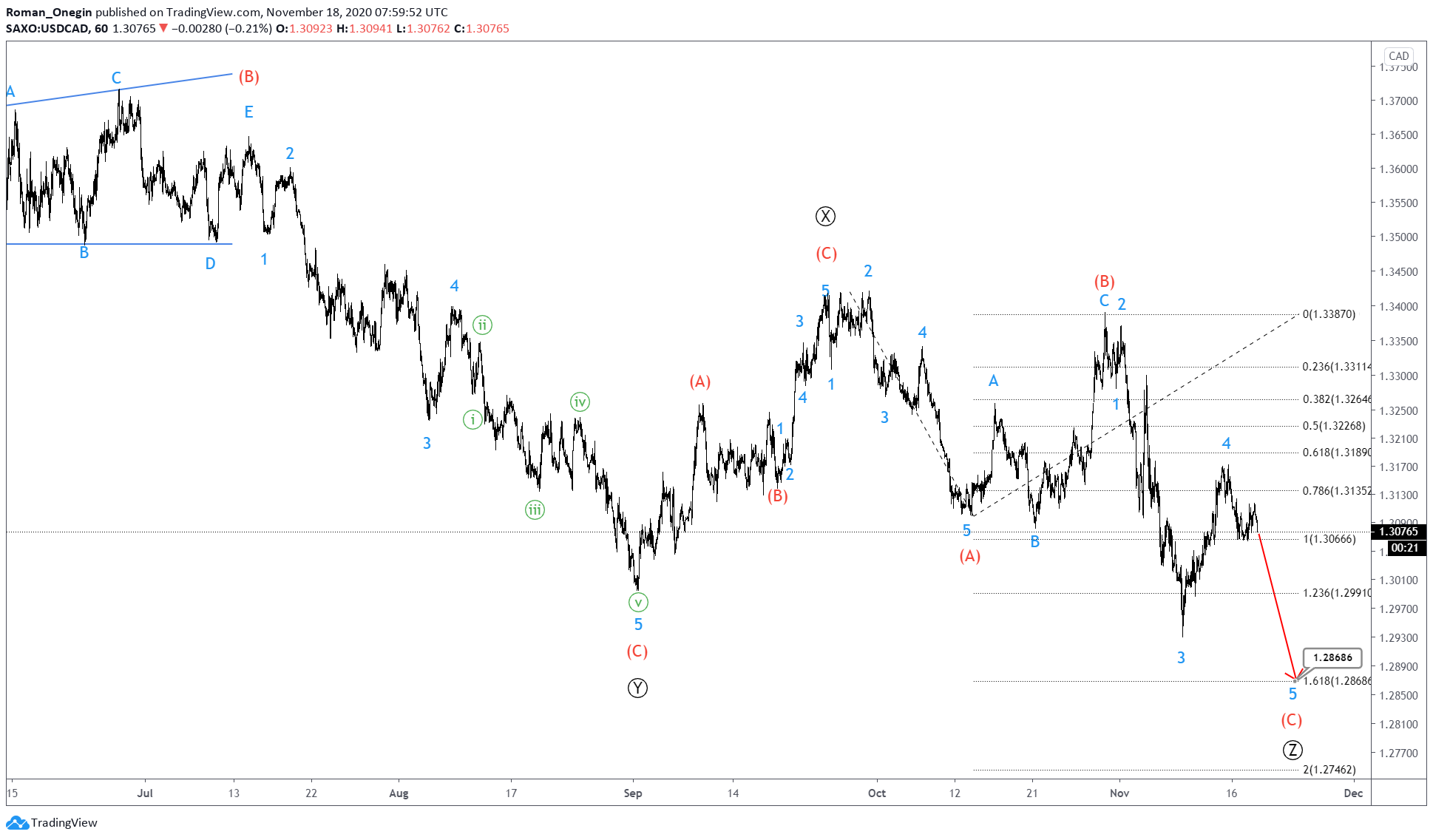 An alternative scenario shows an incomplete triple zigzag, with the formation of the final wave Ⓩ. This consists of intermediate sub-waves (A)-(B)-(C).

The first four parts of the impulse (C) have formed. We could expect the currency pair to decline in the minor wave 5 to the 1.286 area.