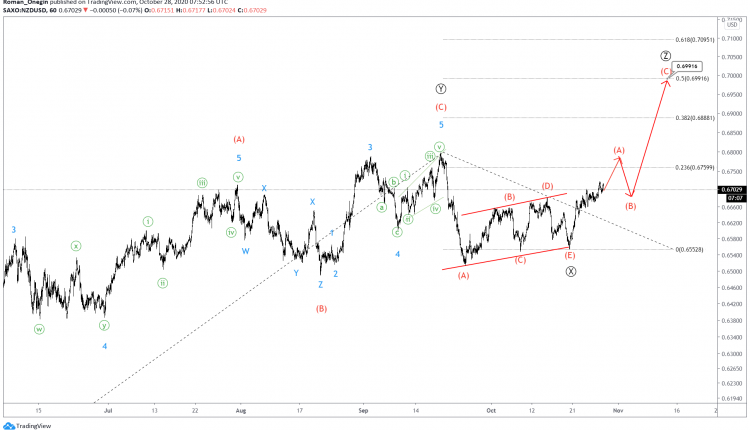 NZDUSD seems to be forming a bullish wave Ⓩ which is part of the primary triple zigzag Ⓦ-Ⓧ-Ⓨ-Ⓧ-Ⓩ.

Its development began recently, after the end of the intervening wave Ⓧ, which took the form of a horizontal triangle.

It is possible that the wave Ⓩ will take the form of an intermediate standard zigzag (A)-(B)-(C), like the previous actionary wave Ⓨ.

Thus, in the medium term, we could see the market rise in the specified figure to the 0.699 area, as shown on the chart.

At that level, primary wave Ⓩ will be at 50% along the Fibonacci lines of wave Ⓨ. The probability of achieving this coefficient is high. 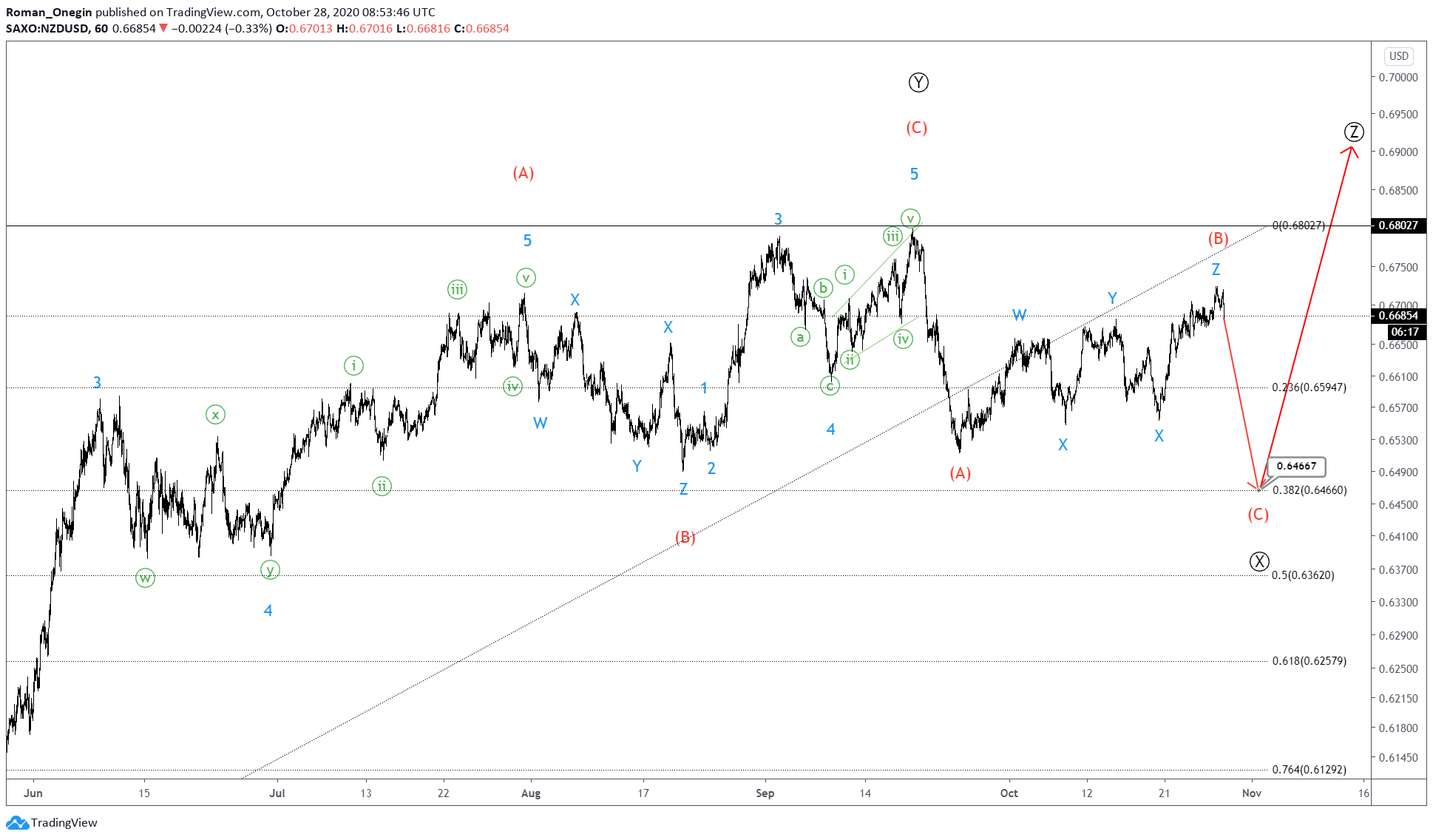 Let’s consider an alternative scenario, where the formation of the primary intervening wave Ⓧ has not yet completed.

In this case, it can be a simple intermediate zigzag (A)-(B)-(C), in which wave (A) is an impulse, and correction wave (B) is a triple zigzag.

Intermediate impulse (C) has just started its development and may send price to the 0.646 area, where primary wave Ⓧ will be at 38.2% of the zigzag Ⓨ.

Then, we may expect the final actionary wave Ⓩ to develop, with growth possible above the previous maximum.