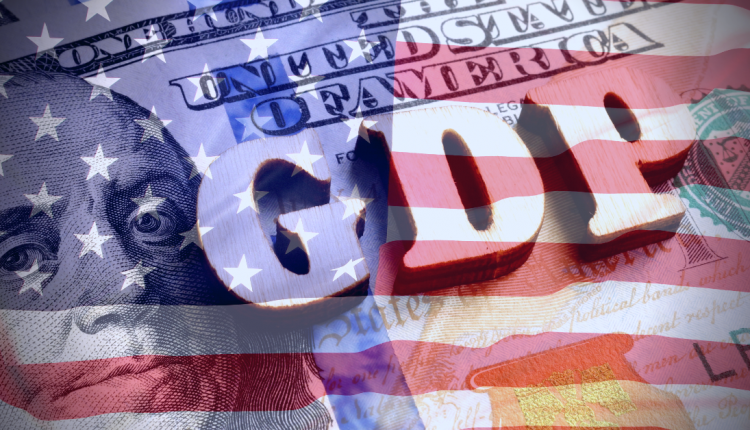 All analysts’ estimates suggest that third-quarter GDP in the US is going to break all previous records for growth.

This is to be expected after the second quarter was the biggest drop on record.

The important question is whether the two moves cancel each other out, or leave the US on a positive or negative note.

That will have implications both for growth projections this year and for policy, which is the key to understanding the market reaction.

Thursday is the first look, or “advance” figure, which is likely to be subject to some revision later. But, given the magnitude of the GDP swing, later revisions are likely to be too small in comparison to have a major impact.

Consequently, there is a lot riding on this data for the markets.

The range of forecasts is pretty broad, from as little as 28% to as high as 39.7%. But the average view (and where most of the forecasts cluster) is 31% annualized growth.

There are a couple of key context issues to consider:

1. This is annualized growth, not how much the economy grew or shrunk over the quarter. Basically, it measures how much growth there would be if the quarter were extended to a whole year.

The idea is to make a number that’s comparable to annual growth. The formula is relatively complicated, but a simple approximation can be made by multiplying the quarterly result by four (the four quarters of the year).

If you want to get a comparable figure to other countries, you can get a fairly accurate estimate by dividing the annualized result by four. So, in the second quarter, the US economy shrank by around 7.8% during the quarter.

2. A recovery has to be bigger than the drop to return to the prior level. A 31.4% drop followed by a 31% increase is not equivalent.

In other words, the US economy has lost around 9% since the beginning of the year. To recover to the level it was pre-pandemic, it would have to have an annualized growth rate of ~40%.

The OECD currently estimates that the US economy will be one of the ones that have suffered the least, shrinking by 4.7% this year.

An annualized growth rate of around 30% in Q3 would be right in line with that expectation. Therefore, it isn’t likely to shake up the markets all that much.

Significantly below 30% would imply a slower recovery. This might be better for the stock market as it would imply more stimulus.

On the other hand, getting closer to the 40% mark might impact stocks because it would likely imply increased uncertainty in the outcome of the election. This is because President Trump would be able to use a “near recovery” result to support his reelection bid.