Netflix Down 5% Pre-Market On Q3 Earnings 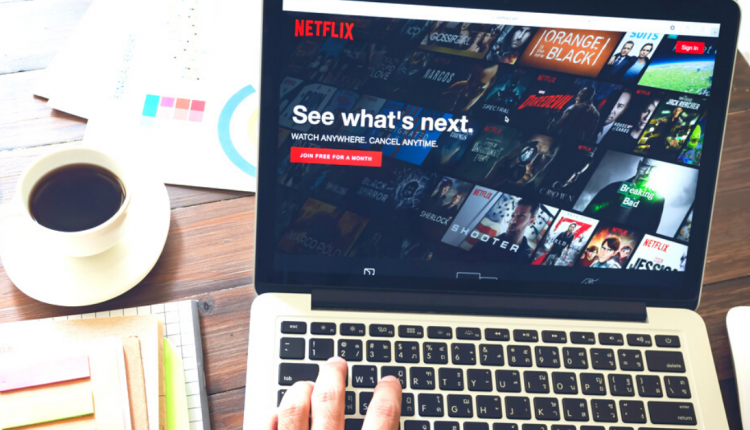 Shares in US streaming giant Netflix are trading over 5% lower pre-market on Wednesday following a weak set of Q3 earnings yesterday.

Netflix reported third-quarter earnings per share of $1.74, undershooting expectations of a $2.13 EPS. Despite the miss, earnings were still higher than the $1.47 recorded over the same period a year prior.

Indeed, revenues actually came in above expectations at $6.44 billion, versus $6.38 billion expected. This marks a 22.7% increase on the same period a year prior.

With the rise in revenues, Netflix noted that its free cash flow was positive for a third straight quarter at $1.1 billion. This was firmly above the -$551 million in Q3 2019.

However, this was mostly due to the fact that the company has had to largely halt production over the quarter.

While the headline readings were not dismal, the big hit to investor sentiment has come from news that the company only added 2.2 million subscribers in Q3.

Commenting on the undershoot, Netflix said the miss was

“primarily due to our record first-half results and the pull-forward effect we described in our April and July letters… In these challenging times, we’re dedicated to serving our members.”

Looking ahead, Netflix is forecasting 6 million paid ads over Q4, less than the 8.8 million over Q4 last year.

However, if the company can achieve that number this would mark a record high 34 million paid ads over 2020, firmly beating the prior record of 28.6 million adds in 2018.

As part of this guidance, Netflix said:

“We continue to view quarter-to-quarter fluctuations in paid net adds as not that meaningful in the context of the long-run adoption of internet entertainment, which we believe is still early and should provide us with many years of strong future growth as we continue to improve our service.” 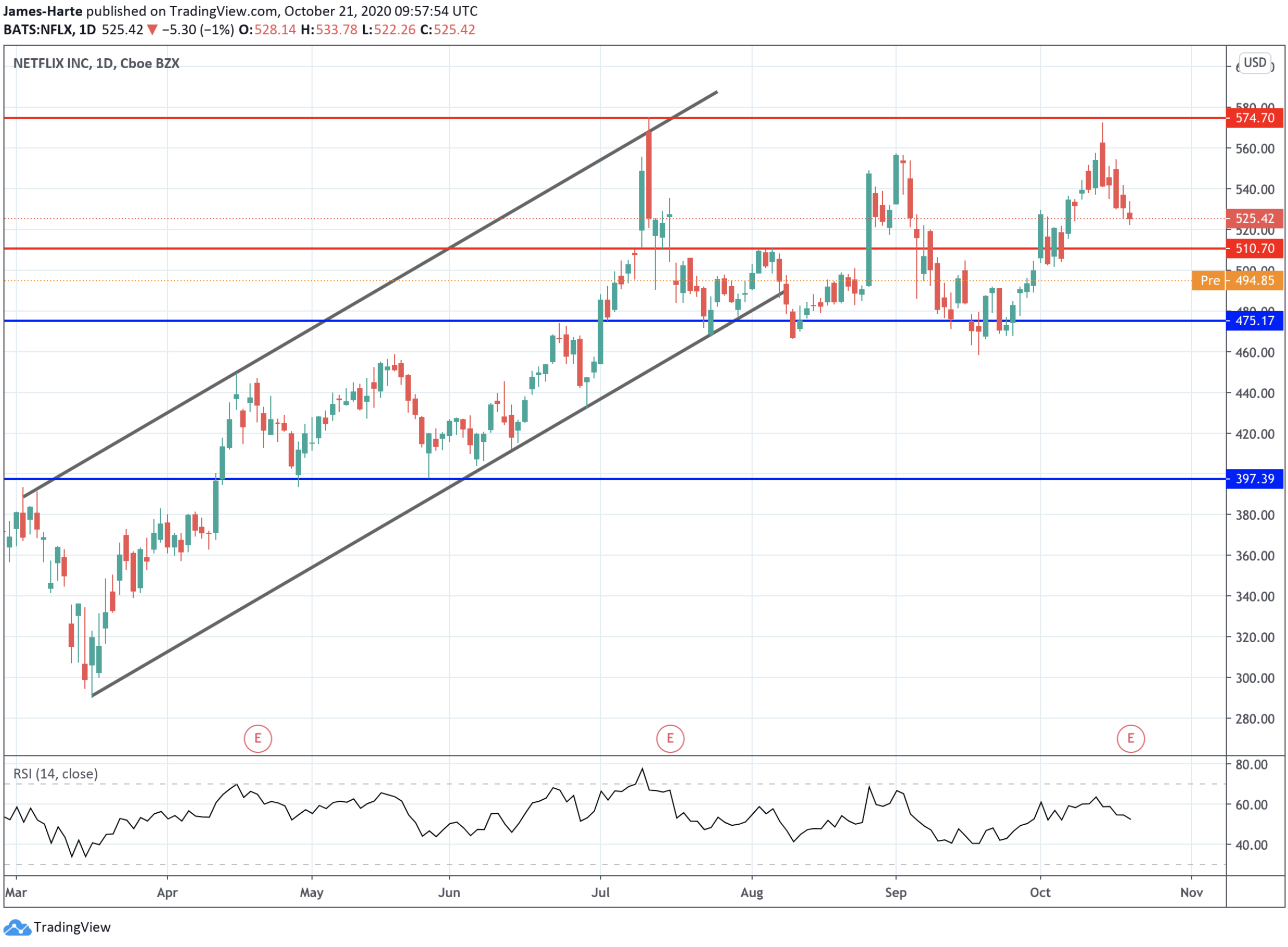 Shares in Netflix have once again failed at a test of the 574.70 level.

With the RSI indicator showing strong bearish divergence, there is the risk of this developing as a double top formation. This could signal the start of a much larger downside move for Netflix if the 475.17 level support is broken.

While above here, the range between that level and 574.70 is likely to persist while markets await the outcome of the US elections and clarity on a future US stimulus package.

The 5 Hottest Stocks to Trade During the Pandemic