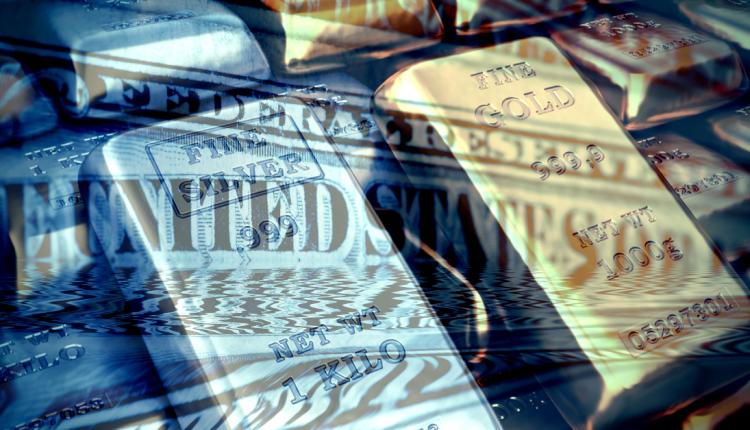 It’s been a disappointing week for gold bulls. Following some strength midweek, gold flows have since reversed and are now back to around flat on the week, as of writing.

The main driver for gold prices this week has been the movement in the US dollar.

The greenback has been under firm pressure over much of the week as uncertainty ahead of the US elections, as well as hopes of a fresh stimulus package, have weighed on sentiment.

However, a rebound on Thursday interrupted the bullish move in gold. In the near term, there is plenty of scope for gold prices to continue to appreciate.

With uncertainty likely to rise as we head closer to the election, as well as the prospect of a Biden win, the outlook for the dollar has plenty of downside risks built-in.

Alongside this, the rising fears around the growing second wave of COVID mean that gold is likely to retain plenty of safe-haven demand. 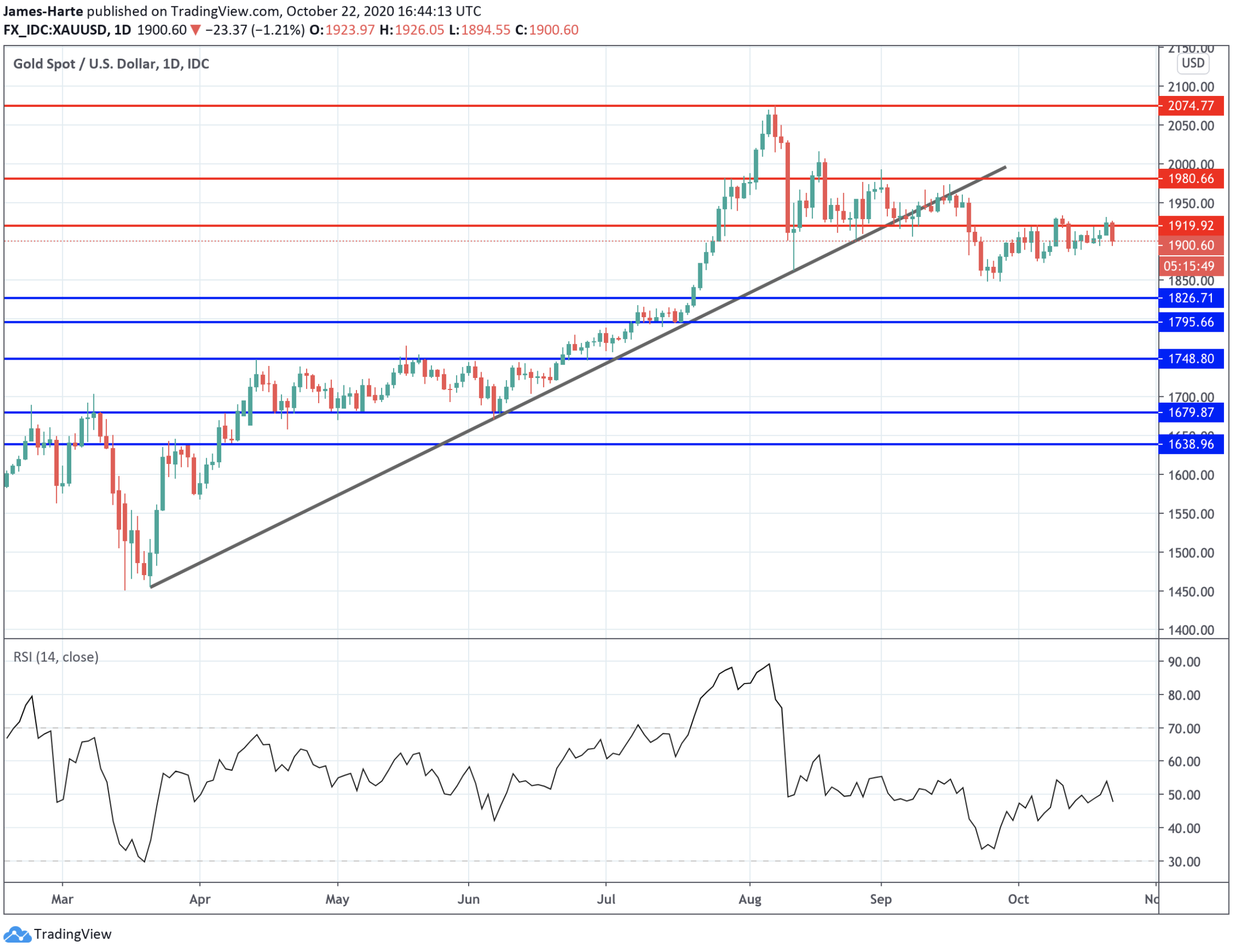 For now, gold prices remain capped by the 1919.92 level resistance. While this level holds as resistance, a further correction towards the 1826.71 level could still materialize.

However, while prices hold above this support the focus is still on continued upside in the medium term and a break back above the 1919.92 level turning focus back to higher levels thereafter.

The silver market has seen broadly the same price action as we have seen in gold this week.

The downside move in the dollar across much of the week has offset the downward impact of the weakness in equities markets.

Traders will now be looking to today’s manufacturing data sets which could offer silver some support if the readings show strength.

Similarly, if the releases undershoot expectations, this could weigh on silver prices further. 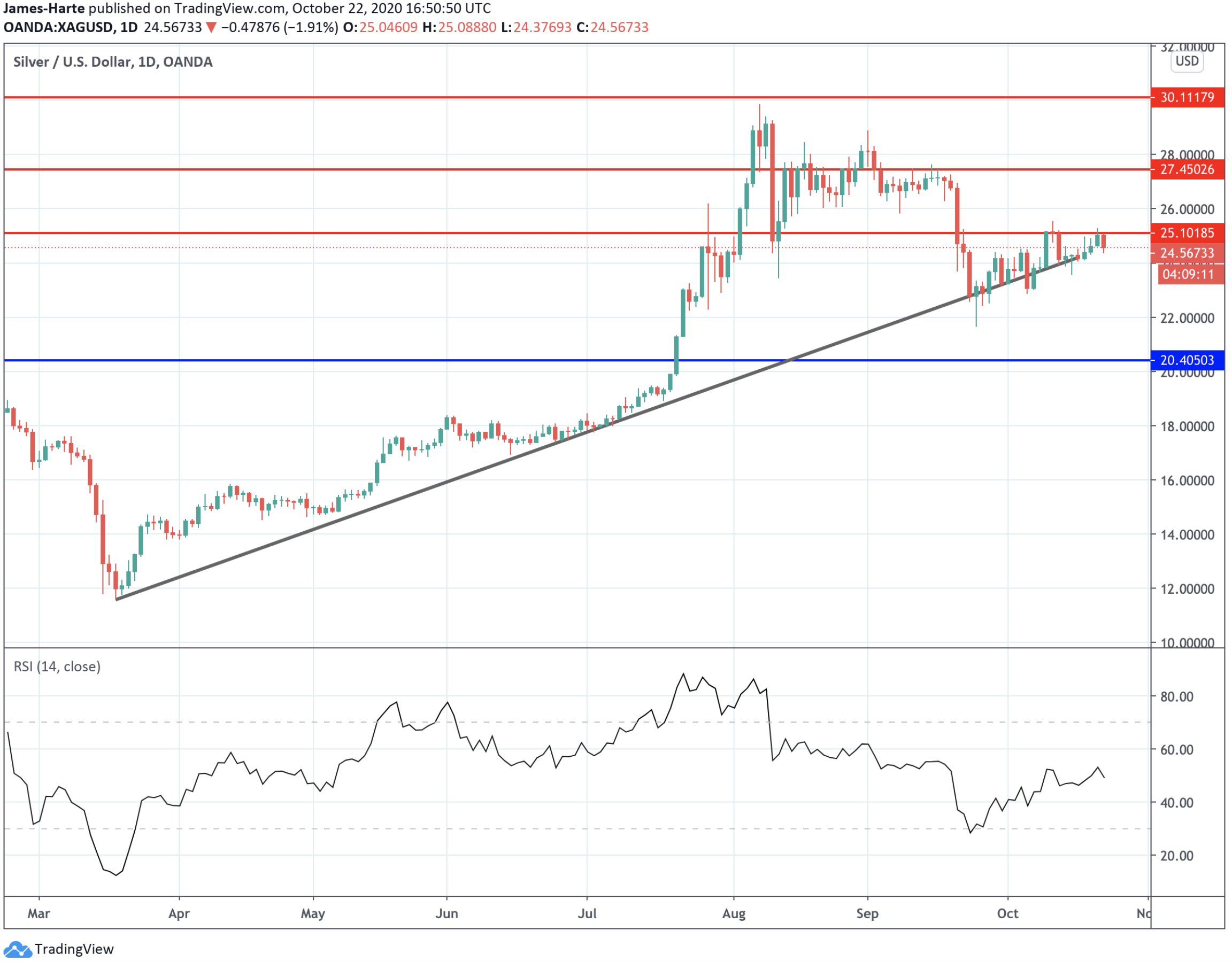 Silver prices continue to hug the rising trend line from year to date lows, which continues as support for now. However, the 25.1018 level is still holding as resistance and unless bulls can break back above here soon, a drop down to the 20.4050 level is still a risk.

Final Presidential Debate Holds Nothing Back