Final Presidential Debate Holds Nothing Back 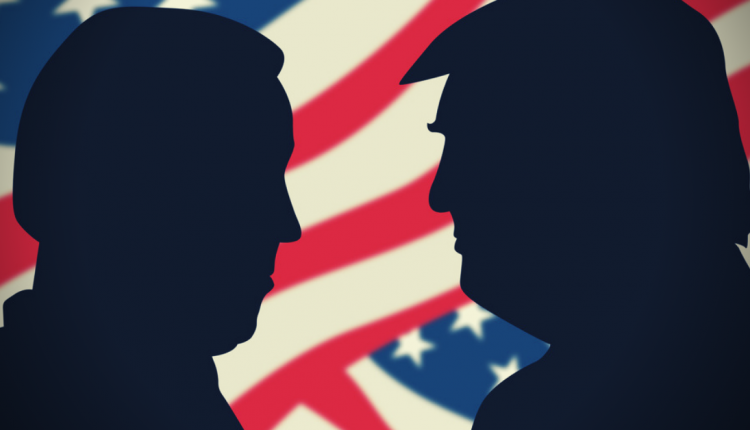 The US index fought back yesterday as it closed 0.25% higher towards the 93 handle.

A stalemate in stimulus negotiation talks boosted the dollar, whilst initial jobless claims fell which added more positivity towards the greenback.

Trump and Biden traded blows as the final televised presidential debate came to a close. With less than two weeks until the nation turns to the polls, will this be the end of the verbal abuse?

PMI data later today will give an indication of to what extent the service sector has stalled in its recovery.

The eurozone region’s recovery is faltering due to the continuous surge in coronavirus cases.

France is the next county to impose heavier curfews on more cities as record infection rates rise to over 41,000.

Chancellor Gives in to Support Pressure

The pound ran out of steam yesterday as it closed 0.51% lower, falling back through the 1.31 handle.

UK Chancellor Sunak has unveiled increased support for jobs and workers hit by COVID restrictions after growing demand. The government will now fund 62% of the wages for staff hours that are not worked.

This came as the UK sealed its first big post-Brexit trade deal with Japan. The new deal largely replicates the existing EU-Japan deal, but has an extra chapter on digital trade and lacks the quotas for agricultural exports.

The equity market ended yesterday’s session with an air of uncertainty, with a lack of progressive fiscal stimulus talks still hovering in the air.

However, the chances of a relief bill being pushed through before November 3rd looks bleak.

Gold dropped by over 1% on Thursday as it fell towards the psychological $1900 area. The knock-on effect of a rise in the dollar led to a downturn in sentiment.

The ongoing stimulus saga came to a pause, as White House economic adviser Larry Kudlow cautioned that there were still significant policy differences. These were unlikely to be resolved before the election, which weighed on risk appetite towards the yellow metal.

This came as Russian President Putin said the country does not rule out delaying the increase of oil production.

The World Bank projected that the oil prices would average $44 in 2021, as a slow recovery in demand is matched by an easing in supply restriction.

Attentions turned to Hurricane Epsilon as it approaches North America, as it becomes the 26th storm of the 2020 Atlantic hurricane season.