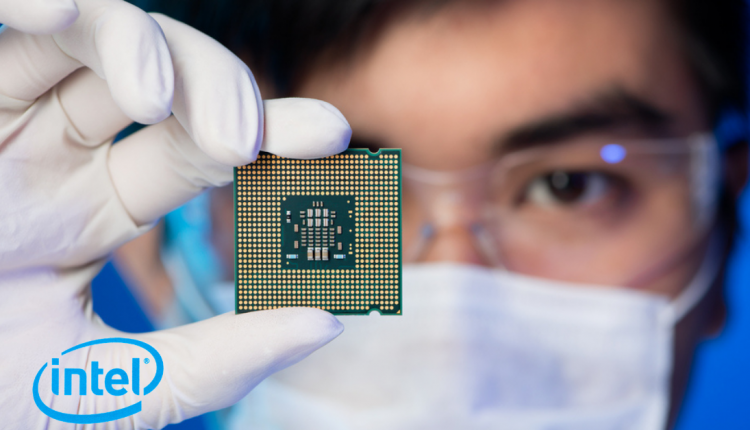 Shares in US technology company Intel are trading a little lower pre-market on Tuesday.

The company’s stock price has been broadly lower following a disappointing set of third-quarter earnings last week. These have been exacerbated by the risk-off tone to markets this week.

Shares in Intel are now trading around 17% off their recent October peak following the release. Intel reported third-quarter earnings per share of $1.01. This undershot expectations of a $1.11 reading.

The company also reported revenues of $18.33 billion, beating estimates of an $18.25 billion reading. However, revenues were down 4% year on year.

One of the key factors of the report which has negatively impacted investor sentiment was the decline in revenues in the group’s Data Center Group.

Notably, Intel also reported that revenues from businesses and governments were 47% lower, following two consecutive quarters of growth. The loss of revenues in this sector was due to the mass closure of offices over the quarter as more and more workers were instructed to work from home in both the private and public sectors.

However, there were some bright spots in the earnings release. The group’s largest business, Client Computing Group (which is responsible for the sale of PC chips) reported earnings of $9.85 billion. This marks a 1% increase year on year and beating the market estimate of a $9.09 billion reading.

Cloud Computing was also higher by 15% over the quarter extending the recent run of gains in Intel’s cloud computing business.

In all, however, the report was broadly a disappointment for investors. The group’s Non-Volatile Memory Solutions Group saw its revenues drop by 11% year on year at $1.15 billion. This also undershot expectations of a $1.50 billion result.

With the COVID pandemic beginning to resurface now, the outlook for Q4 is filled with downside risks. Already we are seeing a broad wave of risk-off trading sweeping through the markets, weighing on the tech sector specifically. 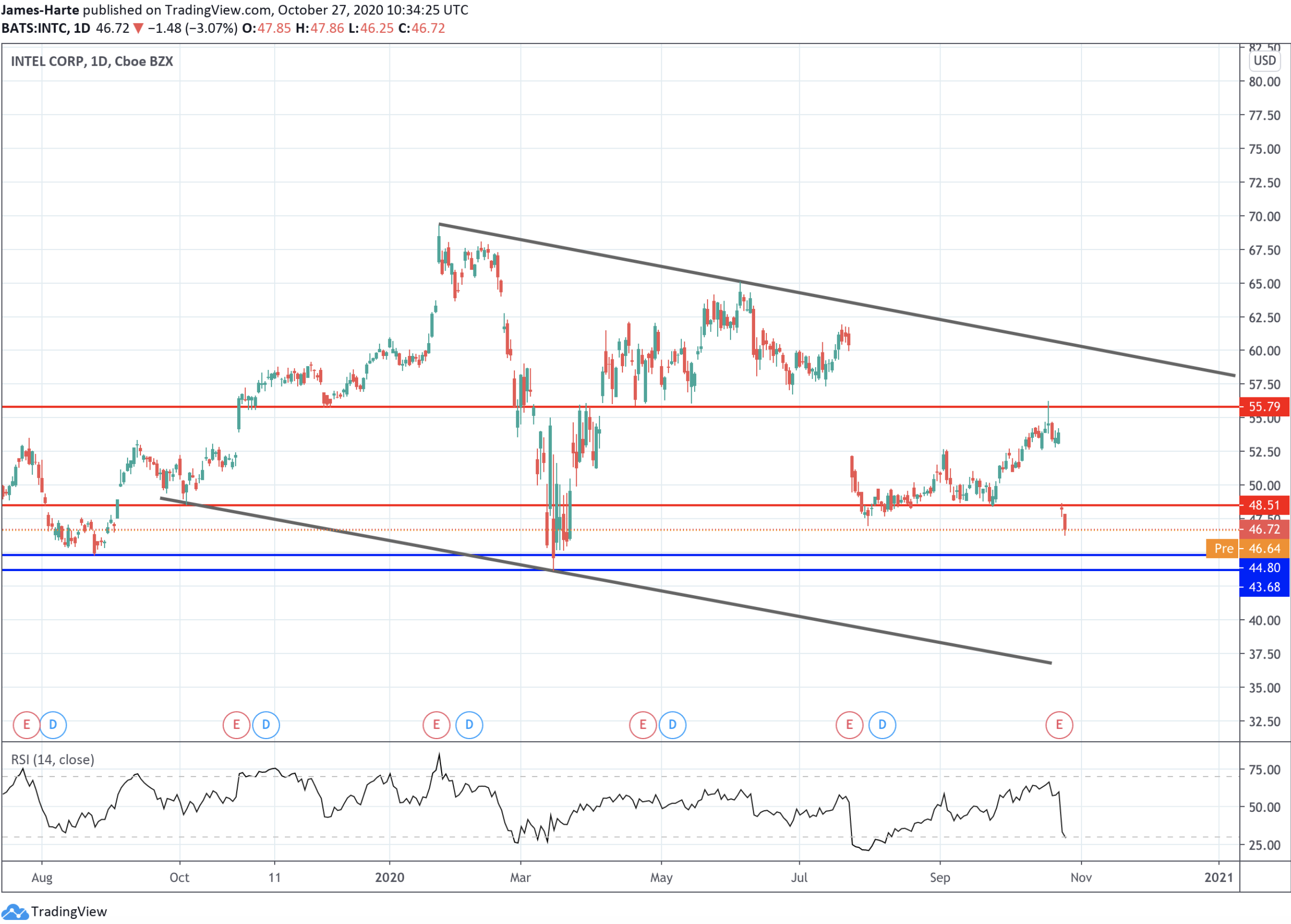 Shares in Intel had been on the path to recovery from mid-July to mid-October. However, the failure at the 55.79 level has seen shares once again turning lower within the broad bearish channel which has framed price action this year.

Price has now broken below the 4851 lows following the gap lower on that Q3 earnings miss.