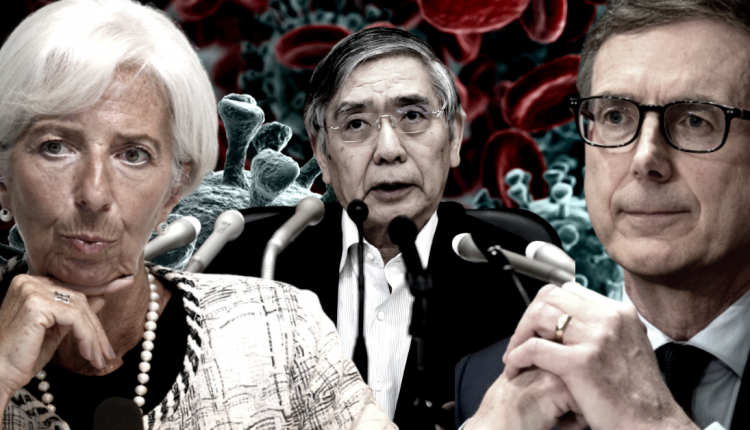 With many countries in the world seeing a renewed spike in covid cases, lockdowns and other restrictions are being reimposed.

The economic impact of that is likely to increase calls for central banks to step in with more easing. But most have already turned up their easing to the maximum.

Central banks would have been in a position to pivot towards a more long-term position if it hadn’t been for the increased case numbers.

More easing would likely support the stock market, on top of a desire to move to non-liquid investments. On the other hand, we might expect further weakness in the currency markets.

Let’s have a look at the three major central bank events coming up this week.

Canada to Carry On?

First up we have the interest rate decision from the BOC.

Covid cases in Canada have spiked past their “first wave” highs this month, prompting new restrictions. But that doesn’t seem to have changed the outlook for the economy all that much.

Recent data has shown positive trends, with inflation lifting and job creation being higher than expected.

The consensus of expectations is the BOC will leave their policy unchanged. The accompanying statement is expected to reiterate the same points made a month ago.

There is a general perception that Canada’s economy is likely to be subjected to how commodities evolve.

In that respect, there is a lot of uncertainty in the upcoming US election. And the BOC likely will want to see how the risk situation in their southern neighbor and largest trade partner plays out, first.

The consensus is unanimous that the BOJ will keep their rates and buying at the same level as before. But, the central bank is expected to announce cuts to their growth and inflation forecasts for this year.

The change in forecasts is not expected to have a major impact on the currency, because there isn’t much agreement that the BOJ will change policy in the near future.

Japan is trying to push for further economic activation, while at the same time the new PM is in favor of raising taxes. The country already has the highest tax rate in the OECD, and the consensus is that a higher burden on business will slow recovery.

The yen might fluctuate a bit during Governor Kuroda’s interminable press conference, however, if he hints at any policy changes.

There is a pretty broad consensus that the ECB will stand pat on its policies. But, the question is when/if there will be an increase in further PEPP.

Covid cases have spiked across Europe prompting new lockdowns and a significant drop in consumer and business confidence.

With the euro’s weakness, the summer’s controversy about the exchange rate is likely not to be an issue.

There is a pretty strong consensus that the ECB is going to announce an increase in easing in December. But there isn’t so much agreement on whether Lagarde will come out to hint at it this time around.

So, if there isn’t mention in the statement, we could wait for the press conference to see if there is any volatility in the euro.