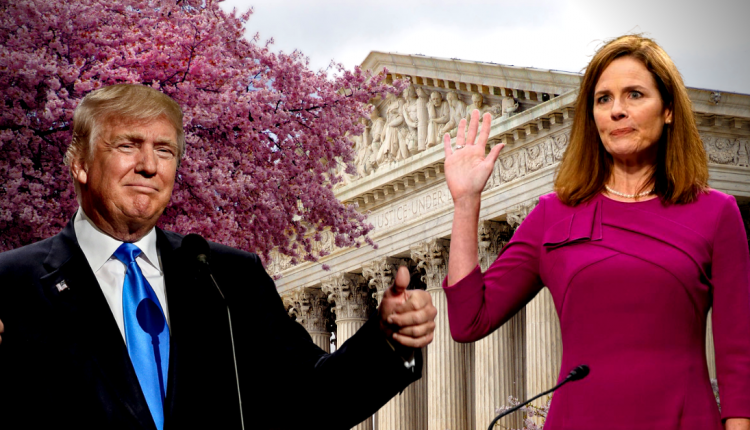 Yesterday, Trump’s latest nominee for the US Supreme Court was voted out of the Senate Committee along party lines.

The nominee will now be voted on by the full Senate before October 26th according to the most recent schedule.

The event is significant mostly for political reasons but could have an impact on the election. And consequently, the markets.

Generally, the Supreme Court isn’t a market mover, except in some narrow instances.

For example, in legislation that involves a specific company, a ruling from the court could drive their share price.

But, the Court’s rulings more often than not have to do with legal wrangling that impacts the nation’s legal system, politics, and social norms. So what’s different now?

Amy Coney Barrett (or ACB) was nominated to replace Ruth Bader Ginsburg after her death.

The process has been controversial, to say the least. But that’s not a matter for the markets.

The issue at hand is that the Trump Administration and Republicans in the Senate are doing their best to get Judge Barrett seated before the end of the month (whereupon she’d become Justice Barrett).

There are two major issues that could be market moving which will come before the Court in early November:

1.  If there is a contested election

Both presidential candidates are staffing up on lawyers in the advent that neither wins the election decisively.

That could lead to a protracted legal battle that could extend into January. This would likely involve the Supreme Court like it did in 2000.

The markets would be unhappy with the uncertainty, and Barrett is expected to play a key role in those potential decisions. (Recent polling has shown Joe Biden’s lead in the polls waning, sapping risk sentiment as the result is less certain.)

On November 10th, the Supreme Court will hear a case involving the Affordable Care Act. This could either significantly modify the prior administration’s signature legislation or do away with it entirely.

That would have far-reaching effects not just on insurance companies, but the economy as a whole.

Amy Coney Barrett’s role is key here because she’s on the right of the political spectrum.

Up until now, the court was balanced between four conservative justices, four liberal, and one (Roberts) who leans either way. Barrett’s nomination would tip the court to the conservatives’ favor.

But “conservative” has a different legal definition than the political idea. Barrett is an “originalist”.

Originalist judges “interpret the laws as written” in her own words. This differs from the “liberal” view that judges should interpret the law in the context of current events.

Barrett wouldn’t be expected to rule in favor of Republican laws any more than her predecessor and mentor, Antonin Scalia.

It means that the Supreme Court is likely to take a less activist role in deciding cases, leaving more contentious issues to Congress. In the long run, the increased certainty is likely to support economic growth and the markets.