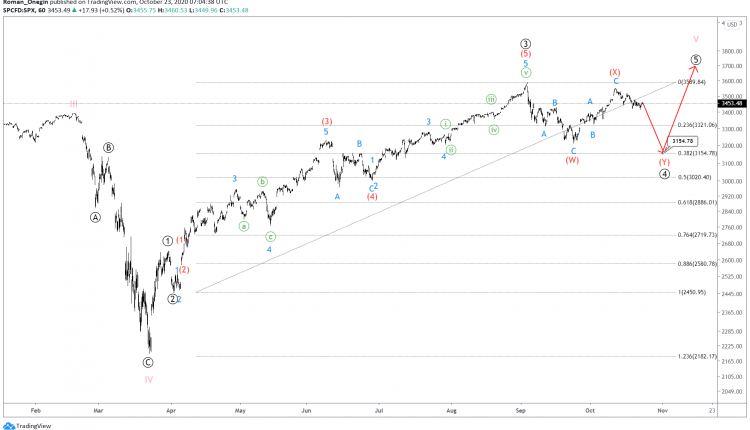 The structure of the SPX500 index shows a 5-wave impulse cycle.

Impulse wave V of a cycle degree is currently under development. It consists of primary sub-waves ①-②-③-④-⑤.

Horizontal correction wave ④, which is currently being formed is a double three (W)-(X)-(Y). Waves (W) and (X)  ended, whereas wave (Y) is under development. 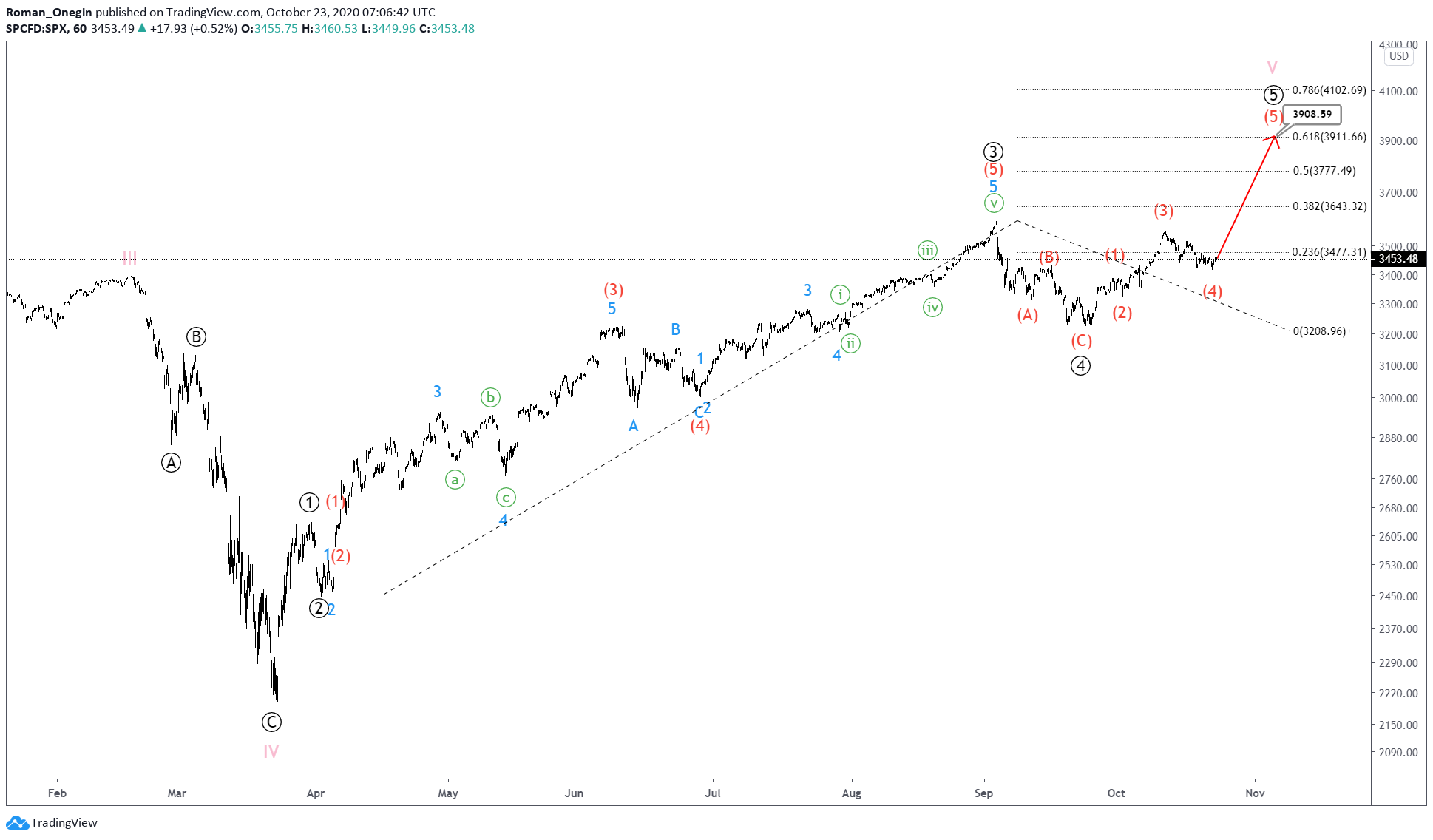 After that, we could expect the market to rise in primary wave ⑤.

We then saw the formation of bullish impulse wave ⑤.