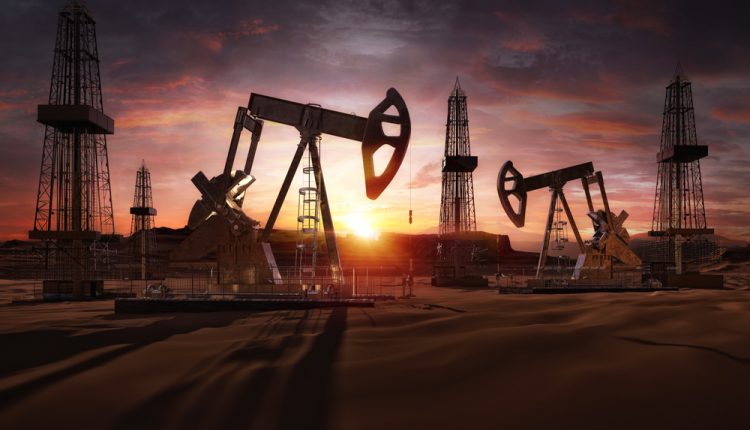 Crude oil prices came under pressure once again this week.

Against a broader backdrop of risk aversion, news of a fresh build in US crude inventories increased the selling pressure in crude.

The result was well above the 1.2 million barrels forecast by analysts. At this level, crude inventories are now sitting 9% above their 5-year seasonal average.

Production climbed to 11.1 million barrels per day, its highest level since July.

Part of the increase in production was down to offshore sites returning to production following closures during Hurricane Delta.

Elsewhere, the EIA reported that US gasoline inventories fell by 892k barrels over the week. This took them down to 226.1 million barrels which was in line with expectations.

At this level, gasoline inventories are now 3% above their five-year seasonal average.

Meanwhile, distillate stockpiles, including diesel and heating oil, were lower by 4.5 million barrels. This far exceeded expectations for a 2.1 million barrel drop.

Distillate stockpiles are now 17% above their five-year seasonal average.

Net US crude imports were higher by 122k barrels per day, adding to the build in inventories.

In terms of gauging demand, the total products supplied number was 11.9% lower over the last four weeks. This is in comparison to the same period last year, at an average of 18.9 million barrels per day.

Gasoline products supplied were 10.2% down on the same four-week period last year at an average of 8.6 million barrels per day.

Distillate products supplied were down 5.2% on the same period last year at an average of 4 million barrels per day.

Crude prices have been heavily impacted by the increasingly risk-off tone to markets as COVID second wave fears and US elections uncertainty continue to dominate price action. 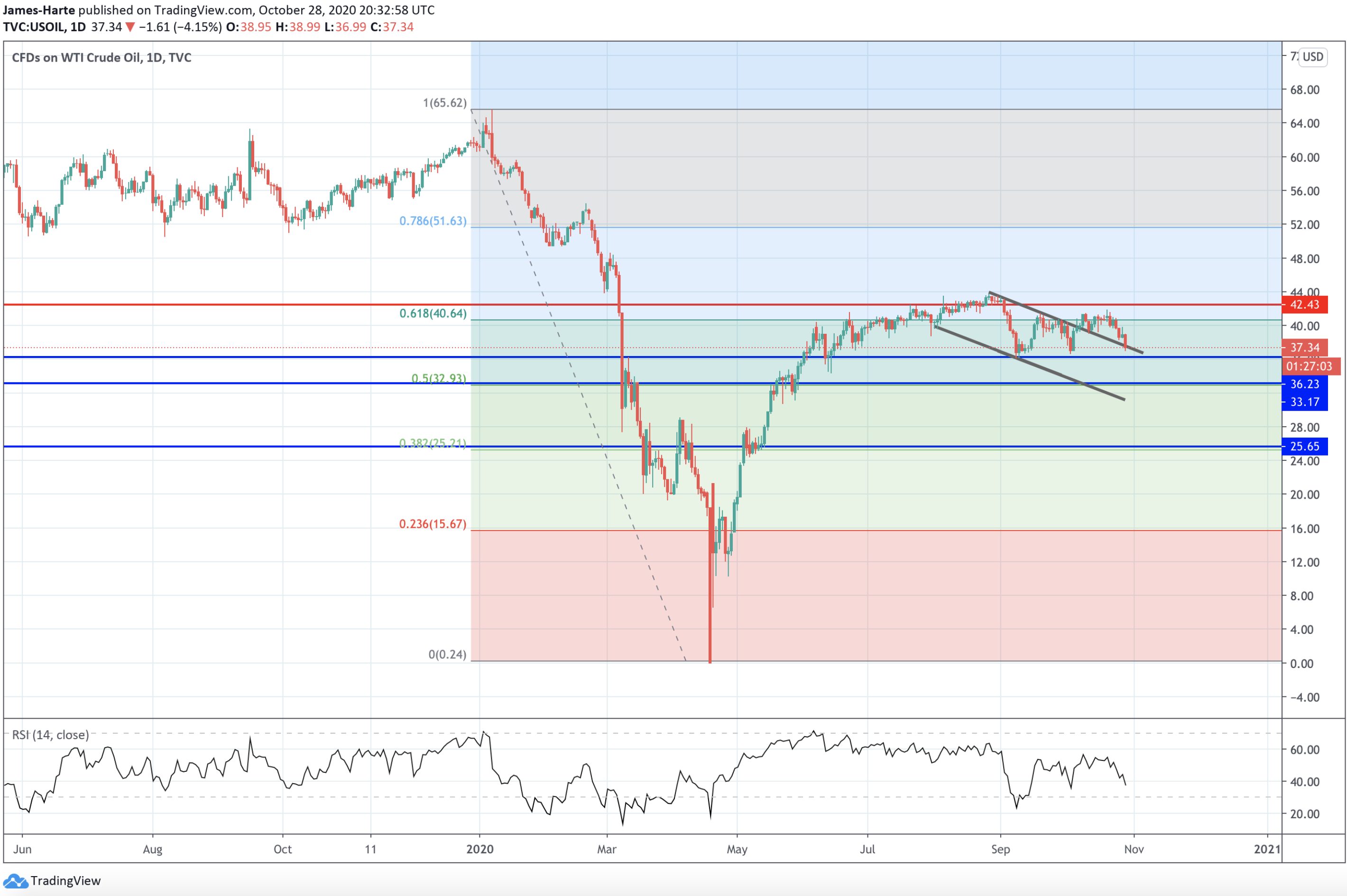 Following the reversal from the latest retest of the 50% retracement from 2020 highs, crude prices are now once again retesting the broken bearish channel which has formed over the recent correction.

Focus is now on the 36.23 level support which, if broken will open the 33.17 level next. Below there the channel low sits as the net support ahead of the deeper 25.65 level.