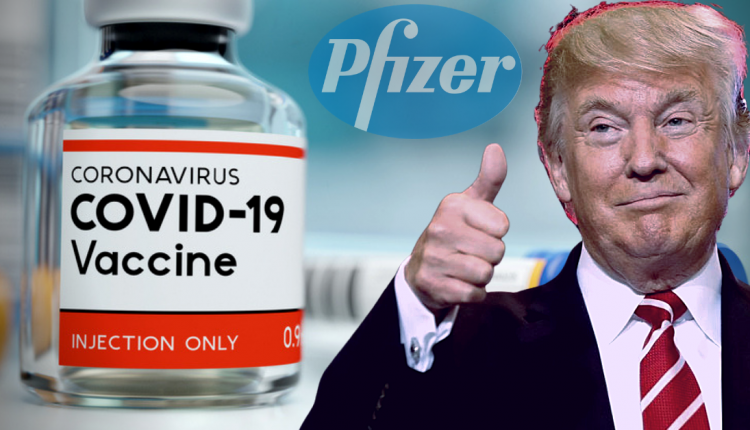 Shares in US pharmaceutical firm Pfizer are trading almost 1% higher pre-market on Wednesday.

Pfizer and its German partner BioNTech have been working on a COVID vaccine.

They have recently announced that they could be the first to find out whether their vaccine works.

The two companies have been running clinical tests on a group of 44,000 patients and have so far seen only 32 infections occur.

Pfizer announced that it has given itself four chances to achieve a preliminary result before attaining its target amount of 164. Other companies such as Moderna inc and AstraZeneca are also conducting trials of their own.

However, Pfizer’s appears to be moving at a faster pace, giving them an advantage over their rivals.

On an investor call on Tuesday, Pfizer said that participants in its trial were showing mild-to-moderate side effects when dosed with either its candidate vaccine or a placebo drug.

The company also noted that 12,000 of the 44,000 study group had been given a second dose of the candidate vaccine.

The US Food and Drug Administration (FDA) has said that for a vaccine to be approved, it must cut the number of symptomatic cases in half.

However, the diversity of symptoms associated with the virus makes it difficult. In addition, each drug-maker is reportedly using a slightly varied list of symptoms.

Typically, in medical studies of this size, the drug-maker will allow itself an early look at the data once or twice before the trial is concluded.

The trial can then be stopped if the treatment is deemed to be wildly successful or, alternatively, a failure.

However, Pfizer is giving itself four early looks at the data. This means it has four opportunities to end the trial early if it sees the results it wants.

This approach has raised questions among critics who share concerns over the stringency of the testing.

Trump also shared his projections that a vaccine could be ready in the coming weeks. 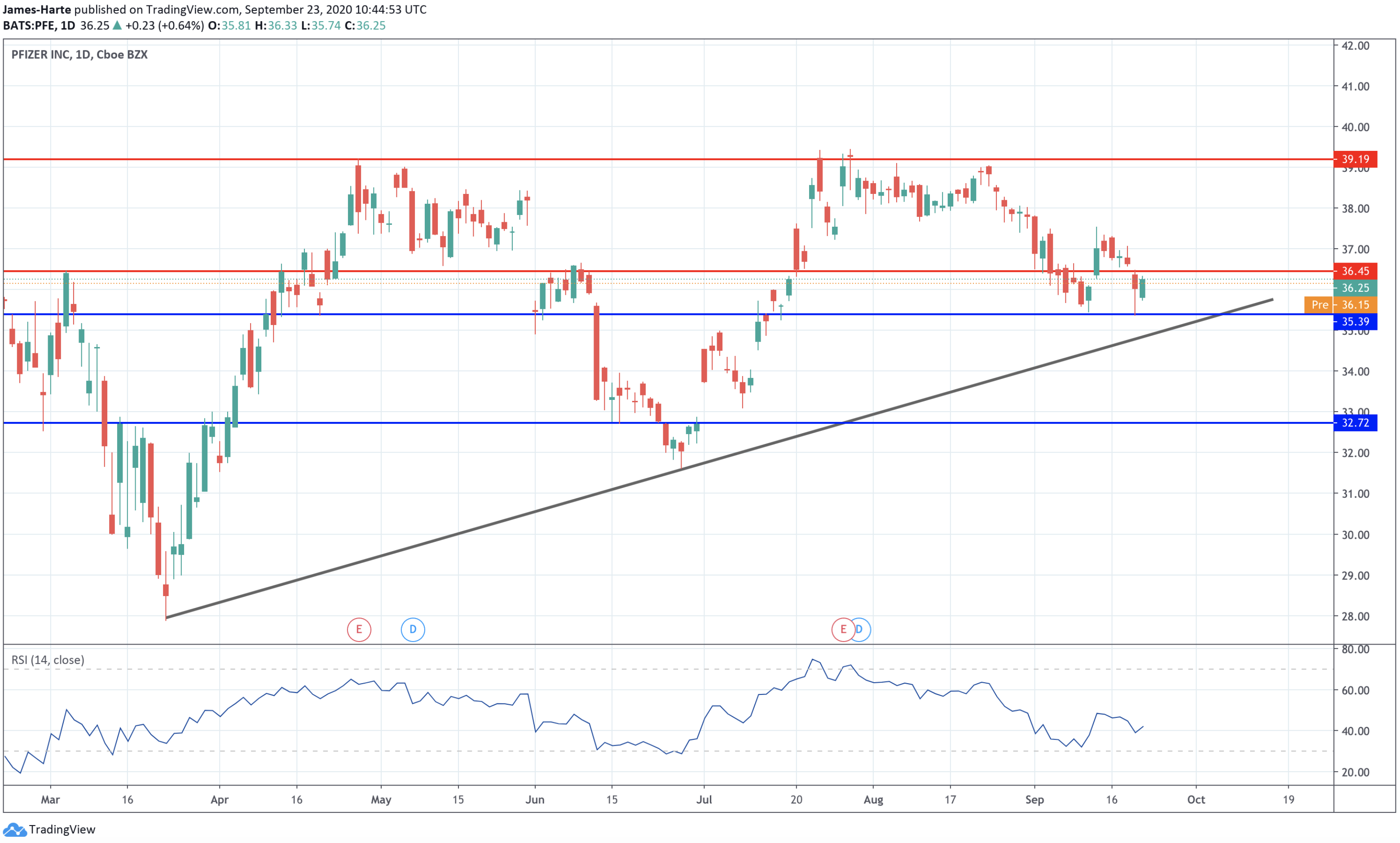 Shares in Pfizer have corrected lower following the failure at the 39.19 level. They have since broken down below the 36.45 level.

For now, the market has found support at the 35.39 level. While price remains above the bullish trend line, the focus remains on the continued upside in the near term.

However, should price break below the trend line, the next level to note is the 32.72 level support.