Will July NFP Deliver on Promises of a “Big Number”? 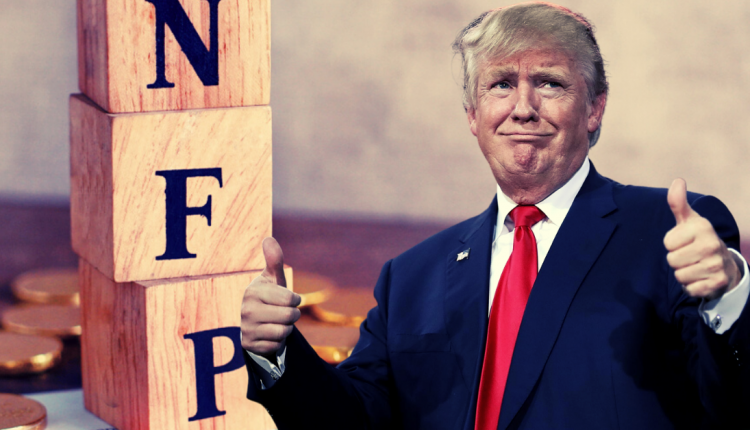 Yesterday, President Trump once again came out ahead of the big event of the week to tease that the NFP report would be significantly positive.

We should note that the President does have advanced access to the information – or at least part of it. Trump made a similar announcement last time, and the NFP substantially outperformed expectations.

On the other hand, there has been some recent data and some solid reasons for why the NFP figure should come in substantially below last month’s.

Congress is still at loggerheads even as the last of the emergency income supplements expire on Friday.

Where We Are at This Point

The NFP for April was the worst on record, showing a loss of 20 million jobs.

Since then, there have been 7.3 million jobs added, suggesting the US is far from returning to pre-COVID employment levels. Even if the expectations for July are met, the US wouldn’t have recovered even half of the jobs lost.

Meanwhile, over 15,000 small businesses have closed their doors permanently. Medium-to-large company bankruptcies are up 26% so far this year, the highest since 2009.

The ADP has lost some of its predictive reputation. However, yesterday, their jobs report severely underperformed expectations.

Just 167K jobs were added compared to 1.2M expected. On the other hand, they revised their June figure to nearly double (and put it in line with the NFP as actually seen).

The ADP has consistently underforecast the NFP figure since the start of the pandemic. However, the revision opens the door to the possibility that even if the NFP figure disappoints, a major revision of June figures could be in the cards.

In any case, substantial volatility immediately after the release is almost guaranteed, as the consensus on what to expect is rather shaky.

Projections are for the headline NFP to add just 1.6M compared to the blow-out of 4.8M in June. We’d have to have at least 2.7M in order to reach half the jobs lost since the beginning of the pandemic.

Expectations are for the unemployment rate to continue to decrease, down to 10.5% compared to 11.1%. But, a portion of that is due to the expectation of a drop in labor force participation, as states returned to lockdown.

Predictions are for average hourly earnings to continue to fall, as it was primary lower-income earners who lost jobs and would be returning.

EURUSD Flirts Near July Highs Ahead Of Payrolls Report