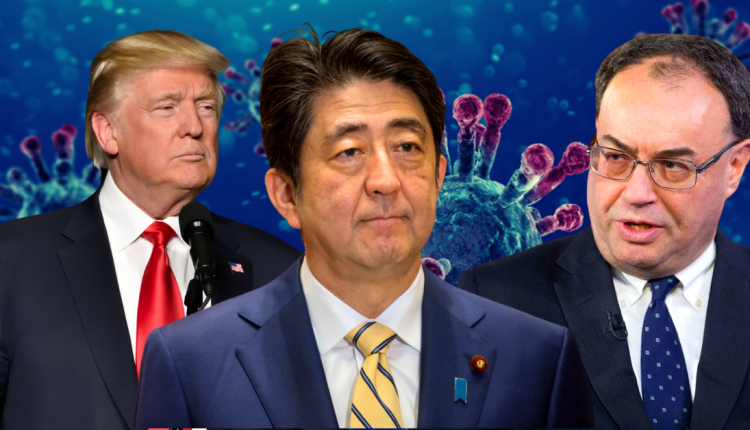 Durable goods orders in the US rose by 7.3% in June, marking a sustained rebound after the plunge earlier this year.

Data from the Commerce Department also showed a downward revision of May’s data which now stands at 15.1%.

Economists hoped an increase of 7.2% for June, but data beat estimates by a small margin. Orders for transportation drove the increase, rising 20% in June following a 78.9% increase in May.

The official data showed that orders for motor vehicles and parts jumped 85.7% which offset the declines for aircraft and parts orders.

Business confidence in Germany, Europe’s largest economy, continued to rise in July. Data showed that businesses were more satisfied with the current situation.

However, there was some optimism for the months ahead. Data from the German Ifo institute showed that business confidence rose to 90.5 in July, up from 86.3 in June.

Economists forecast that business confidence would rise to 89.3 during July. The assessment for the current situation also strengthened during the month.

Industrial profits in China rose at a faster pace in June following the easing of restrictions. Data from the National Bureau of Statistics showed that industrial profits rose by 11.5% on a yearly basis in June.

This follows a 6% increase in May. Profits were recorded in steel, which rose by 35.3%. During the first half of the year, however, industrial profits fell by 12.8% comparing to the same period last year.

It also said that it was committed to maintaining the current liquidity. This means that the central bank will continue with its bond purchases.

The Fed’s stated that there were small encouraging signs in economic activity and the employment sector. However, it noted that these levels were still significantly lower than since the start of the year.

The central bank also extended its lending facilities by another three months.

US Economy Contracts at a Record Pace in Q2

The latest quarterly GDP data from the United States saw the economy contracting at the fastest pace since the Great Depression.

Official data showed that on an annualized basis, GDP fell 32.9% after a 5% drop in the first quarter.

Japan will start off the week with the release of its quarterly GDP report. Data shows that economists forecast a 0.7% decline on a quarterly basis.

On an annualized basis, the GDP is forecast to fall more than 26%. The preliminary quarterly GDP report will also see the Japanese economy in a contraction for the third consecutive quarter.

Japan’s economy started to contract since the Abe government introduced the sales tax hike in October 2019.

The Bank of England will be holding its monetary policy meeting this week on Thursday.

Forecasts show that the central bank will remain on the sidelines. Interest rates are also unlikely to change at this week’s meeting.

Policymakers will also refrain from further injecting more stimulus into the economy. Investors will be looking to the BoE’s prognosis on the post-COVID-19 economy.

The UK’s economy shrank by a quarter from February to March.

The monthly manufacturing and non-manufacturing PMI reports will be released by the Institute of Supply Management this week.

In the manufacturing sector, ISM PMI is forecast to rise to 53.6 in July, rising from 52.6 in June.

Non-manufacturing or the services sector is, however, forecast to show a modest decline.

Non-manufacturing PMI could fall to 55.0 after rising to 57.1 in June. This comes amid continued cases of the pandemic in the United States, which has kept many services sector from re-opening.

US Unemployment Rate to Ease to 10.5%

The monthly payrolls report is due on Friday. Economists project that the official unemployment rate will fall to 10.5% from the 11.1% increase in June.

The monthly payrolls are forecast to show 1.5 million jobs added during the month. But the pace of payrolls shows a strong decline compared to the 4.8 million jobs in the previous month.

Average hourly earnings continue to maintain a negative trend and forecast to fall 0.5% on a month over month basis.