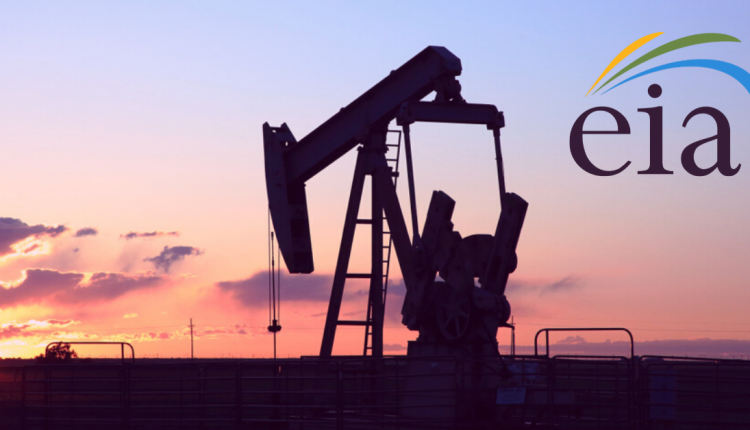 Crude oil has seen a fresh break higher this week. The market found all new upward momentum in response to the latest data from the Energy Information Administration.

The decline marks the fifth straight week of droppng US crude levels. It comes as exports were surging at their quickest pace in 18 months.

The data also showed that refinery utilisation runs rose by 225k barrels per day over the week. They moved up by 1.1% back to 85% of total capacity. This marks their highest capacity levels since March.

Gasoline stores were also lower over the week, falling by a large 4.6 million barrels per day. This was a much deeper decline than the 1.5 million barrel drop forecast.

Gasoline stockpiles are now around 5% higher than the five-year average for this time of year.

Distillate stockpiles, which include diesel and heating oil, on the other hand, were higher by 1.4 million barrels. They are now roughly 24% higher than the five year average for this time of year.

The continued weakness in the US dollar has also helped keep crude oil prices well supported. The dollar has remained under pressure recently despite better US data.

The market is eagerly anticipating comments from Jerome Powell this week. The Fed chairman is expected to outline the central bank’s new inflation strategy for bringing inflation back up to its 2% target.

While the continued decline of US crude stores is encouraging, the level of demand for US fuel products is still well below where it was at pre-virus levels.

The total products supplied measures, which acts as a proxy gauge for the level of demand in the market, was seen lower by 14.6% over the last four-week period, versus the same period last year.

Gasoline products supplied was lower by 9.8% versus the same four-week period last year.

This supports the news that US crude exports jumped, suggesting that demand is not being seen on a domestic level but from the international market. 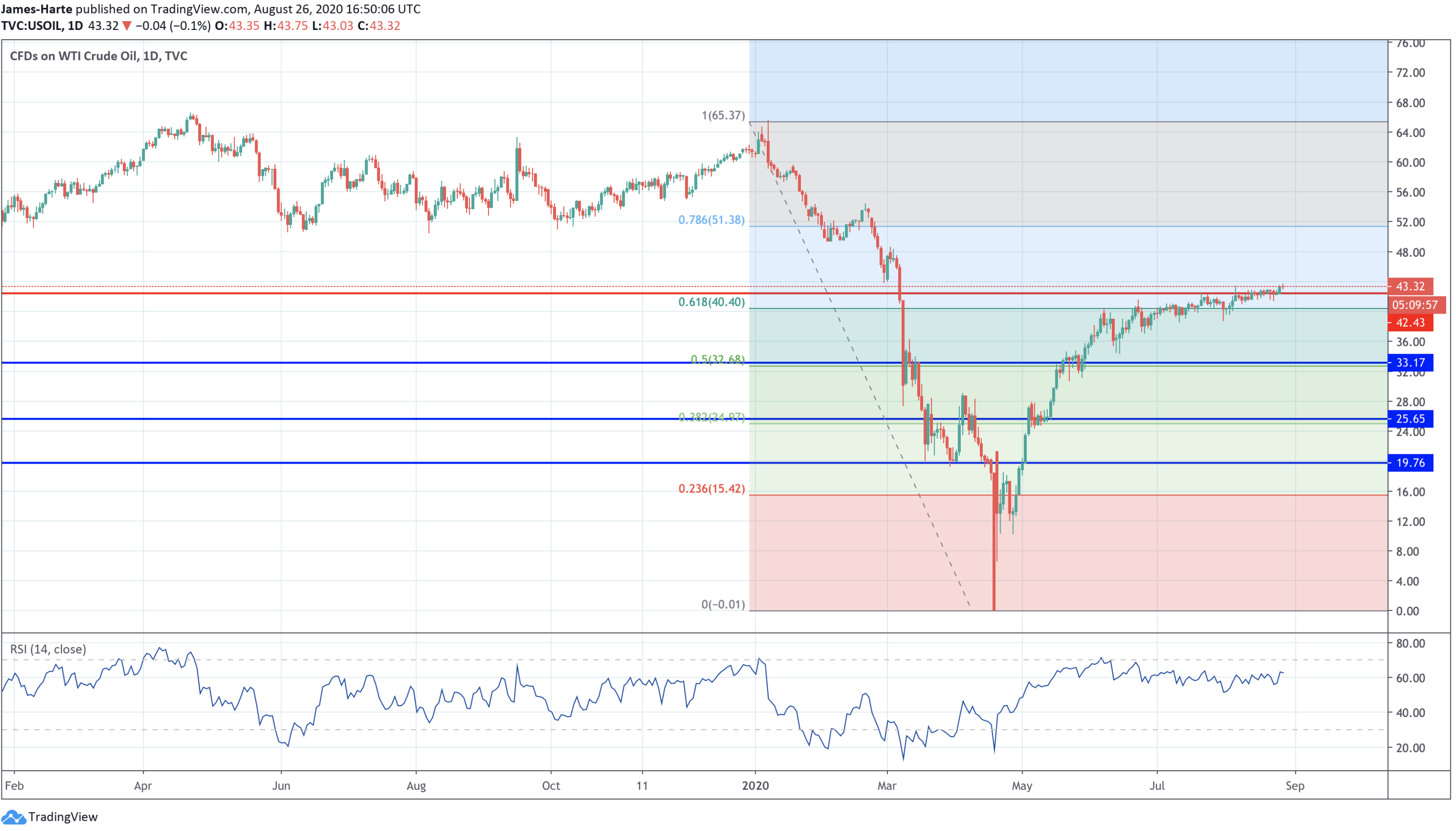 Crude oil prices have broken above the 42.43 level this week, with price now sitting well above the 61.8% retracement from year to date highs.

While above here, the focus is on continued upside with the 78.6% retracement around the 52 level the next upside target to note. However, the RSI indicator is showing bearish divergence here and as such, the risk of a reversal lower is noted.

Gold Pares Losses, But Yet to Regain the 2000 Level

Will Powell Deliver a Major Shift in Policy Setting?