What is Reflation & How Can It Affect the Markets? 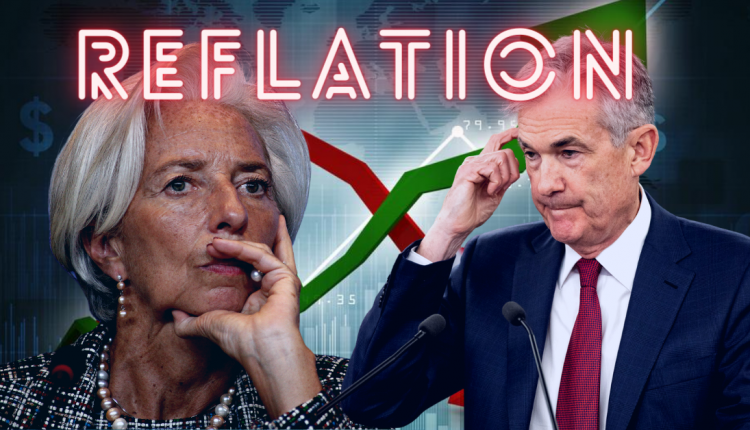 Normally, following a period of economic uncertainty, like a recession, there is a period of deflation.

Why would central banks want there to be higher inflation? Increasing prices make people unhappy, so it’s not immediately obvious why inflation is something that governments might want.

The current economic consensus is that a modest and steady increase in prices encourages people to spend money, businesses to invest, and keep the velocity of money up.

On the contrary, if prices are going down, then people are more likely to “save” or “hoard” their money to buy things later when they are cheaper. Circulation slows down, shrinking the economy and eventually people’s salaries drop.

The Peculiar Case of the US

Inflation is most often caused by excess government spending. Because of that, a rapidly increasing CPI is usually the constant problem that most central banks have to deal with.

Virtually every country in the world has seen the destructive impact of high inflation. People have literally carried wheelbarrows of cash to buy bread!

The US, however, maintained the gold standard through some of the most economically tumultuous times. And they’ve had to deal with the opposite problem.

Thus, while most central banks fear a sudden spike in inflation, most US regulators are worried about falling into a deflationary spiral. The practical upshot of this is that US monetary policy tends to favor increasing inflation, while other central banks are more hesitant to engage in “reflation”.

The markets hate uncertainty, and both inflation and deflation mean that it’s a lot harder to predict the value in the future. One, because prices change. Two, because central banks and regulators are going to initiate policies to try to get it under control.

Over the last several months, central banks and governments have injected massive amounts of money into the economy. Traditionally, this is supposed to increase inflation, as the size of the monetary base has expanded.

On top of that, some central banks are talking about allowing inflation to increase above their targets for a period of time.

You Don’t Know the Future Until it Happens

The thing is, we won’t know what inflation is going to be like now. Nor do we know how it will be in the next several months. We only know after it’s over.

So, while we can say that it’s very likely we are in a reflationary period, and regulators are actively trying to achieve that, it will be several months before we can look back and know for sure.

In the meantime, keep an eye out for stock underperformance if CPI change starts moves above targets.