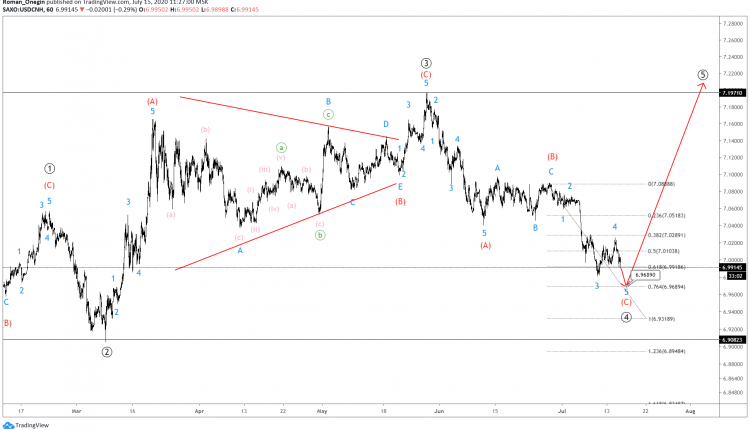 The primary structure of USDCNH resembles an ending diagonal.

It consists of waves ①-②-③-④-⑤ and has completed its first three parts already at the time of writing. Wave ④ could end correcting shortly.

An intermediate 3-wave move in sub-waves (A)-(B)-(C) is under development in wave ④.

Waves (A) and (B) are complete. Wave (C), however, has not completed its full course.

Then we could expect the last bullish move in wave ⑤, near wave ③’s top.

An alternative scenario suggests that the primary impulse ended already near 7.20 high.

When it comes to reversals, those are followed by impulsive rather than corrective structures.

Therefore, we can expect a decline in the previous low at 6.906. This is the low formed by primary correction wave ②.

A Rebound in China Q2 GDP?